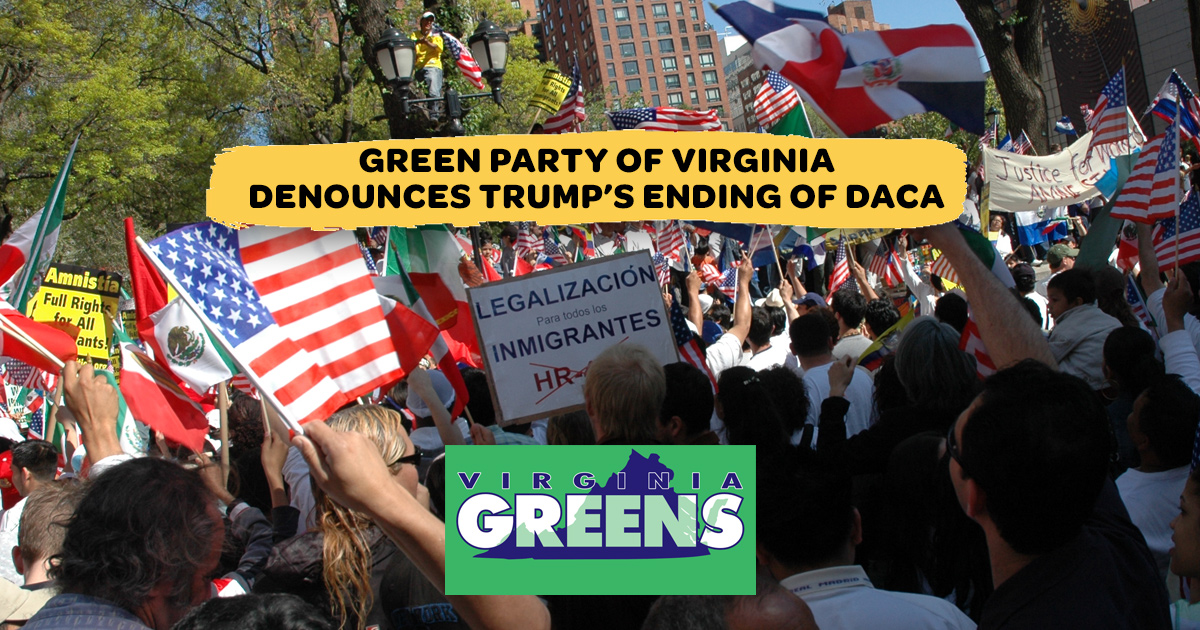 RICHMOND, VA – The Green Party of Virginia strongly opposes President Trump's decision to end the Deferred Action for Childhood Arrivals program, commonly known as "the Dream Act" or DACA. This program protects immigrants who came to the U.S. as children and have fully assimilated into our culture and institutions, are gainfully employed, pay taxes, and have committed no crime. These people were brought here by others and should not be punished for it. DACA has shielded hundreds of thousands of young immigrants from deportation to a nation that most do not even know, granting them a status that allows them to work legally in the United States while pursuing citizenship.

GPVA Co-chair B. Sidney Smith said, "President Trump's decision, if carried through, will rip parents from their children, and husbands and wives from one another, to send them to a country they have never known and whose language they do not speak. It will condemn hundreds of thousands of our neighbors to the ruination of their lives and relationships, solely to feed the paranoia and nativism of a misguided minority. The majority of Americans who are people of conscience can feel only horror at this outrageous decision."

As a nation of immigrants, we need to improve our immigration system, making it less complex and expensive, more fair and reasonable. This recent action by Trump is deplorable and immoral. The Green Party of Virginia calls for DACA to remain in force because these hard-working youngsters need a legal path to citizenship, not the destruction of their families.