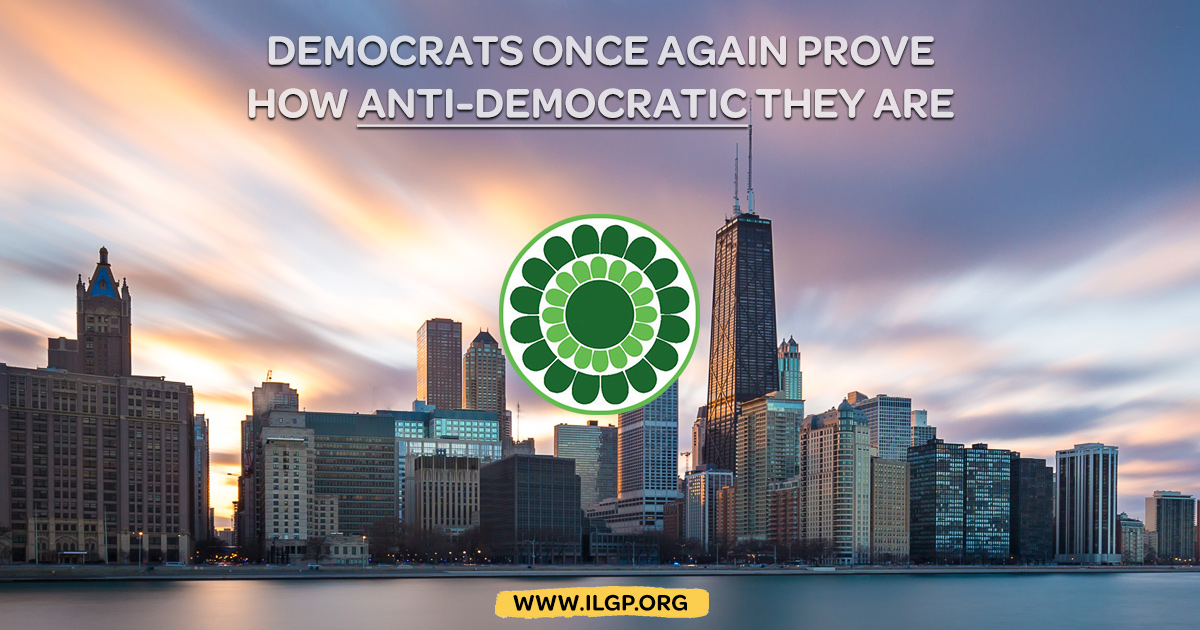 Cook County voters, be aware: the Illinois Green Party is an established party in Cook County, with a primary ballot for the March 20th election, and a valid write-in candidate (who will need 1,720 write-in votes to qualify for the November general ballot).

YOU HAVE THE RIGHT TO VOTE IN THE GREEN PARTY PRIMARY IN SUBURBAN COOK COUNTY!

However, the Cook County Clerk's office has not made paper ballots available. All Green Party votes must be cast on the touchscreen machines.

We have had multiple reports now of voters going to their polling place, asking for a Green Party ballot, and being told that those aren't available, and offered the choice of Democrat/Republican ballots instead. Voters from at least seven of Cook County's townships have reported being denied Green Party ballots by the poll workers, and told to select Democrat/Republican ballots instead.

DO NOT ALLOW POLL WORKERS TO DENY YOU A GREEN PARTY BALLOT!

If you are voting in suburban Cook County, you have a legal right to vote in the Green Party primary. Tell the poll workers that you want the touchscreen machine set up for the Green Party ballot. Do not accept any other party's ballot, or the nonpartisan ballot.

If you have any problems, or encounter any attempts to deny the availability of a Green Party ballot in suburban Cook County, please contact us at (773) 809-4547, and call the Cook County Clerk's Election Day ballot hotline at 312-603-0920.

(Please note: the above applies only to suburban Cook County voting locations. The City of Chicago has refused to make a Green Party primary available in any form, which is the subject of a separate legal dispute. City of Chicago voters will not be able to cast any Green Party votes in the March 20th primary.)