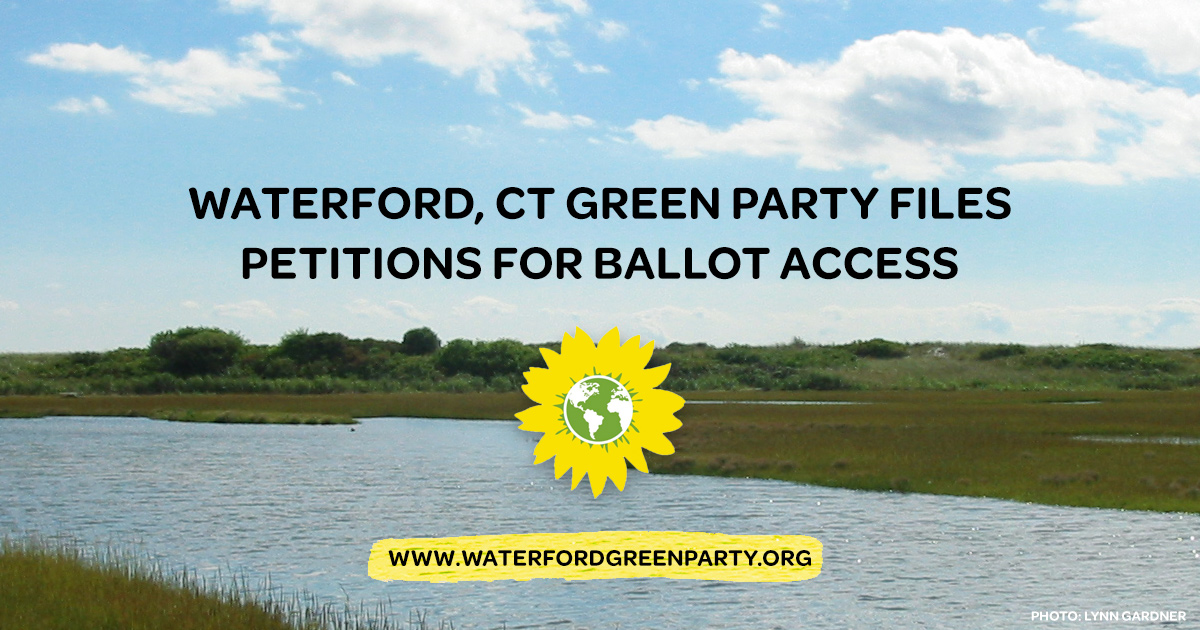 Waterford, CT - On Monday, August 7, 2017, Waterford Green Party co-chairs met at Waterford Town Hall with seven petitions to file with the Town Clerk. Due to state regulations around elections, any party outside the Democratic and Republican parties that have not previously run candidates for that office in the previous election are required to petition in order to put their candidates on the ballot. This year, the Greens were required to receive at least 49 signatures from registered voters in town in order to make the ballot. The Waterford Greens were successful in this endeavor, filing over 60 signatures before this week's deadline.

After this year's election, the Waterford Green Party expects to hold ballot access for eleven different town and state offices, leaving them with only a handful to petition for in future elections. The 2017 election is shaping up to serve as a major milestone for the party that aims to continue to grow and become a staple within the Waterford town government and community at large.

WGP candidates can be reached for comment at [email protected] Beyond the campaigns, the Waterford Green Party is helping to produce the Bright Theatre Festival at East Lyme High School on August 11-12, which will aim to raise money to promote mental health and suicide prevention. Their next regular meeting will be held at 10:00am on Saturday, August 26, and all Waterford residents are welcome to attend. More campaign events are being planned and will be announced over the next few months on their website, waterfordgreenparty.org.