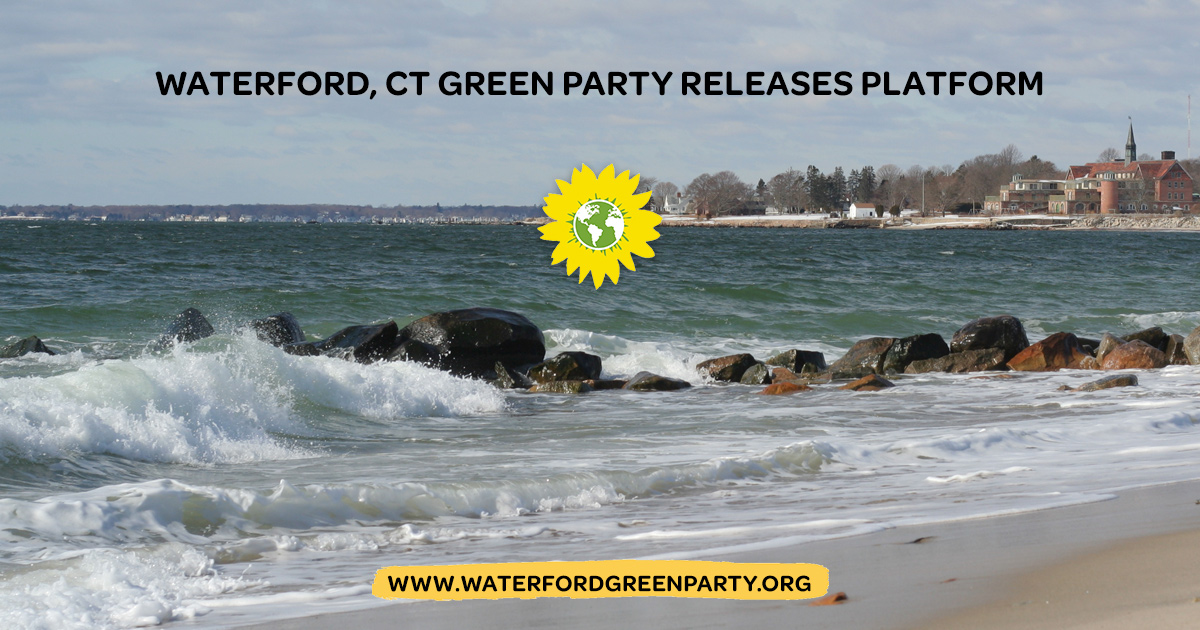 Waterford, CT – On Saturday, August 26, the Waterford Green Party (WGP) unanimously voted to adopt their 2017 Platform. The document outlines five areas in which they wish to see town policy change: local economics, environmentalism, infrastructure, education, and government transparency. Under each category, the party puts forth numerous ideas for how to improve town management, maintain a balanced budget in the face of Millstone’s potential closure, lessen environmental damage, improve the quality of the education given to our children, and more. In total, the 2017 platform lists 36 ways in which the party wishes to change town operations, and the WGP is confident that the vast majority of these common-sense proposed policies will be of interest to liberal, conservatives, and independents alike.

The WGP was the only political party in town to release its own platform in both 2015 and so far in the 2017 election cycle, and it hopes that the town will consider its proposals as they head to the polls on November 7th, 2017. The platform is available online at waterfordgreenparty.org/platform.

WGP candidates can be reached for comment at [email protected]. Beyond the campaigns, the Waterford Green Party is hosting a pasta dinner and trivia night at the Waterford Community Center on Sunday, September 17 from 5:00 – 8:00 pm. Their next regular meeting will be held at 10:00 am on Saturday, September 30, and all Waterford residents are welcome to attend. More campaign events are being planned and will be announced over the next few months on their website, waterfordgreenparty.org.