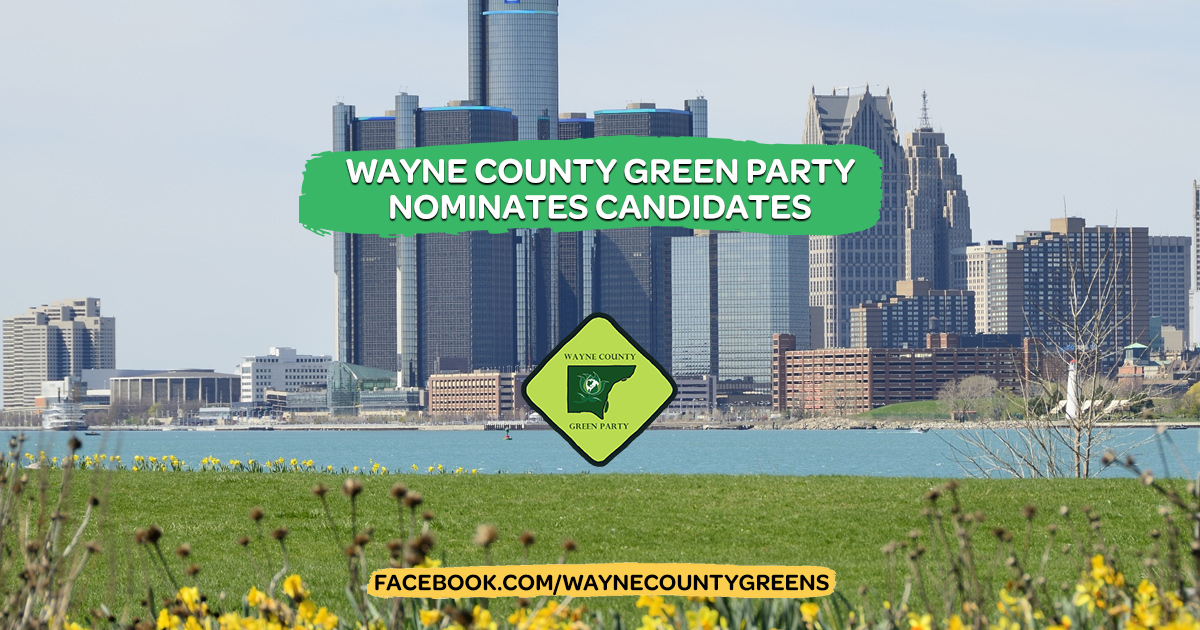 She continued, “It will take an enormous amount of work to even come close to filling the shoes left behind by Congressman Conyers”. Wilcoxon’s decades of fighting for the residents of Metro-Detroit has prepared her for such a task. According to Wilcoxon, “The tenants of the Green Party such as grassroots democracy and inclusion are at the forefront of my political experience”, and she looks forward to fighting for voter access, ballot access, living wage jobs, healthcare for all, and making America greater than she currently is.

Local activist, Reverend David Alexander Bullock, accepted the Green Party nomination for the 1st State Senate seat vacated by Coleman Young II. Bullock is excited to have received the nomination, stating “The myth that we only have two parties to choose from has cheapened our politics and bred a culture of apathy,” Standing as a strong candidate with his background as a community leader, Bullock believes it is time for a real progressive and insurgent movement that addresses the urgent issues of citizens. “I look forward to being a part of this movement and engaging voters through my candidacy,” he continued.

Both Wilcoxon and Bullock will be on the November General Election ballot, with Wilcoxon running for both the full and partial terms for the 13th Congressional seat.