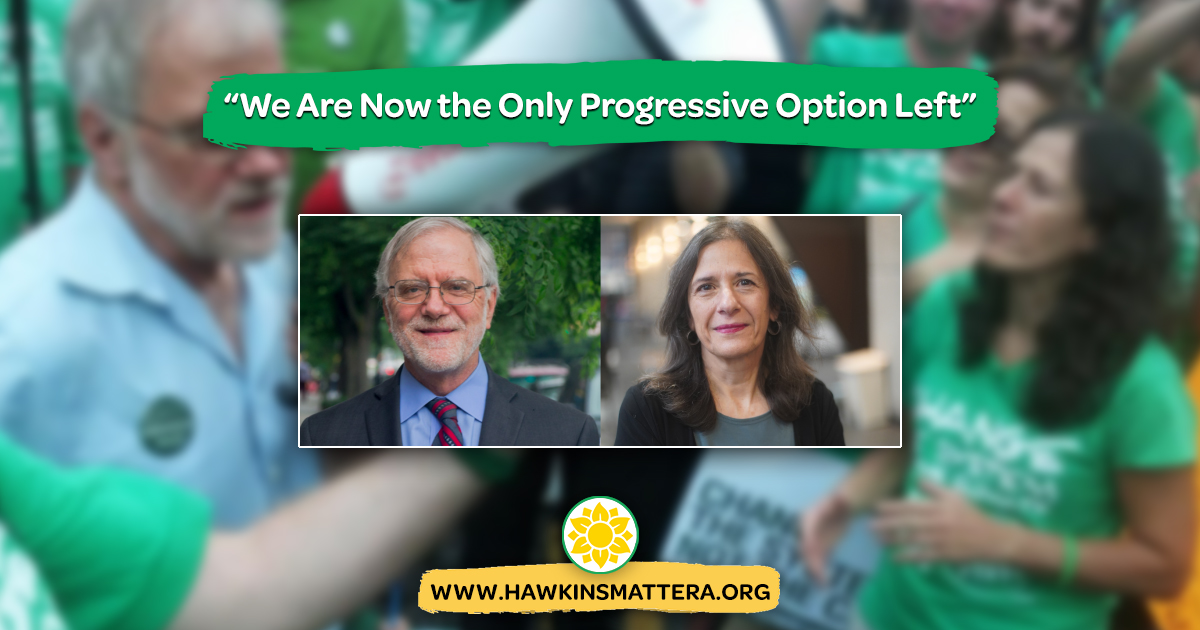 The Green Party of New York gubernatorial ticket of Howie Hawkins and Gloria Mattera said that they are the only option for progressive voters after the defeat of Jumaane Williams for Governor and Ana Maria Archila for Lt. Governor in the Democratic primaries on Tuesday.

"We are now the only progressive option left after the primary elections. The Green ticket is now the only way to vote for the economic, social, racial, and environmental justice programs that progressives in New York have been demanding, including universal public health care, universal public child care, building public renewables, building affordable public housing, tuition-free public college, and more progressive taxes to pay for these reforms," said Howie Hawkins, the Green nominee for Governor.

"A Green vote will also expand the progressive agenda beyond what the progressive Democrats have been willing to do concerning voting rights and democracy," said Gloria Mattera, the Green nominee for Lt. Governor. "A Green vote is a vote for a fair ballot access law that gives voters all their options. It is a vote for ranked choice voting for statewide offices and proportional representation in the legislature through ranked choice voting in multi-member districts. It is a vote to make New York an inclusive multi-party democracy."

None of these programs and policies that the Green candidates advocate are supported by the Democratic ticket of Kathy Hochul and Antonio Delgado or the Republican ticket of Lee Zeldin and Alison Esposito.

The Working Families Party announced in April that they would not run their endorsed candidates, Jumaane Williams for Governor and Ana Maria Archila, on their own ballot line if they lost their Democratic primaries.