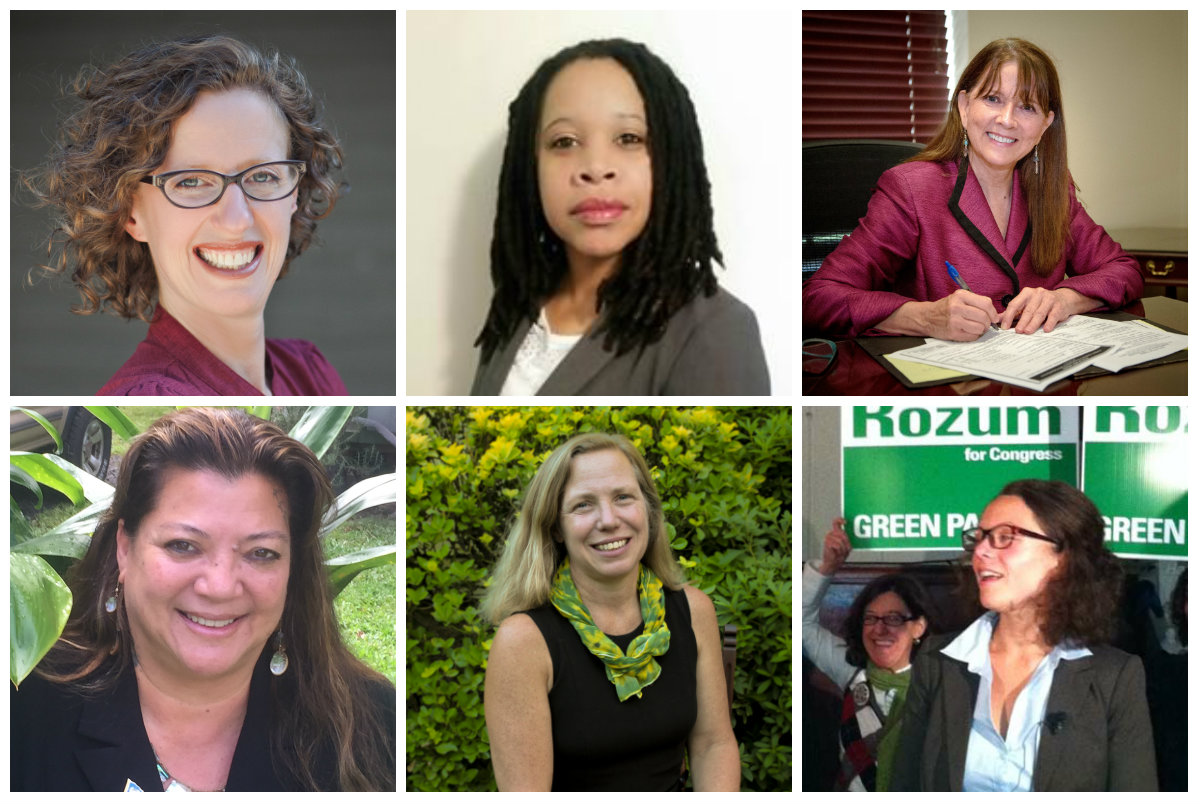 This webinar is designed for women candidates, and those considering a run for office, to learn more about the challenges and considerations that running as a woman entails.  This particular session will feature two Green women who are current and former candidates:

This call is scheduled for 9 PM in the Eastern time zone.

More about our speakers:

Karen Kubby is a social activist and national third-party political workshop speaker who served 11 years (1989-00) as Iowa City council member, and directed Emma Goldman Clinic (1999-08). Co-owner with her sister, Laurel, of  Beadology Iowa, she teaches, creates, and sells pottery, craftwork and jewelry. Her impact on local political life has mushroomed, especially "green" and "progressive" causes. After two unsuccessful candidacies, her election to city council brought ascendancy of her voice for socialism and liberalism locally and beyond.

Cheri Honkala is currently the Green party candidate for State Representative in a special election in Philadelphia.  She is a long-time activist and founding member of the Poor People's Economic Human Rights Campaign (PPEHRC). Cheri has lived experience with poverty; she is a formerly homeless mother and has been to jail for justice numerous times.  She is also known by many Greens as the party's 2012 Vice Presidential candidate, running along Jill Stein.  Prior to that, she ran for Sheriff of Philadelphia on the Green Party ticket.

This call is co-sponsored by the Green Party's National Women's Caucus.

EXTRA: Here is a link to several short videos on Media Tips for Women Candidates: http://www.gp.org/media_tips