Where are the Greens in the Green New Deal? 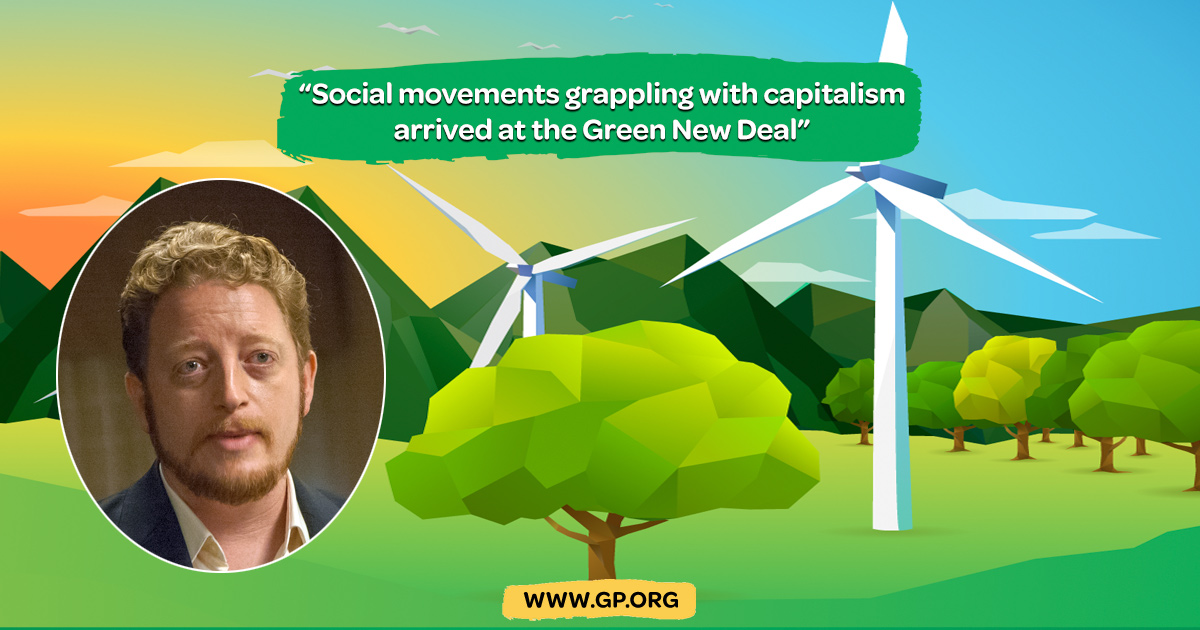 I spoke with Manski via phone last week, about his thoughts on social movements and the current political moment. 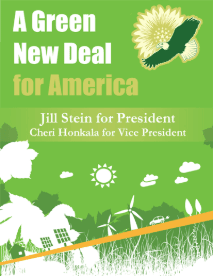 Q: Tell me about some of the previous iterations of the Green New Deal you’ve been involved in.

Ben Manski: First, I appreciate the leadership of the Sunrise Movement in bringing this forward so forcefully now. It’s also helpful to acknowledge that from the 1990s into late 2000s, it was the Green parties of Europe and the international alliance of Green parties called the Global Greens that developed the Green New Deal agenda.

Q: A recent article in the New Republic states, “The Democrats Stole the Green Party’s Best Idea.” Did they steal it?

The people who developed it from the 1970s to the 1990s were generally involved in some way with the Greens. They were activists rooted in both the labor and the environmental movements, and saw a program of economic conversion as a way to deal with what Richard Grossman and Frank Kazis called “Fear at Work,” in which working people and vulnerable communities are blackmailed by major corporations into accepting the poisoning of ourselves and our environment so that we can afford to eat and pay for shelter and other necessities.

These basic red/green politics never went away. They kept developing. The 1990s gave rise to the environmental justice movement, as well as a series of programs for economic transition and community sovereignty; for instance, the work of Winona LaDuke and the White Earth Land Recovery Project.

Another leading person from the 1990s was Judi Bari, the Earth First! and IWW organizer, who inspired a wave of labor union-environmental organization alliances. And there were other inspirational activists and projects. By the 2000s those efforts were becoming mainstream through big, well-funded projects like the Apollo Alliance and eventually, the brief Green Jobs for All program of the early Obama Administration.

By the mid 2000s, the European Greens had developed a program they called the Green New Deal. The Greens in the U.S. got with that program in 2009-2010 thanks to the leadership of Howie Hawkins and Marnie Glickman and others.

Q: What is the relationship between the Green New Deal and the #ClimateStrike?

Manski: The #ClimateStrike is a direct action mobilization for the Green New Deal. In 2014, I authored with Jill Stein “The Global Climate Strike: Why We Can’t Wait.” In that essay we argued the necessity of a global strike that, quote, “stops the economic and political systems responsible for the climate crisis.”

Notably, Australians were the first to take these ideas really seriously. A number of campaigns were built by young people there as well as in Europe, with Greta Thunberg becoming a leading spokesperson for the wave.

Q: So what might happen with the newest versions of the Green New Deal?

Manski: As others have already articulated, there are different “green new deals,” among them a green one, a progressive one, and a liberal one.

The liberal frame is technocratic, deals hardly at all with employment and poverty, and is focused pretty much entirely on a technological shift.

The progressive frame includes a major focus on employment and economic justice, but it excludes the original politics around militarism and war and is less systemic in its approach to democratization: There’s a little talk about cooperatives, but it’s not a wholesale democratization of the economy.

The green version is not only more urgent—demanding more on every front with programs for full employment, a ten year conversion, and so on—it’s also focused on power: on democratizing production and exchange and on ending the war machine, which itself is one of the major drivers of climate change.

Q: Where do you see AOC in this?

Manski: Representative Ocasio-Cortez is clearly articulating a progressive frame for the Green New Deal. And let’s be clear: All three frames encompass policies that, if implemented, would mean system change. Even the liberal approach would, if actualized, mean the end of a sector that has dominated global capitalism for the past century. That matters.

Carbon capitalism is a mode of production that produces very reactionary politics, patriarchal social relations, and episodic state violence, as well as, possibly, the end of our world. Even a liberal GND would mean that some other form of capitalism had become dominant.

Manski: Well, luckily, it’s not just up to liberals. I don’t think the ambitions of progressives or of moderate socialists are limited to a kinder, gentler form of high road capitalism. And greens and ecosocialists and millions of young people are certainly committed to a post-capitalist, and better, world.

I think those moving the progressive version of the Green New Deal would do best to find a common frame with the Greens. Rather than pretend that the Greens aren’t a part of this story (and that pretending has been going on), they should think about the role that the Greens can play.

Similarly, for Greens and the movement streams they roll with, there is a need to recognize that the Green New Deal is at once system-changing and also a compromise from the beginning to end.

There are different “green new deals,” among them a green one, a progressive one, and a liberal one. All three frames encompass policies that, if implemented, would mean system change.

For me, a good society is not one in which some people own other people’s labor or own other living beings, and even the Green Party’s Green New Deal doesn’t address those questions sufficiently. Greens need to own up to the fact that it is a compromise that we proposed. Let’s stop complaining about being out-led, and fight for the best version we can get. We made this opportunity: Let’s opportunize!

Q: I know you talk often about what you call “the myth of the spontaneous uprising.”

Manski: Yes, as an activist involved in building up to and through the Seattle WTO protests, the Ohio Recount, the anti-war movement of 2001 to 2008, the mass backlash against Citizens United, and particularly the Wisconsin Uprising of 2011, the phrase “spontaneous uprising” has long rankled me.

One major mobilization that particularly influenced me was the youth-led anti-austerity and pro-education actions in Italy in 2008. A prominent media figure in Italy described those actions as an anomalous wave; the activists ridiculed that idea by taking on the name Anomalous Wave themselves to describe their uprising. They created a leader, a Max Headroom-like meme figure they named “Anna Adamolo.” She became a face of that movement. And they became one of the models for the Wisconsin Wave.

As an academic these days, I’ve turned the activist focus on movement building into a source of scholarship. Anyone who is interested can read more at my website.

Q: A lot of people believe we are in a conjuncture, a historic moment from which there is no going back.

Manski: There are so many forces in motion right now, such major systemic shifts in play. How could that not be the case? I think most progressives who are paying attention see the next major climate and economic disasters coming sooner rather than later, expect conditions of precarity and indebtedness to spread, and expect the few remaining employment sectors that have demonstrated some stability to lose that stability.

Most of us expect the politics of resentment—of white supremacy and misogyny and xenophobia—to remain a terrible force in U.S. culture in the near term, until it is defeated not just politically and culturally but also economically.

But many of us are beginning to see a sunrise on the horizon: The possibility of genuine democracy as direct democratic governance and exchange become evermore technologically viable at scale and as expectations for democracy are raised up.

In the 1990s, you and I and a relatively small network of activists were talking about the need for a democracy movement in the United States. Today, there are many pro-democracy initiatives underway and the frame of “democracy movement” is much more commonplace.

So the overall picture? I see popular movements today that are more explicit about what’s wrong with capitalism, that are demanding more of leaders and themselves, and that are capable of demanding more, than at any point in in my lifetime. And just in time, because the challenges coming may prove several orders more dangerous than those we’ve faced over the past fifty years.