Wisconsin Green Party clears hurdle to appear on ballot in 2024 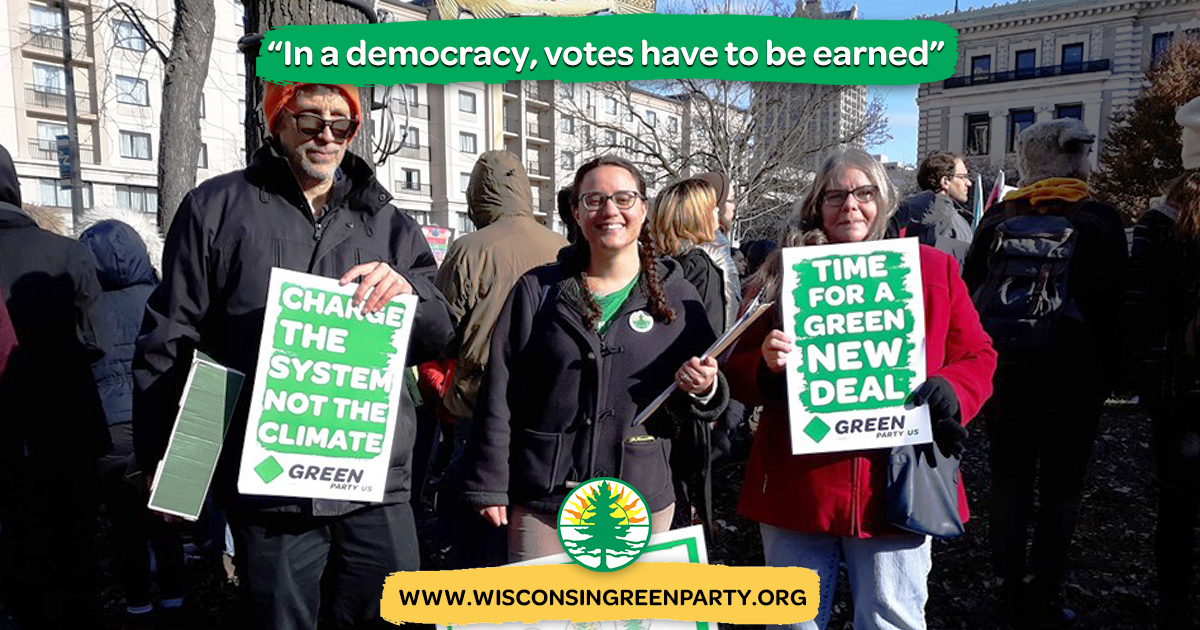 Wisconsin's Green Party has cleared a hurdle necessary for the party to appear on the ballot during the November 2024 presidential race.

Although Green Party candidate Sharyl McFarland came in last place during a four-way race for Secretary of State this November, she did clear a crucial threshold by taking nearly 1.6 percent of the vote. At least 1 percent of the vote was necessary to allow the party to request recognized status in upcoming elections.

During the last presidential election in 2020, the Green Party tried another avenue by gathering signatures to place presidential contender Howie Hawkins and vice presidential candidate Angela Walker on the ballot. But Democrats argued that many of the signatures weren't valid because some petitions listed an incorrect address for Walker, and there were too few signatures certified by the Wisconsin Election Commission for the party's candidates to qualify.

The Green Party sued the Elections Commission, but Wisconsin's Supreme Court rejected the lawsuit, arguing a ruling would come too close to the election and might create confusion among voters.

Dave Schwab, the Wisconsin Green Party's co-chair, says he's relieved the Green Party will be able to chart another path to the ballot in 2024.

"That's especially rewarding considering the experience that we went through in 2020," he said.  "We really saw a coordinated campaign to keep us off the ballot."

Schwab rejected arguments from some Democrats that the Green Party's presence could divert Democratic voters in a crucial, battleground state.

"In a democracy, votes have to be earned," he said. "No one owns your vote. No one is entitled to your vote. ... In fact, if you look at polls, the majority of people are not happy with the two-party system, and there's millions of people who don't vote because they feel like Republicans and Democrats don't ... make much of a difference in their lives."

Green Party candidate Jill Stein got more than 31,000 votes in Wisconsin in 2016, which was greater than Republican Donald Trump’s 22,748-vote margin of victory over Democrat Hilary Clinton.

The Libertarian and Constitution parties have cleared the thresholds necessary to maintain their ballot status in Wisconsin.