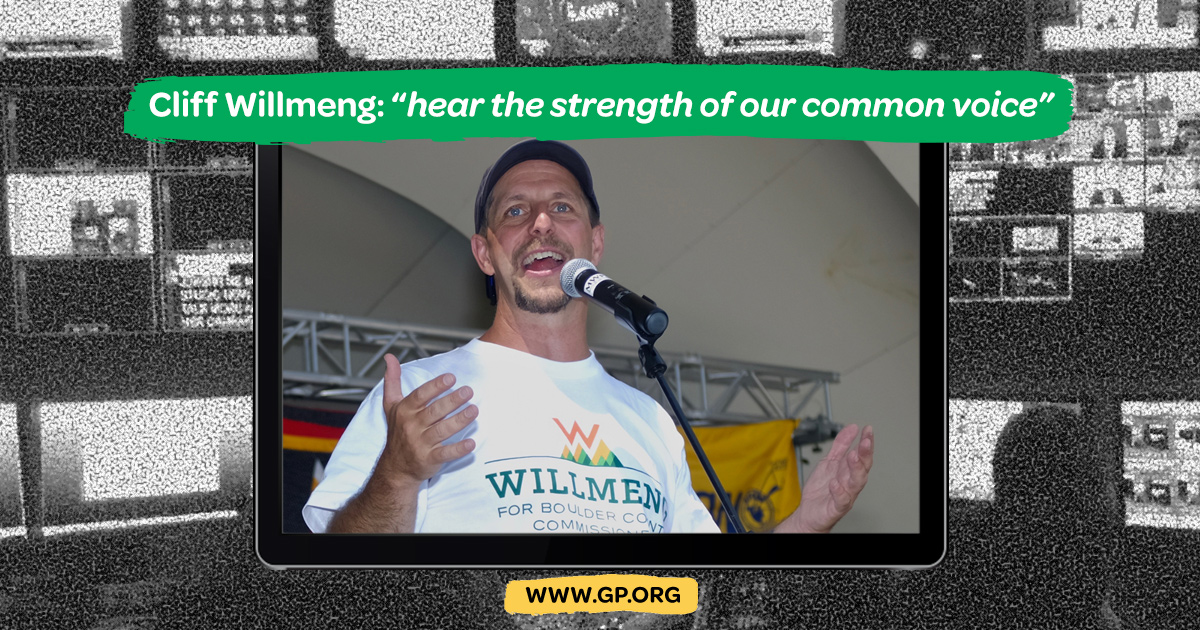 Cliff Willmeng, husband and father of two, is a registered nurse and a leader in the fight against oil and gas drilling in Colorado. With over 30 years of experience as a community organizer, union activist, and proponent of community rights, Cliff has devoted a lifetime to building grassroots power throughout the country.
​
Cliff began his activist work in high school fighting against racism in Chicago. This work connected him to efforts to end US wars in Central and South America and brought him to Costa Rica, Nicaragua, El Salvador, Honduras and Mexico in the 1990s.

In 1999, Cliff joined the movement to oppose corporate globalization during the massive organized efforts to fight the World Trade Organization in Seattle. Through the combined actions of farmers, trade unionists, and youth, the meetings of the WTO were prevented from occurring. Willmeng was one of 700 people arrested by the National Guard during those actions. He continued the work to protect the global south from global financial institutions like the World Bank and the IMF as a co-founder of the Chicago Direct Action Network. The lessons learned in these campaigns inform the direct action trainings he facilitates today across Colorado.
​
As a union carpenter in UBC Local #1, Cliff helped to form the union power and democracy group that would become known as Carpenters For A Rank and File Union. Organizing across building trades throughout Cook County, Illinois, the group fought for reforms to business unionism, better benefits for rank and file carpenters, and representation of women and people of color in union decision making. Carpenters for a Rank and File Union won a two-year reduction in retirement age for over 34,000 union carpenters in 2002.
​
In 2004, Cliff moved into nursing and supported striking teachers across Chicago’s City Colleges his first semester in nursing school. After graduating in 2007, he has worked in emergency rooms in Chicago and Colorado and the Surgical/Trauma ICU of Denver Health. Today Cliff is a member of the primary care and pediatrics department at Rock Creek Kaiser Permanente . He is a union steward and rank and file Vice President on the Executive Board of UFCW, the largest private union in Colorado and Wyoming with a membership of over 23,000.
​
Cliff's work protecting communities from an unrestrained oil and gas industry began making national headlines when his town of Lafayette banned fracking through a democratic vote of the community in 2013. Through community grassroots organizing, two state ballot initiatives, civil disobedience trainings, and county educational events, East Boulder County United, a local group Willmeng helped to form, played a central role in ending Boulder County drilling in 2012. As drilling operators prepare to return to Lafayette and Boulder County this year, Cliff’s commitment to this fight remains stronger than ever as the leader of an expanding community-driven movement to ban fracking.
​
These efforts to build a just, democratic and sustainable world will carry through the campaign for Boulder County Commissioner and extend to workplaces and communities nationally.