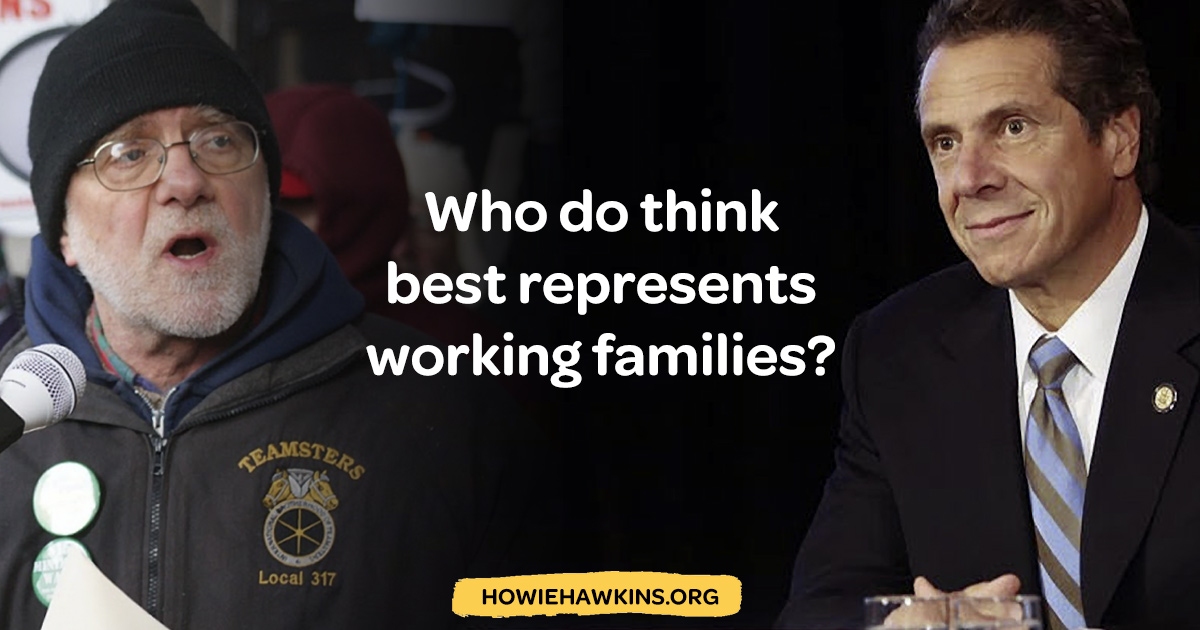 The only vote left for progressives and socialists is the Green Party ticket after the Working Families Party once again nominated Andrew Cuomo.

The WFPers who worked for Cynthia Nixon's campaign, and the progressive Democrats who voted for her, will find that it is Green Party’s platform that calls for real solutions to the problems we face, from the climate emergency to the growing concentration of wealth in the hands of the 1% that leaves many of us in the 99% struggling for living-wage jobs, affordable housing, on-time transit, good schools, and adequate health care.

This third straight Cuomo nomination by the WFP tells us who the WFP really is. It misleads voters into thinking that WFP is an independent progressive party when it is nothing more than a political club firmly entrenched within the corporate-dominated Democratic Party. WFP sells its field services to corporate-funded Democratic candidates and allied PACs willing to pay them. They may want to move the Democrats in a more liberal direction but that is a futile effort since the Party continues to be financed by the corporate interests that also bankroll the Republicans. It’s time to judge WFP’s actions by their results, not their rhetoric. 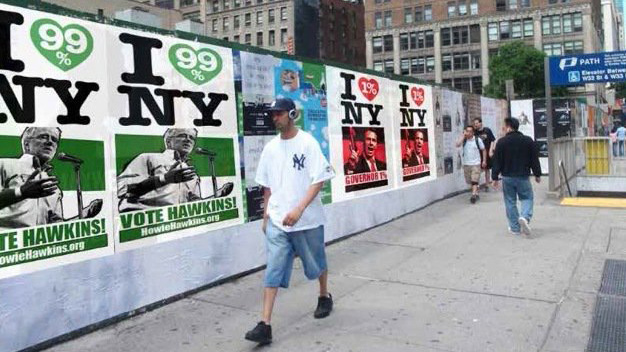 In 2010, before accepting their ballot line, Cuomo made WFP publicly affirm his conservative austerity plan in the wake of the Great Recession, which he carried out. In 2014, WFP was double-crossed by Cuomo when he backed away one day after securing the WFP nomination from the promises he made in his so-called hostage video to the WFP convention. Earlier this year, Cuomo tried to strong arm WFP by pulling the unions out and cutting union and state funding for WFP-affiliated community organizations. Tonight Cuomo’s power plays paid off and once again domesticated the WFP.

The Green Party doesn’t have these problems. We don’t flip-flop back and forth between challenging and then surrendering to corporate Democrats like Cuomo. We know where we stand and we run candidates on that platform independently of the corporate two-party system.

We know that many progressives and socialists in the Working Families and Democratic parties can’t stand the thought of voting for Cuomo again. The Green Party welcomes their support and their votes on November 6.