Worried about social media and elections? What about our public media? 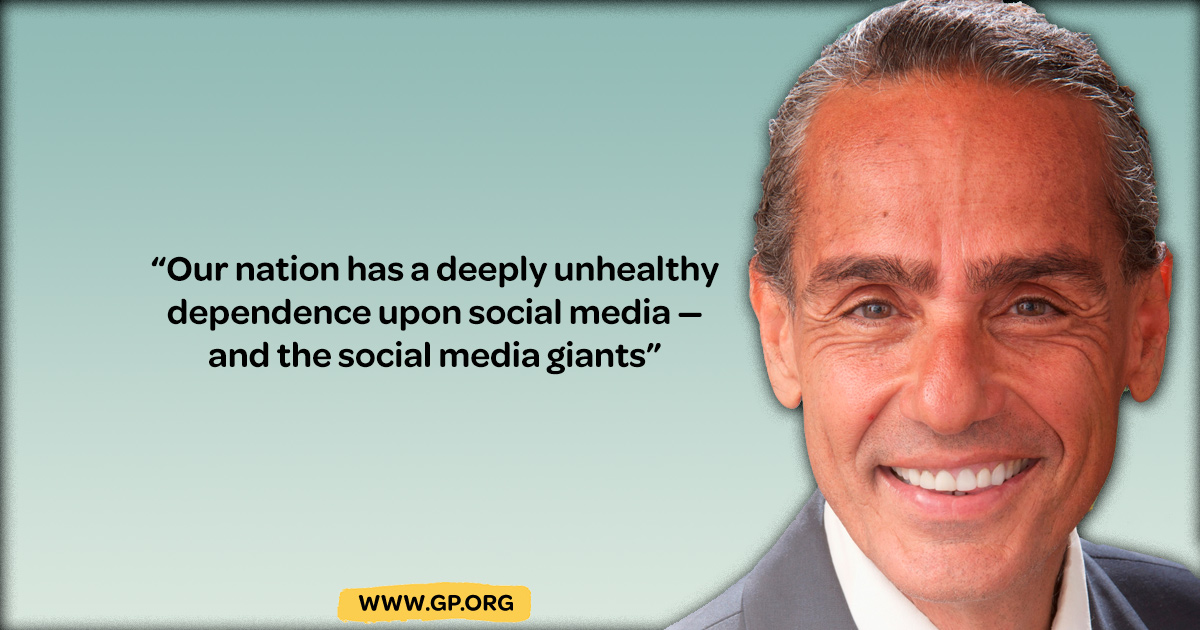 The recent controversy over Facebook’s decision not to fact-check political ads by politicians — combined with Twitter’s decision not to run any — has shown how intertwined our political culture is with what are de-facto privately-owned, public information utilities.

Whether and how to regulate social media giants - including whether to break them up and more - is a critical debate. But lost in this is that social media should be complementing what we do in the public domain, not replacing it nor filling its void.

Loss of the public airwaves

In 1996, Congress and the Clinton/Gore Administration gave away the rights to our digital broadcast spectrum to corporate America — a conveyance at that time worth at least $70 billion, and today many times more — as part of the 1996 Telecommunications Act. If lawmakers at that time were concerned about the public’s right to know, they would have required that substantive free time be set aside (in the Act) to inform the public about its election choices. But they did not do that. Today we are suffering the consequences. Facebook’s choice to facilitate and profit from political disinformation is the latest example.

One reason disinformation has such influence in the U.S., is because voters often lack sufficient baseline information about the choices before them.

In our largely unregulated campaign finance system - owing in large part to Supreme Court rulings that equate money with free speech and corporations with people - most direct candidate information comes from those campaigns that can afford expensive partisan mailers and media advertisements. At the same time, there is limited press coverage for most state and federal races, outside of U.S. Senate, President and Governor. Even in those cases, coverage is often ‘horse-race’. The result is many voters have limited information about their choices, making them more vulnerable to misleading messaging.

As a June 2018 Green candidate for California Secretary of State, my platform included a simple plan to use the public airwaves to better inform voters:

For statewide races, provide free TV time on the California Channel (California’s version of C-SPAN) for all ballot-qualified candidates who accept voluntary spending limits. For state and Congressional legislative races, provide free time for such candidates on the California Channel and on local governmental PEG (Public, Educational, and Governmental Access) channels that are broadcast within those legislative districts — channels already provided for (as part of local cable franchise agreements) via Section 611 of the Federal Communications Act. In the process, include direct statements from candidates, as well as candidate forums, debates, and more.

Fortunately, even though Clinton/Gore gave away the farm on the federal level, here in California we can work with (and regulate) the state’s cable industry to effectuate such change, via better utilization of the California Channel, which the cable industry operates. Such broadcasting in the public interest could be funded for a tiny faction of the overall state budget — and the return to our democracy would be many-fold.

Another ‘public commons’ option is to provide free and low-cost candidate statements in state and county official voter information guides. Under today’s practice, they are expensive - and thereby price out many candidates - and thus the public’s right to know.

For many years, candidate statements for state and federal office were free. But after the passage of Proposition 34 in 2000 — an initiative placed upon on the ballot by the state legislature and opposed by good government groups — candidates who accept voluntary expenditure limits must purchase a candidate statement in the Voter Information Guide, if they want a statement at all.

But Prop 34 was silent upon the cost, de facto leaving it up to the Secretary of State (for statewide office) and county registrars (for other state and federal offices) to set. These officials appear to be doing so with a ‘cost recovery’ transactional mindset, rendering the statements too expensive for many candidates to afford.

There is also a structural conflict of interest in the Secretary of State setting the cost of candidate statements for races in which the Secretary of State and competitors may be running, as well as for other offices whose winners the SoS may need to work with, and whose allies are in competition in those races.

The legislature needs to resolve this issue to ensure that candidate statement costs are as minimal as possible under the law, as a public service to voters, so all voters have an equal baseline of information about all ballot-qualified candidates. The cost to our democracy of not doing this is far more severe.

We didn’t get to have this policy debate in the 2018 Secretary of State general election — when most voters were paying attention — because California’s (only) top two electoral system limited the public to only two choices — incumbent Democrat Alex Padilla and Republican Mark Meuser.

Padilla was going to be re-elected no matter what, while Meuser ran on a platform of unsubstantiated voter fraud — similar to that of discredited former Kansas Secretary of State Kris Kobach. That meant there would be no meaningful general election debate.

In a state with a majority center-left electorate, public debate on the use of our public airwaves would have been stimulated by a push from the progressive left from my campaign. But the top two electoral system precluded that.

What else did it preclude? Had we already been talking about putting more resources into the California Channel, we may not have been caught with our pants down when the California Channel board of directors decided in August to use a legal loophole to terminate its 28-year coverage of the state legislature and shut down the entire channel — a terrible outcome for governmental transparency in our state.

For $1.2 million out of the entire state $214.8 billion budget, the state legislature could have funded the California Channel for an additional year to continue broadcasting the state legislature, until a new, longer-term plan was conceived. But that didn’t happen. Now that coverage is gone. This failure directly and negatively affects voters’ access to information in elections, because in terms of judging incumbents, what could be more important than having watched them serve in office?

There is also ‘digital divide’ class discrimination in failing to broadcast the state legislature on television, because only those who have livestream internet bandwidth can now access the remaining web-based-only coverage.

The October 23 grilling by Congressmember Alexandria Ocasio-Cortez (D-NY) of Facebook founder and CEO Mark Zuckerberg highlighted Facebook’s willingness to run factually incorrect political ads. To challenge that policy, San Francisco political activist and marketing consultant Adriel Hampton immediately created a Facebook ad falsely claiming that Republican senator Lindsey Graham supports the Green New Deal. Facebook then blocked that ad, saying that Hampton did not qualify for an exemption because he was not a candidate.

In magical blowback, Hampton responded by filing to officially run for Governor of California in 2022, to which Facebook fired back saying it would not grant Hampton the candidate exemption because “[Hampton] has made clear he registered as a candidate to get around our policies.” So much for Facebook’s consistent application of their new policy, conveniently silencing a candidate whose message happened to ridicule it. Apparently Facebook will give absolute free speech to politicians—but also gets to decide who is a politician.

It will be interesting to see how much momentum for reform Hampton’s nascent campaign will create — and he is not alone. Green 2020 presidential hopeful Howie Hawkins thinks the internet should be regulated like a public utility, and calls for a “decentralized, democratic system of public funding of a diverse nonprofit, noncommercial media, including de-commercialized, fully funded, and community-controlled public radio and television stations.”

Time to act in California

What the California State Legislature can do this year is fund and provide free TV time on the the PEG channels for all ballot-qualified state and federal candidates who accept voluntary spending limits. At the same time it can also look into reviving the California Channel for this purpose in time for the November 2020 general elections.

The State Legislature should also pass emergency funding as soon as it returns to session in January 2020 to restore cable television coverage of the state legislature in some form, whether in reviving the California Channel or something else. Both of these could be done on a one year basis, while a long-term sustainable plan is being worked out for both.

Our nation has a deeply unhealthy dependence upon social media —and the social media giants. Our state legislature can act to help address that in the upcoming legislative session.

Which legislators will carry the needed bill(s)?

Michael Feinstein is a former Santa Monica Mayor and City Councilmember, a co-founder of the Green Party of California and a June 2018 Green candidate for California Secretary of State.