The Young Ecosocialists Caucus (YES) of the Green Party of the United States (GPUS) gives our support to Intersex Day of Solidarity, also known as Intersex Day Of Remembrance, and we ask the entire GPUS to join us in this support.  This event fits with the Pillars, Values and Platform shared by both the GPUS and the YES.  In addition to respect for diversity, respect for feminism, respect for gender self-determination and social/economic justice, these include reproductive rights.

These include the rights of pregnant people to carry intersex fetuses without interference by anti-intersex medical professionals.

These include the rights of intersex babies and children to be protected from unnecessary genital surgeries which amount to forced sterilization of minority children.

These include the rights of all intersex people to bodily autonomy and fully informed choice in medical decisions about their bodies. 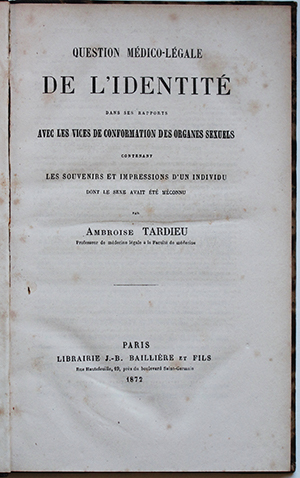 November 8th was chosen to honor the birthday of Herculine Barbin, a 19th-Century intersex person who was forced into the public eye after doctors found her to be intersex and whose short and often unhappy life highlights the need for increased acceptance.  The goals of this day include education, including intersex 101, remembrance for all the people harmed in the past and still being harmed by intersex genital mutilation and the need to stop such practices, upholding intersex rights to dignity and equality, equal access to prenatal medical care, and solidarity of intersex people and friends, families and supporters.  The goal is gender equality and independent bodily self-determination for people whose biological sex does not conform to the myth or stereotype that people are born only either male or female.

Intersex is the accepted term for people who are biologically in between current medical definitions of male and female. This can be through variations of expected hormones, chromosomes, internal or external genitalia, or any combination of any or all primary and/or secondary sex characteristics. While some individuals are identified or diagnosed as intersex at birth, many are not. As intersex is about biological sex, it is distinct from gender identity and sexual orientation.

Some intersex people are also chimeras. The word Chimera refers to when twins, triplets or other numbers of multiples merge in the womb, resulting in the birth of a composite person whose body is made of multiples merged into one, and sometimes the siblings are of different sexes. The person is a chimera; the phenomenon is chimerism. With the increase in IVF and other fertility treatments, we are noticing more DNA variations and chimerism and even have observed individuals in the uterus that are  now called conjoined (formerly called Siamese twins that rejoin into a single body before birth. There are many ways for a person to be born with unusual DNA and atypical appearances.

If you consider all the types of intersex people currently recognized by medical science, including variations in hormones, chromosomes and genitalia, intersex birth rates were seen 20 years ago as being 1 in every 100 live births, but now intersex people have been coming forward as frequently as 1 in 10 people, 1 in 5 from another source.  One in every 8 pregnancies starts out as multiples, and many of these result in chimeras being born.  This shows these communities to be larger than previously known. Adults were previously unaware of their own medical status unless their variations were visible. It is evident that many infants in the coming generations will be identified as intersex in the womb, and that our society members of all ages from seniors to developing fetuses and children need equal rights to medical care.

A person has the inherent right to make informed decisions about what happens to their own body, in Adults were previously unaware of their own medical status unless their variations were visible including changes to their sexual and reproductive systems. People have the right to make consensual medical decisions based on fully informed consent as to what happens to their bodies. Currently, many doctors encourage unnecessary non-consensual cosmetic surgery on intersex people, specifically young children, infants and babies. The stated goal is often only to make the child’s body conform to the chosen assigned gender. These surgical procedures are also a form of forced sterilization, as the child’s testes, ovaries and/or ovatestes are often removed in the process. The United Nations has declared surgery of this form an outright form of torture, three retired United States Surgeons-General have declared it inappropriate when done without informed consent, and prior Green Party Presidential Candidate Dr. Jill Stein made stopping Intersex Genital Mutilation (IGM) part of her campaign. It should be considered a natural inherent right for all infants to be allowed to keep their reproductive organs without mandatory gender conformity surgery. The Green Party also acknowledges that mandatory sterilization is inappropriate and violates basic human rights.

Non-binary (NB) is recognized as an acceptable alternative to male/female gender identification. The Green Party supports the inherent reproductive right that pregnant individuals be allowed to give birth to children identified as intersex during an ultrasound or other medical diagnostic methods without the child(ren) being subject to gender discrimination at birth. This includes helping support efforts to make the medical system more respectful of intersex peoples' bodies, opposing restrictive/hateful legislative bills in your communities and supporting efforts to gain increased human rights protection, recognition, and equality under the law for all people, regardless of biological sex or gender identity.