A historical, heartfelt 'Thank You' 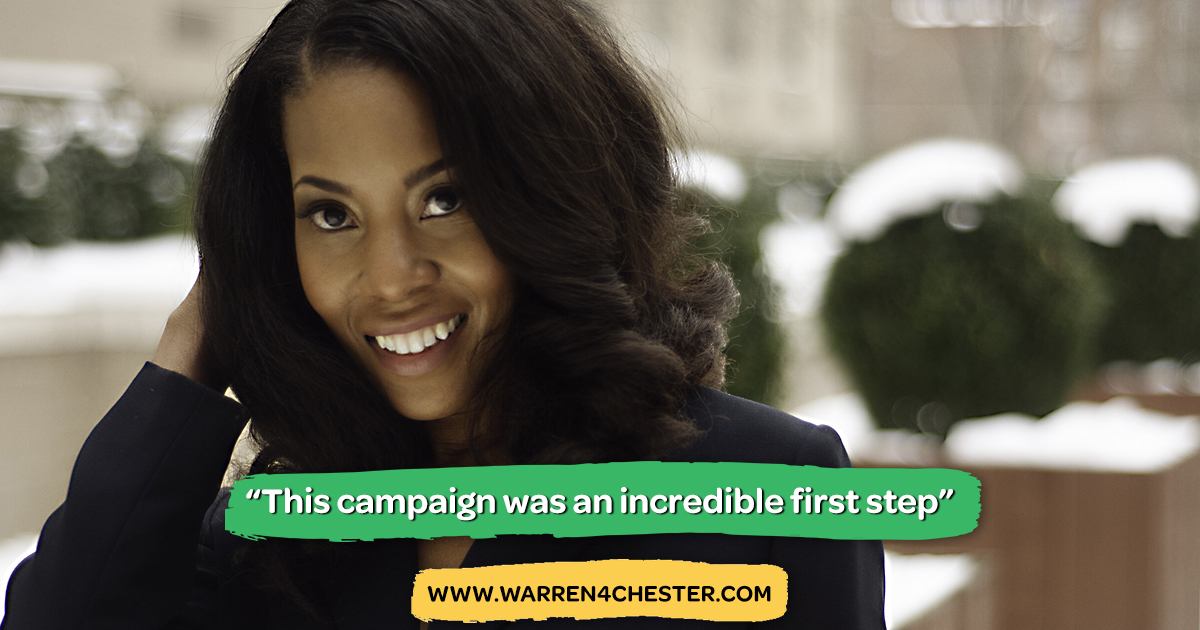 At long last, our campaign has come to an end. Kearni Warren and I will never forget all of the memories we made with each and every one of you along the way. From collecting signatures in July to poll watching on November 2nd, we can embrace this new wintery weather with the warmth of a well-done campaign.

I want to take this chance to thank you all for being there with us – we truly would not have had a campaign without you. Together, not only did we get a brilliant PA caregiver on the ballot, but we made a 12-year incumbent come out and campaign for the first time in a decade!

At the end of the day, Kearni and I are happy that, upon challenging the establishment, the residents of Chester were not only given a choice, but their approval was aggressively sought after. While you can tally Kearni's votes from election day, the amount of people she inspired to stand up for themselves and her city is immeasurable.

This campaign was an incredible first step in clearing the political miasma that has gloomed over Chester for centuries. This slight bend towards justice only happened because we all joined together, regardless of political affiliation, and applied pressure. We represent the true potential of collective action.

So, while this is not the end, I would like to express our profound gratitude to our volunteers, donors, advisors, and of course our incredible Union folks. Just as you've believed in us today, please know that we are only a phone call away for you.