A new year and a new war 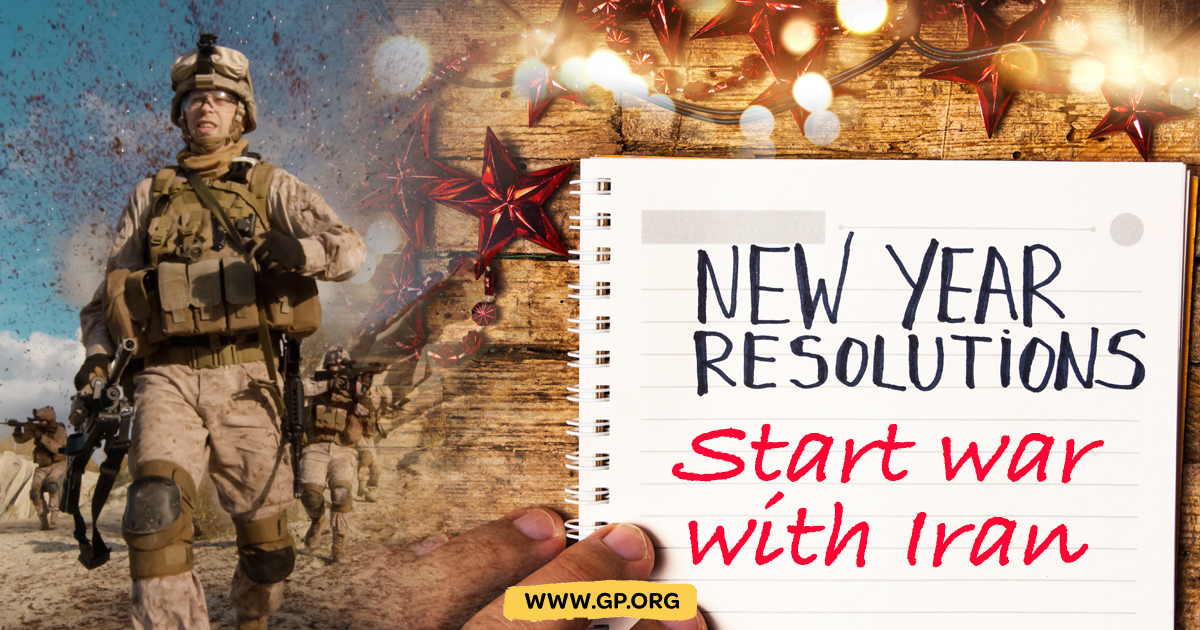 No level of U.S. aggression toward other nations is acceptable. However, this week's drone assassination of Iranian military commander Qasem Soleimani could launch our country’s war machine into overdrive at a scale we have not seen in some years. And that puts countless more lives in danger around the world.

Trump is a monster, a criminal and he is responsible for this attack. But the larger crisis, the crisis that brought us Trump in the first place, is the domination of our government by two parties who march to the beat drummed out by War and Wall Street. When the Republican and Democratic parties are both controlled by war hawks, who is left to stand for peace?

The Green Party, that’s who. Greens like you and me, standing together, as we always have. The threat of all-out war is real, and we need your contribution today if we’re going to be strong enough to stop it. War dollars flood the corporate parties. If enough decent people like you contribute — $35, $50, $75 or whatever you can afford — then we can beat back the drive to war.

Without us, there’s no party opposing war and aggression. The Democratic Party’s leadership abandoned amendments to last year’s National Defense Authorization Act that would have restrained Trump from attacking Iran now. Democrats in congress overwhelmingly voted to approve murderous sanctions against Iran in 2017. While Trump tore up the “Iran Nuclear Deal”, Democrats were sycophantically fixated on the machinations of Robert Mueller (a man who spread lies to support invading Iraq in 2003).

House Speaker Nancy Pelosi’s primary criticism of this assassination is that Trump didn’t ask her for permission, first. Joe Biden’s criticism is that Trump has no plan, as if anyone could “plan” enough to convert bombs into peace. The Green Party is the only party that has responded with a fundamental opposition to war and an unconditional commitment to non-violence.

Our country, our planet, desperately needs an organized, political voice for peace. We hope you are in the streets today with peace organizations in your community. The Green Party will continue bringing the voice of peace movements into elections and government as we have for decades. Please give today so that we can make 2020 a year of running peace candidates nationwide. Because they are needed more than ever.

In Peace and Solidarity,
The Green Party

P.S. Look, we really wanted to wish you a “Happy New Year” in this email. But that just didn’t feel right, given how scary things are right now. But we really do wish the best for you in 2020, and we hope you’re ready to fight hard this year for People, Planet and Peace. Kick off a whole year of supporting the Green Party by becoming a Monthly Sustainer so we can continue building to win real solutions to the real crises we all face. As little as $10 or $7.50 per month can make a big difference.