Act Now To Protect Our Right To Protest 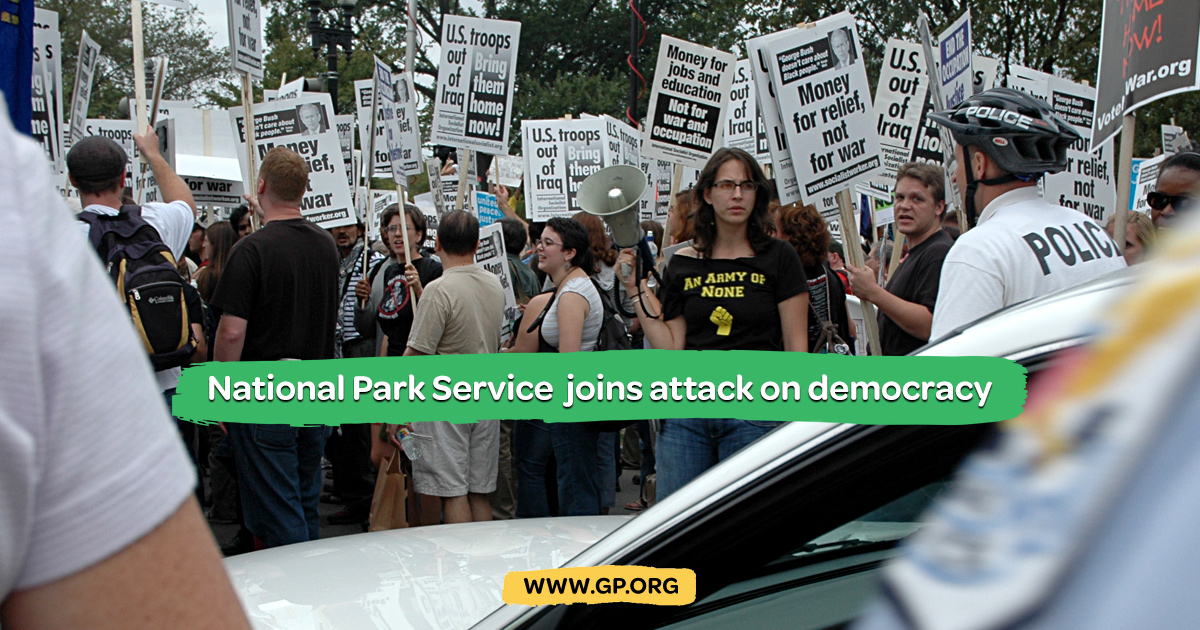 Restricting Our Right To Protest Shows We Are Winning

The radical attack on our constitutional right to protest in Washington, DC needs to be stopped. The National Park Service (NPS) has published proposed rules that would curtail First Amendment rights to assemble, petition the government and exercise free speech in the nation's capital. Together, we can stop this proposal from going forward.

Popular Resistance submitted comments to the National Park Service and is working in coalition with numerous organizations in Washington, DC to protect our constitutional rights. We will be joining with other organizations in submitting coalition comments. We need everyone to participate, submit a comment this weekend, the deadline is Monday.

Tell the NPS why protest in Washington, DC is important, your experience with protest and why these new restrictions will make it difficult to exercise your constitutional rights. Your comment will be the evidence courts will consider in reviewing these proposed rules. 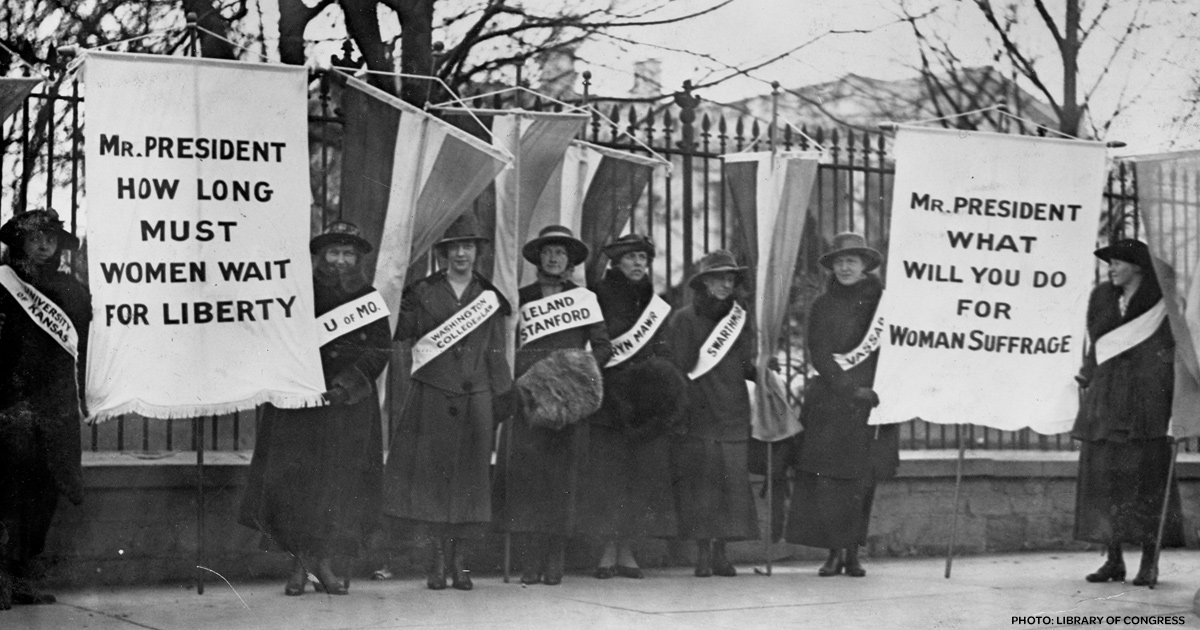 The proposal would result in people being charged fees if they hold a protest. That means in order to exercise your constitutional right, the government can charge you for the police barricades, the Park Service police time and even their overtime. And, if you hold a concert with your protest where people make speeches, play music or use spoken word, you can be charged for that exercise of Free Speech as well.

While the "pay to play" rules have gotten some attention in the media, that is just the beginning of the restrictions. The area around the White House would basically be off-limits as they would close the walkway and sidewalk in front of it. This area that was used by suffragists to appeal to President Wilson for the right to vote would no longer be available. There are hundreds of protests every year around the White House as this iconic spot has been used for protests on civil rights, opposition to war, protection of the environment, urging climate justice, for economic fairness and so much more. It is used to get the attention of the president to use the presidential power to pardon, as we did in the campaign for Chelsea Manning directed at President Obama.

In this time of immediate news coverage and the ability to use social media for breaking news as it happens, NPS proposed restricting "spontaneous demonstrations." Rather than the current rule, which presumes a permit is granted if it is not denied within 24 hours, the NPS would now put such requests in limbo and have until the last minute to deny the permit. And even if a permit is granted, the proposed rules would allow a permit to be revoked for any infraction of the permit.

Under international law, no authorization should be required to assemble peacefully, and a system of prior notification should only be intended to allow authorities to facilitate protests and peaceful assemblies. This standard would be a standard consistent with the US Constitution which forbids the abridgment of the rights to assemble, petition the government and to speak freely. The permit process already violates international law, making it more restrictive moves the United States further into the territory of a rogue nation that ignores the law even though it ratified the International Covenant on Civil and Political Rights in 1992.

The proposed rules would also limit the size of signs and banners in many parts of the city and asks whether more parks should be labeled as parks that do not allow protest. And, in response to the Occupy protests, the NPS would limit vigils and encampments to one month — letting the people in power know that long-term protests are only a short-term threat.

Read the twelve ways that the proposed protest rules would restrict our constitutional right to protest in our call to action.

Protests are increasing and will continue

Protests have been escalating in the United States since the 2009 economic collapse. That collapse was followed by a wide range of protests at banks and the Federal Reserve as well as in state capitals across the country. That was followed by the sustained multi-month protest of the Occupy encampments in hundreds of cities across the country. Out of police violence and killings of black people came the Black Lives Matter movement, and out of the poverty wages of low wage workers came Our Walmart and Fight for $15. As the US moved to become the largest oil and gas producing nation in the world — at a time when climate change science said we should build no oil and gas infrastructure — protests across the country against pipelines, compressor stations, export terminals and other infrastructure grew. This climaxed in the No DAPL protest at Standing Rock, and continues to build.

There has been a dramatic increase in protests since President Trump was elected president. In the last year, one-fifth of people in the United States say they have participated in a protest, rally or other First Amendment event. A recent poll found, "One in five Americans have protested in the streets or participated in political rallies since the beginning of 2016. Of those, 19 percent said they had never before joined a march or a political gathering."

This is a time to be protecting constitutional rights, not curtailing them. People understand the government is not listening to them or meeting their needs and are protesting in order to be heard as they face economic insecurity – high debt and low pay.

Efforts to curtail protest are a sign that the movement is having an impact. We are building our power and are getting more organized. We have the power to stop these unconstitutional restrictions on our right to protest.

We urge you to join us in taking action today. Submit a comment explaining why the right to protest matters to you. It can brief or long or somewhere in between.

Together we can keep building a movement for transformational change. Economic, racial and environmental justice as well as an end to war can be achieved. We are closer than we realize, efforts to stop us are a sign that the power structure is afraid of the people organizing to demand change.