It’s great to have you on board with the Green Party! Just to let you know what to expect from us - each month we send out a GreenLine newsletter as well as useful pieces of content where we'll keep you up-to-date with what's been happening in our world.

In the next few months, we’ll also be creating an “Intro to the Green Party” promotional video, as well as launching our own Livestream show, highlighting major stories and political happenings that Greens are involved in.

Greens are pioneering critical policies. Our Green Party platform speaks directly to the 50% of voters don’t who identify as Republican or Democrat. Our platform is right on the money. Voters are hungry for the integrity of our candidates, the change we seek, and the ideas we offer.

Here are the top 7 things we believe in. 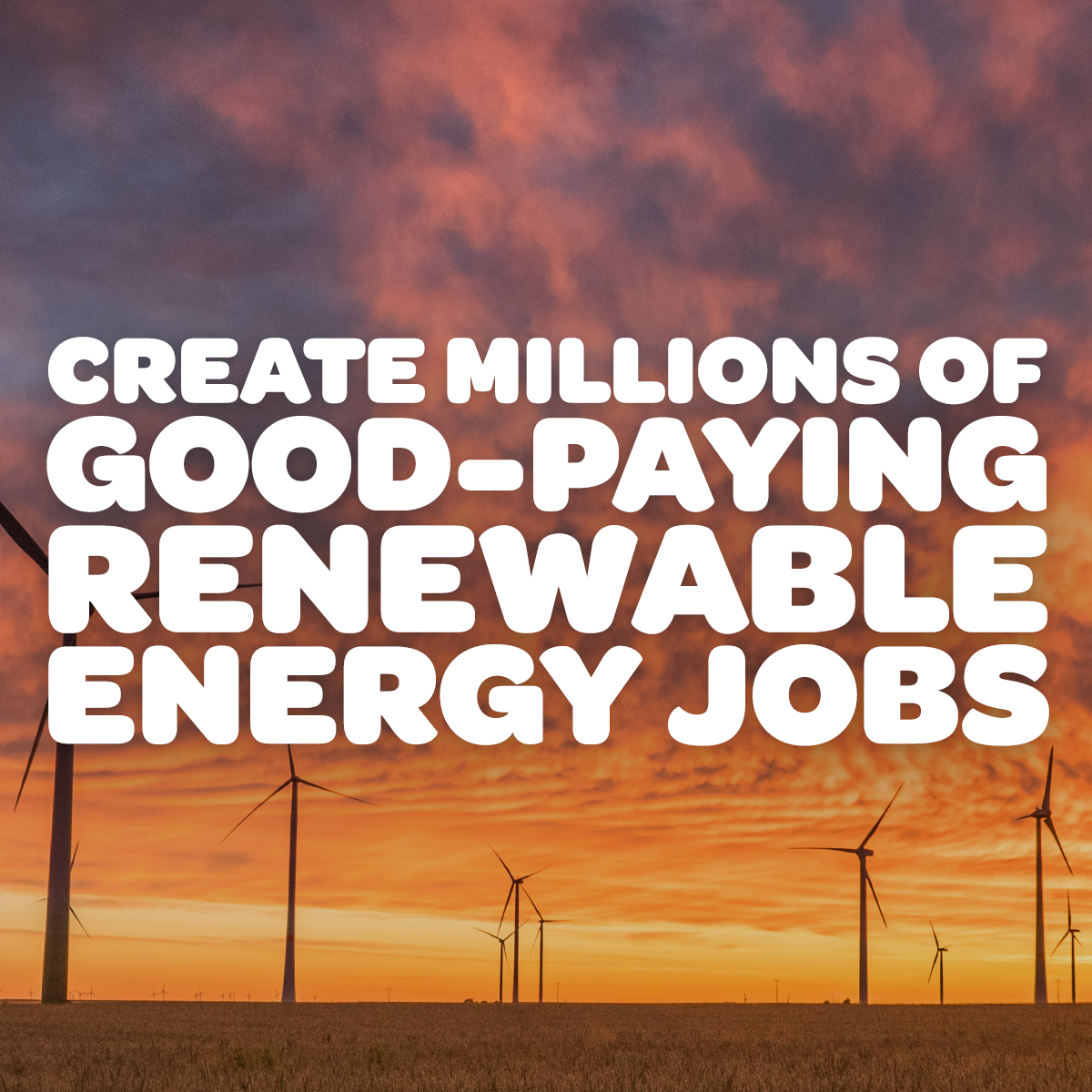 Our goal at the Green Party is to create at least 20 million new jobs by transitioning to 100% clean renewable energy by 2050.

We will invest in public transit, sustainable agriculture, conservation and restoration of critical infrastructure, including ecosystems.

Our goal is to also create direct public employment, as the Works Progress Administration did, in public services and public works for those who can't find private employment. We also plan to advance workers’ rights to form unions, achieve workplace democracy, and keep a fair share of the wealth they create. 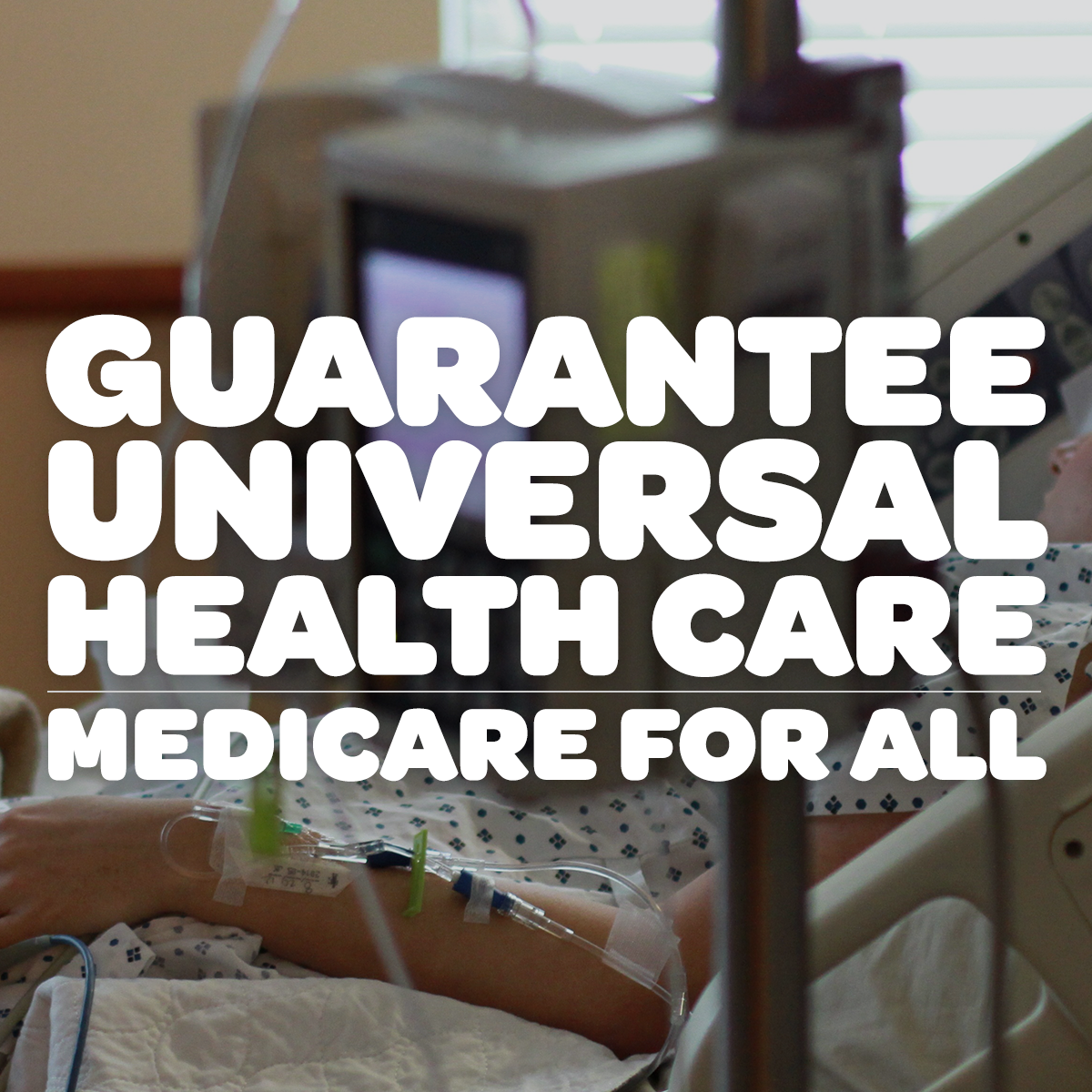 The Green Party believes in establishing an improved “Medicare for All” single-payer public health program to provide everyone with quality health care.

Every American should have access to all health care services, including mental health, dental, and vision.

We believe in no restrictions based on pre-existing illness, employment, immigration status, age, or any other category. 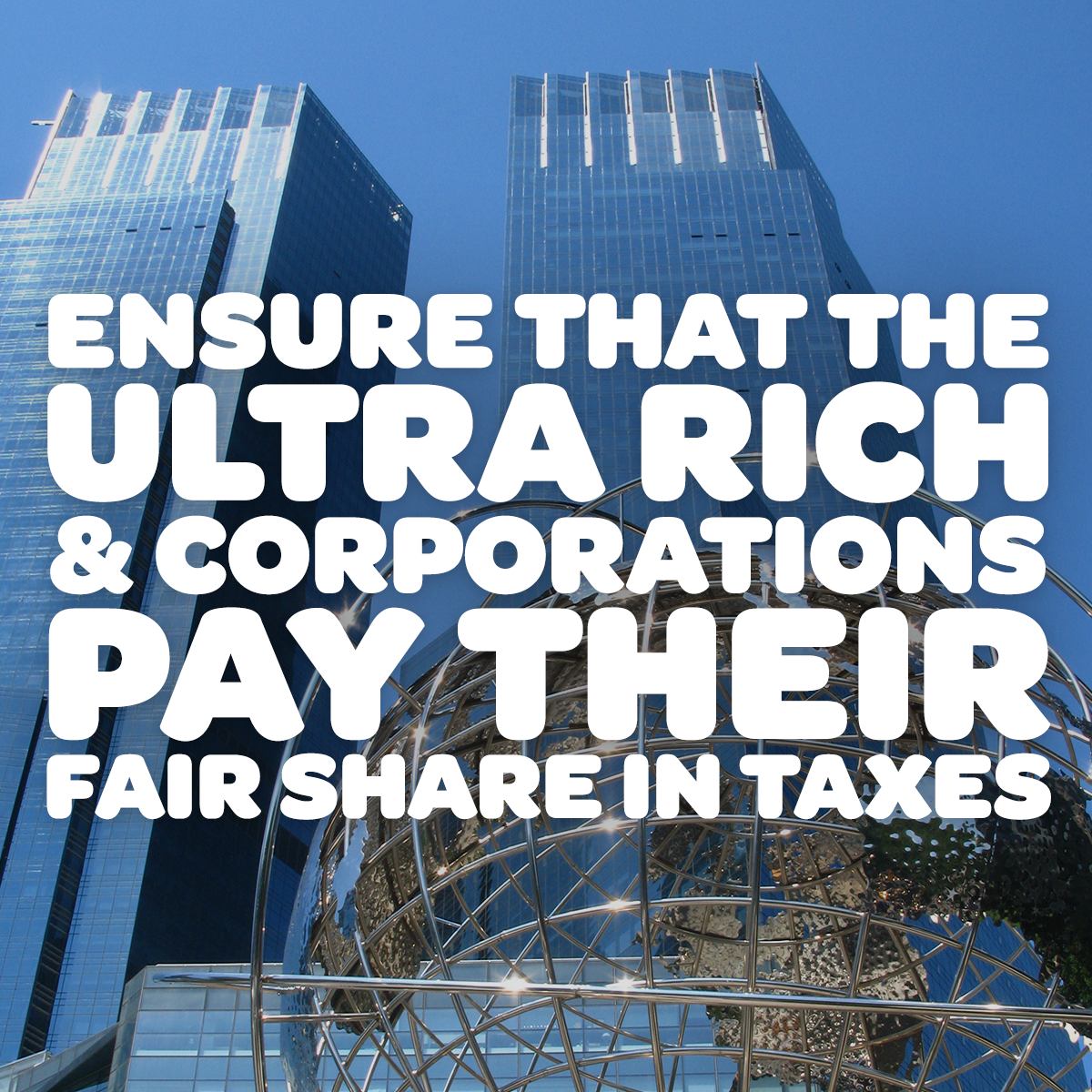 #3 Requiring the wealthy few to pay their share of taxes.

Our goal is to also make Wall Street, big corporations, and the rich pay their fair share of taxes and to create democratically run public banks and utilities.

We will guarantee a living wage job for everyone, with a set $15/hour federal minimum wage. We will break up “too-big-to-fail” banks and democratize the Federal Reserve.

We believe in providing full protection for workplace rights, including the right to organize a union without fear of firing or reprisal by passing the Employee Free Choice Act.

Of course, we also believe in equal pay for equal work, and completely ending discrimination based on race, gender, or generation. 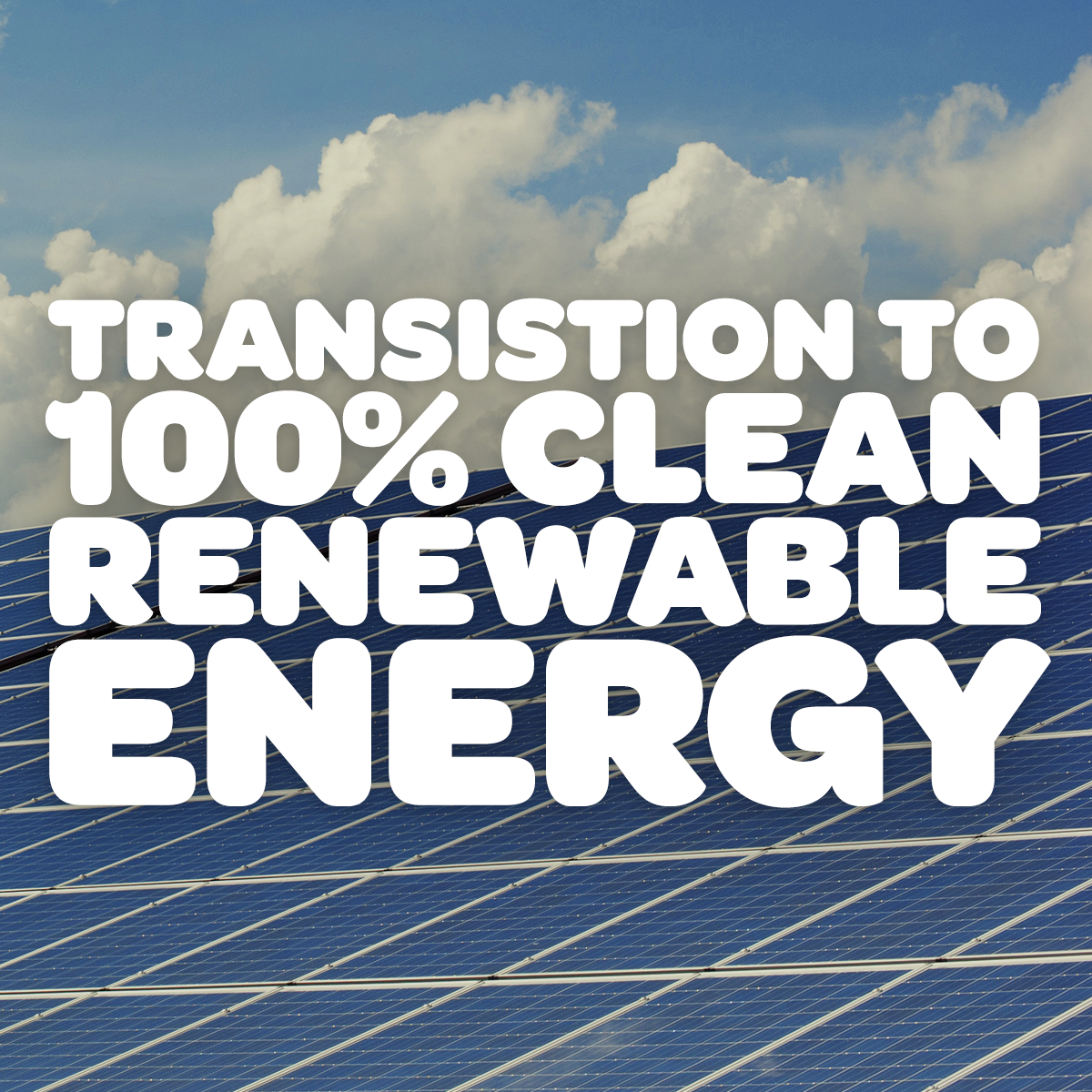 The Green Party has a goal of turning the tide on climate change and transitioning to 100% clean renewable energy by 2050. We want to revive the economy with millions of green energy jobs and completely end the wars for oil. Our goal is to mobilize nationally to halt climate change, the greatest threat to humanity in our history.

We would provide grants and low-interest loans to green businesses and cooperatives. We would also place an emphasis on small, locally-based companies that keep the wealth created by local labor circulating in the community, rather than draining it off to enrich absentee investors. 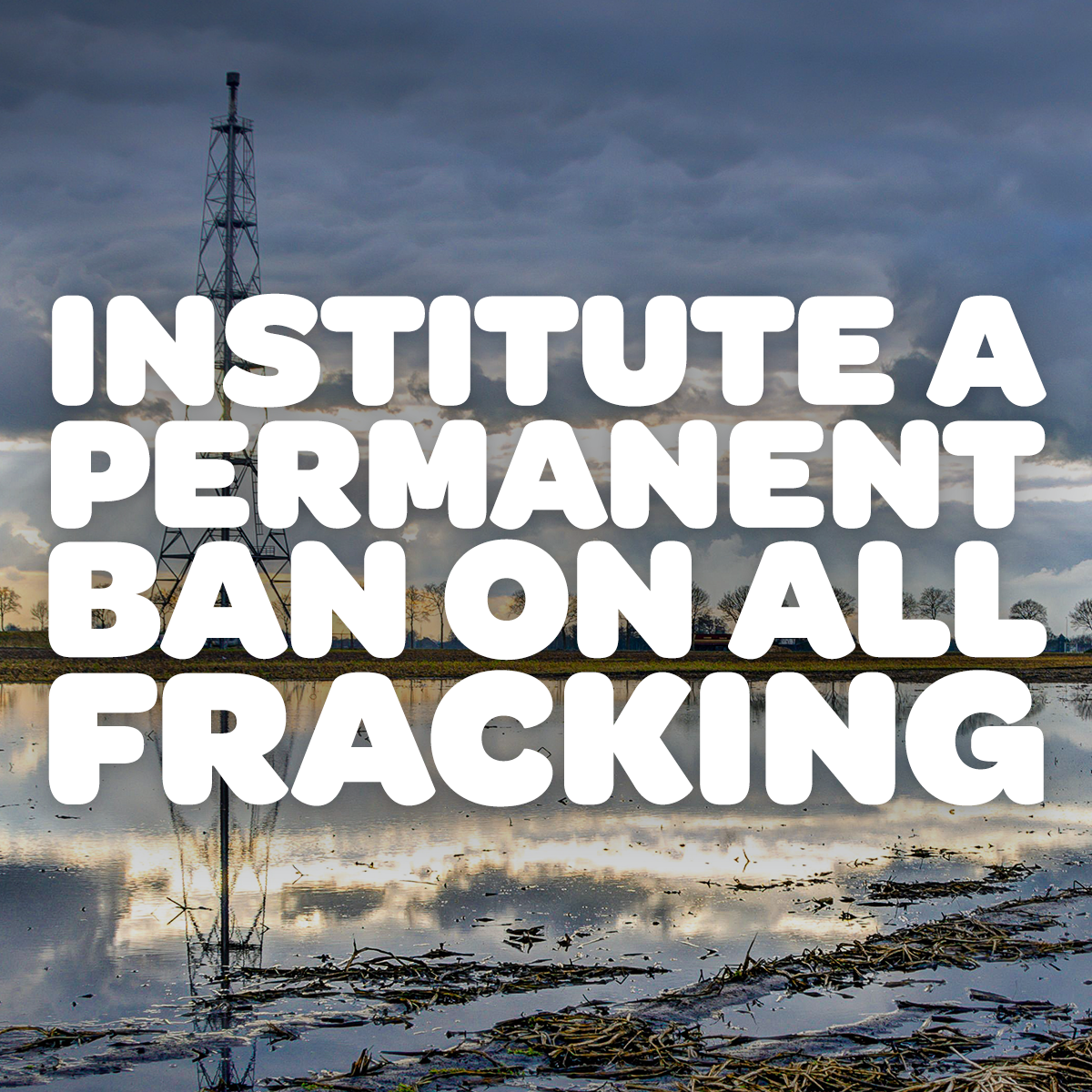 #5 A permanent ban on fracking

Did you know that studies show approximately 40% of all fracking wells fail in some way or another?

The routing of pipes through aquifers often leads to the contamination of the drinking water for millions of people. 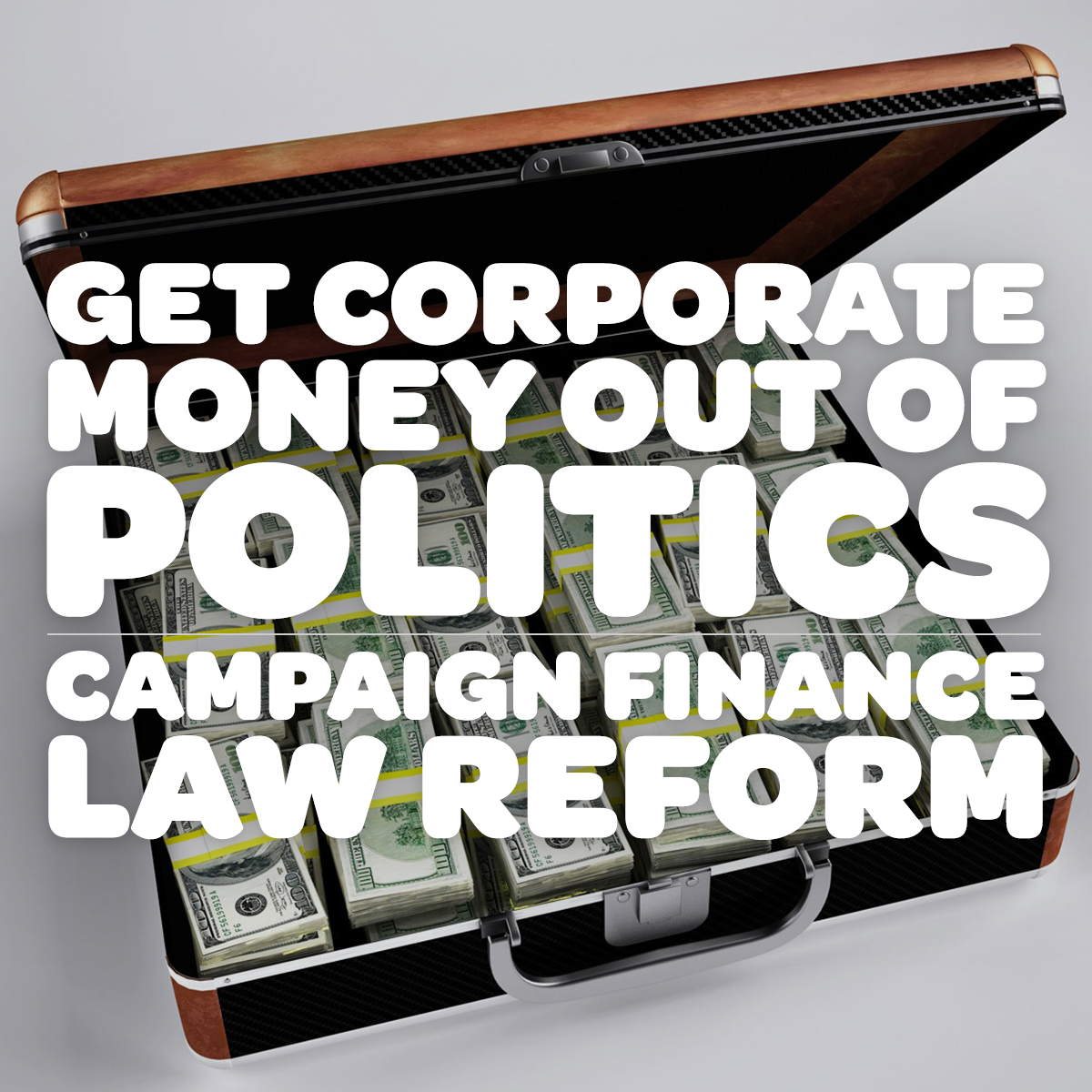 We want to eliminate the doctrine of corporate personhood that has been used to justify unlimited corporate spending in elections. We would do this with a constitutional amendment to clarify that only human beings have constitutional rights.

We would enact the full Voter's Bill of Rights guaranteeing each person's right to vote, the right to have our votes counted on hand-marked paper ballots, and the right to vote within systems that give each vote meaning.

Our goal is to also abolish the Electoral College and directly elect the President using a national popular vote with ranked-choice voting.

#7 An end to police violence and mass incarceration 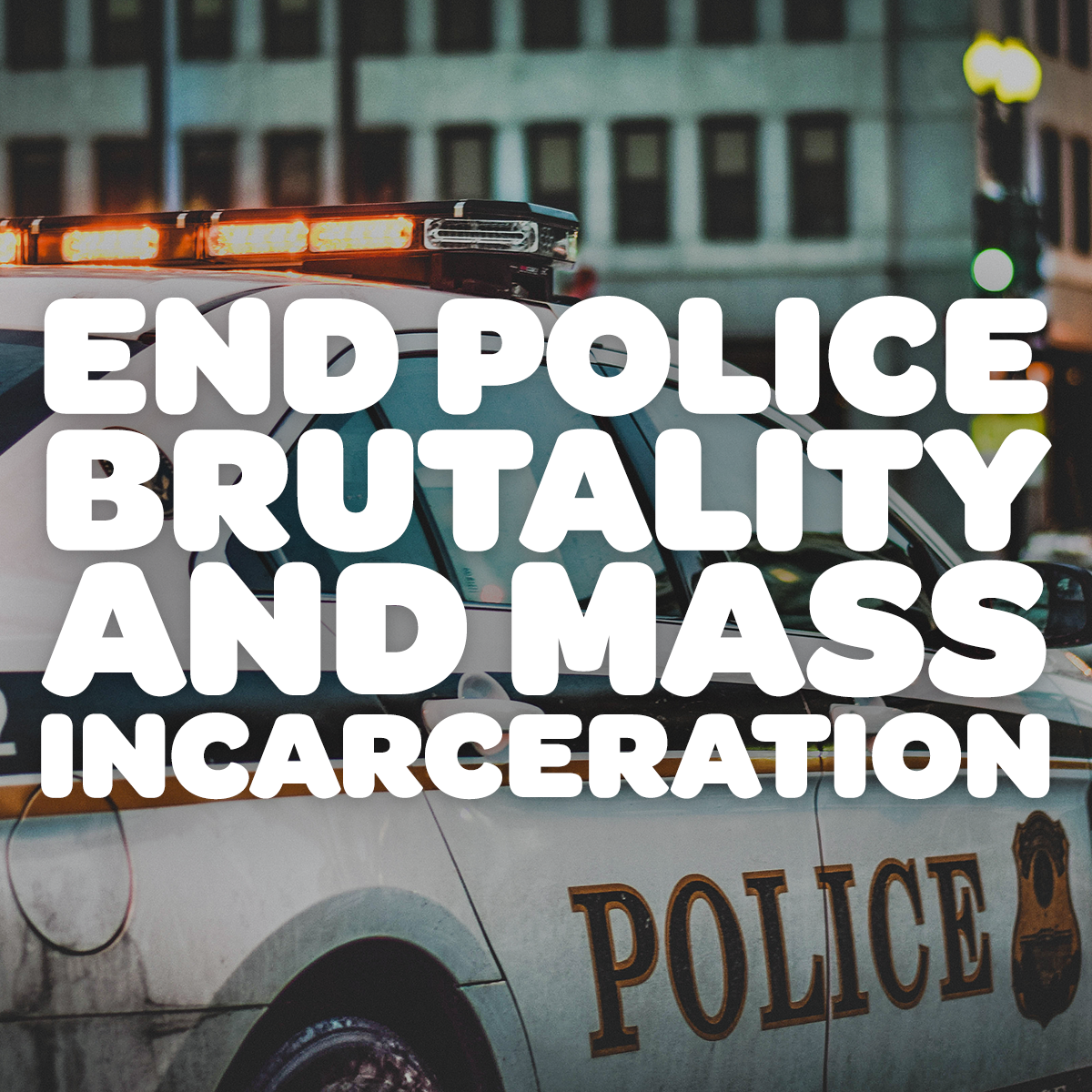 We believe we must end police brutality, mass incarceration and institutional racism within our justice system.

We want to demilitarize police and end the use of SWAT teams and no-knock raids for drugs and serving papers.

We believe in repairing our communities rather than dumping resources into the prison-industrial complex.

The Green Party wants to establish police review boards so that communities control their police, not the other way around. We would appoint dedicated investigators to investigate every death or serious injury at the hands of police.

We would also enact laws to require independent outside legal representatives to investigate and prosecute any killing or brutality by the police, rather than prosecutors involved in the local criminal justice system, and eliminate harsh mandatory sentencing requirements which often result in unjustified sentences.

By offering solutions like these, the Green Party is standing up for Americans who are thrown under the bus everywhere by politics as usual.

Our platform puts people, peace, and the planet over profit - every time. As you can see, the Green Party offers real world solutions.

Thousands of people just like you have raised their hands as supporters, donors, and volunteers!

Your donations, should you choose to give or become a monthly sustainer, will help get the word out to the voters clamoring for what these we represent.

We’re so glad you’re with us.

Without you, there wouldn’t be a Green Party. With your help, we can elect Green candidates to office at every level and implement solutions like the ones above!

Your faith, passion, strength - and money – are the  fuel we need to propel Green Party candidates all the way and effect real change in America -- in time to stop the fossil fuel industry from destroying our planet, in time to hold back the climate crisis, and certainly in time to guarantee a better future for our children.