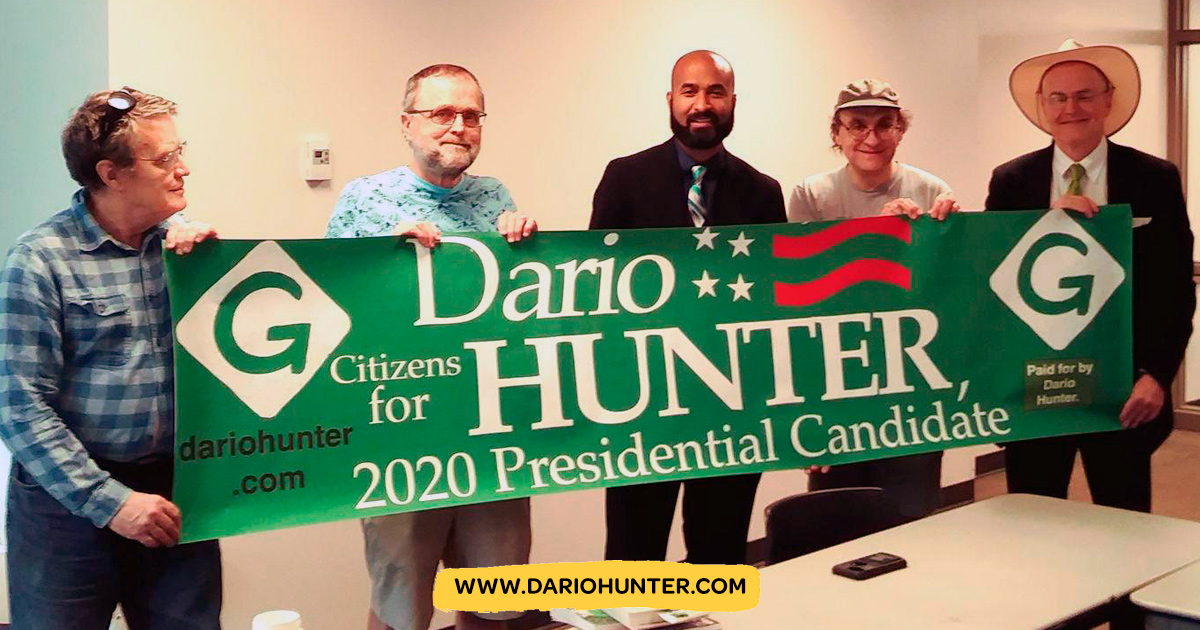 Dario Hunter, center, who is seeking the presidential nomination of the national Green Party, poses with leaders of Northern Virginia Green Party affiliates during a roundtable discussion on July 16, 2019, at Arlington Central Library. (Arlington Greens photo)

ARLINGTON, VA. – The Arlington Greens recently welcomed one of their party’s presidential aspirants to the community.

Dario Hunter, a member of the Youngstown (Ohio) School Board, participated in a roundtable discussion with Green Party members on July 16 at Central Library. It was his first stop in Virginia as part of Hunter’s “Building Bridges Tour.”

Members of Green Party organizations from Arlington, Fairfax and Shenandoah were on hand.

Hunter was described by the New Republic as “diverse as candidates come,” and that seems to be accurate: The son of an Iranian immigrant, he is a gay African-American with Muslim roots who now serves as a Jewish rabbi.

The Green Party anticipates nominating its 2020 presidential candidate next summer. The party’s 2016 nominee, Jill Stein, was on the ballot in 44 states plus the District of Columbia, and garnered 1.5 million votes, or about 1.1 percent of the national total.

This article was originally published by Inside Nova.