Black Alliance for Peace Condemns Slaughter of Palestinians in Gaza 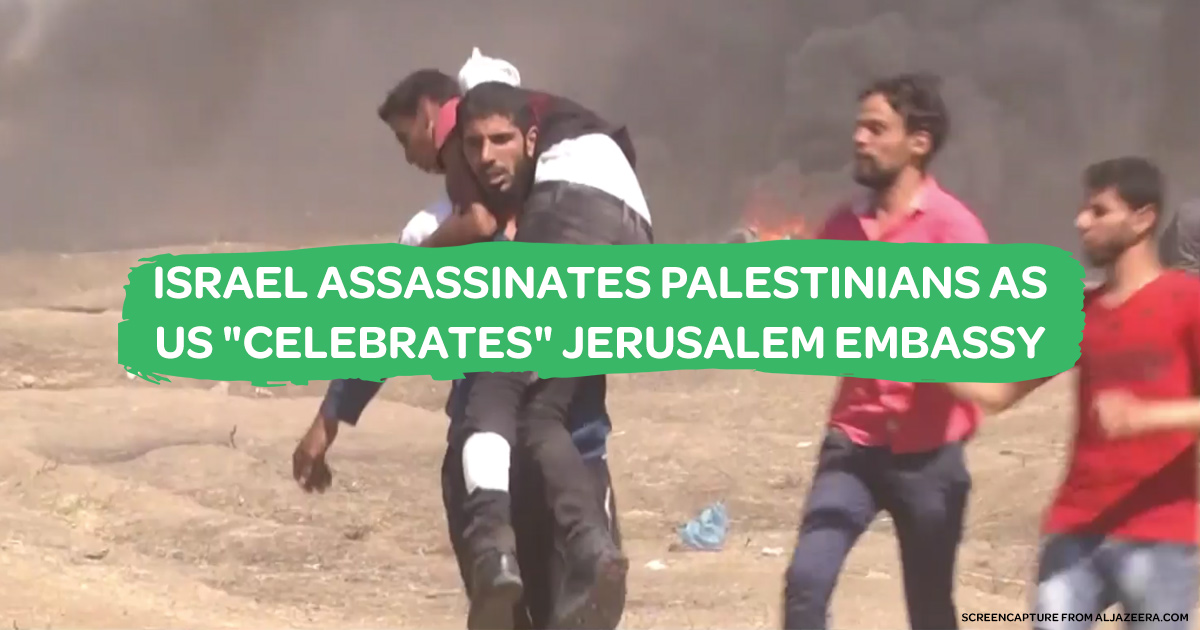 MAY 15, 2018 — While a delegation from the Trump administration and leaders from various parts of the world gathered in Jerusalem to witness the illegal and immoral move of the United States embassy from Tel Aviv to the beleaguered and contested city, Israeli soldiers slaughtered unarmed Palestinians in Gaza. The latest count reports more than 50 dead and 2,700 wounded.

The Black Alliance for Peace (BAP) demands the United States condemn Israeli state violence and the use of U.S.-supplied weapons to murder unarmed Palestinians, a violation of U.S. law. Guidelines for the sale and transfer of military equipment stipulates U.S.-supplied arms cannot be used to violate human rights.

BAP also calls on member states of the United Nations Security Council to convene immediately to address the Israeli government’s blatant violation of humanitarian and human-rights law and its threat to the peace.

However, BAP is clear responsibility for the barbarity the world is witnessing does not only rest with the Israeli colonial state. The systematic violence of ethnic cleansing, house demolitions, exile, assassinations, land thefts, bombings, and the denial of water and other vital services that provide basic dignity could not have occurred without ongoing support from the United States, as well as both major political parties in the United States, the corporate press and every major institution of U.S. society, including many churches.

Support for Israeli settler-colonialism has been the stated policy of both dominant U.S. political parties, along with a firm commitment to ensure the Israeli government has the military means to not only sustain the occupation but impose its military will on its neighbors in the region. The two-state solution was always a subterfuge to delay the eradication of illegal Israeli settlements, while military containment policies represented most dramatically in the apartheid walls that crisscross Palestinian territories on the so-called West Bank actually created new realities on the ground, making a two-state solution impossible.

In accordance with the principles and values reflected in the platform of the Poor People’s Campaign and the stated support for that campaign by members of the Congressional Black Caucus, BAP is calling on both to condemn the attacks and join BAP in calling for an intervention by the international community.

We believe this public stance is important because the recent decisions to sabotage the Iran agreement and give Israel a green light to escalate military aggressions in the sovereign state of Syria, coupled with the brutal violence unleashed against unarmed protesters in Gaza, provide unassailable evidence both the United States and Israel have opted to operate outside the rule of law as rogue criminal states.

Ajama Baraka was the 2016 Green Party candidate for vice-president