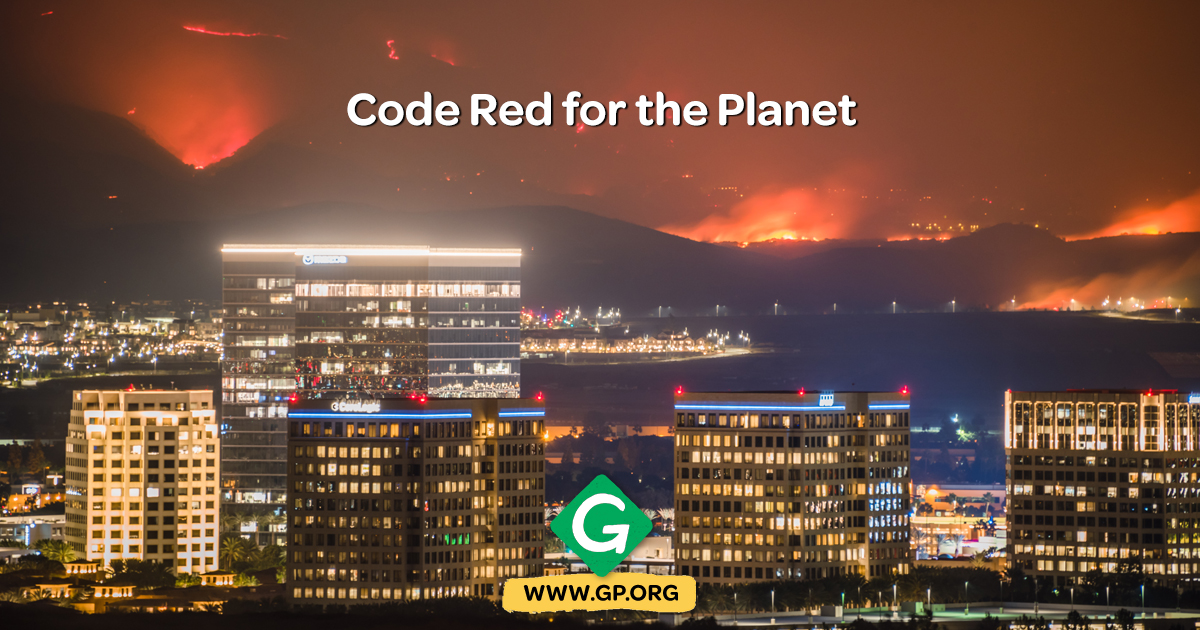 WASHINGTON, DC — The EcoAction Committee of the Green Party of the United States (Green Party US) condemns President Biden’s year of climate negligence and renews the call to pressure the president to declare a climate emergency and issue a comprehensive series of related Executive Orders, as described on ClimatePresident.org.

EcoAction Committee of Green Party of the United States
January 18, 2022

Biden and Congressional Democrats must also replace the ever-shrinking “Build Back Better” (BBB) social and climate spending bill with a public vote on robust Green New Deal legislation, without delay. The Green New Deal needs to be implemented immediately to address:

In the 2020 election, Green presidential nominee Howie Hawkins called for an annual $2.7 trillion investment in climate initiatives to reduce emissions to zero within a decade. Greens also sought an annual $1.4 trillion investment in an Economic Bill of Rights and COVID relief, focused on guaranteed living wage jobs, guaranteed income above poverty, expanded and improved Medicare-For-All, housing, and education.

The Green Party advocates for a Just Transition, ensuring good jobs and compensation for workers and others dependent on the present fossil fuel industry. Greens support directing a majority of this funding to low-income and communities of color, which face the worst consequences of climate change.

“Biden and the Democrats have squandered the first year of what is likely to be only a two-year window where they have the majority votes in both Houses of Congress. Last year, the Intergovernmental Panel on Climate Change (IPCC) issued a ‘Code Red for the planet,’ saying the pledges made by elected officials since the Paris accords were far too little to avoid a climate collapse. It is long past time for Senator Schumer to make Senators take a public vote on whether they will sacrifice the well-being of their constituents and future generations in order to maintain the campaign donations and profits of fossil fuel companies.”

The Democrats’ failure to strip Senator Manchin, with his infamous coal investments, from his position as chair of the Senate Energy Committee is unconscionable. Legislators must find a way to halt the existing, excessive use and misuse of fossil fuels, including natural gas. And yet, while Biden promised to halt new fossil fuel permits on federal land if elected, he has done the opposite.

While the Democrats argue over the size of the ever-smaller (BBB) plan, they recently enacted the world’s largest military budget; the Green Party supports redirecting at least half of Pentagon spending to invest in a Green New Deal. A carbon fee-and-dividend program could make polluters pay for the massive damage they cause while raising revenues for climate action.

“During WWII, President Roosevelt took control of the American economy to respond to the emergency. He redirected the productive power of the country to build what was needed to protect the American people. I believe Biden needs to take a similar approach, redirecting our productive capacity today from building weapons for oil wars to defeating the urgent existential threat of climate change. We need public ownership and democratic control of our energy and economic systems  to ensure that we build renewable energy not only quickly but in the locations that best meet the public needs to find ways to continue to provide heat, electricity and basic needs to our nation and for the sake of our planet.”

We urge Biden and Congress to invest instead in nature-based, climate solutions such as protecting forests, restoring wetlands, and promoting regenerative agriculture. We also support requiring homes to be more energy-efficient and carbon-free, reduce overconsumption and overproduction, and to promote mass transit and other greener transit approaches, such as bicycles and walkable communities.

Green Party of the United States