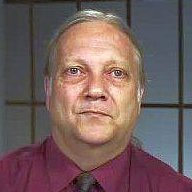 The last thing I ever expected to be doing with my life was getting involved in politics, much less running for public office. But here I am. After all the opportunities the Bronx has afforded me over the years, I thought it was about time I tried giving something back.

I became involved with the Green Party in 2000 after seeing Ralph Nader nominated as the Green Party candidate for President at the party’s Annual Meeting in Denver on C-Span. I had already been disillusioned with major parties in this country for some time. In fact, when I first registered to vote in 1971, I didn’t choose a party. Even then I knew that the two-party system was dysfunctional. The Green Party (and Ralph Nader) captured my imagination. I finally found a party that reflected my values, spoke to my concerns, had a realistic understanding of the world, and a positive and constructive platform for systemic change.

I‘m Chair of the Bronx County Green Party / Verdes del Bronx (a community activist group affiliated with the Green Movement); I’m treasurer of the Green Team Committee,which is the authorized committee for our Green Team candidates. In 2010, I ran for NY State Assembly in AD 82, and in 2012, for NY State Senate in SD34 against Jeff Klein. I received 1,348 votes or about 2% of the vote. In 2013, I ran for Bronx Borough President. In 2014 and 2016, I ran for state Senate again. In 2017, I’ll be running for the NY City Council.

My grandfather, Martin, came to this country from Sweden in 1898, settled in the Bronx, married and started raising a family at 356 E. 137th Street (the address is long since gone, the site now within NYCHA’s Mitchel Houses complex.) He was an architectural carpenter and created many of the ornate and decorative door and window frames and mouldings that graced the buildings of that era. His wife, Alva, was a cleaning woman. As the family grew and they needed more space, they moved to 451 East 149th Street (now the site of an AutoZone store.) During their time there, my grandparents contracted tuberculosis and were taken by city authorities to a sanitarium on Welfare Island – now Roosevelt Island – where they eventually died. My Uncle Gus was coming home from school when he saw them being taken away. He wasn’t even allowed to say goodbye to them. My father, Carl, and his other brother, Harry, were placed in an orphanage. The older siblings, my Aunts, Martha and Ethel, were already out on their own. Gus, although too young, lied about his age and enlisted in the Merchant Marines. But the family eventually came back together after Martha married. She took in and raised Gus, Harry and Carl. They moved into an apartment building at 3242 Decatur Avenue. When the brothers eventually moved out to begin their own lives, Martha and her husband, Bill Gonzales, moved to 3929 Carpenter Avenue, where they raised my cousin Billy.

When my parents were married, they first moved in to an apartment in Inwood so they could be close to where my mother worked. I spent the first 14 months of my life there. We finally moved into an apartment in Unionport in 1954. I still live there.

My father, Carl (for whom I’m named), was a proud union man. He worked as a driver and route salesman with Cushman Bakeries and then with Taystee Bread. He was a Teamster who attended union meetings regularly and walked the picket lines when necessary. Dad’s closest friends were the shop steward and union rep. I remember a number of occasions when they would come over for meetings at our apartment. I grew up reading the Teamster magazine. Upon retiring from Taystee after 40 years, and not content to be idle, dad got a job as the night administrator at the Rebekah (formerly Odd Fellows) Home, where he worked another 20 years and was a member of SEIU Local 1199.

My mother, Elsbeth, was a nurse at Columbia Presbyterian Hospital. She left after getting married to start a family. After two miscarriages, she was prescribed fertility drugs which led to my being born, but not without great cost and sacrifice. The drugs were responsible for causing ovarian cancer from which she died when I was 13. Even with the pain and suffering she went through, she was able to impart wisdom, knowledge, social justice, pride in oneself and empathy towards all to me, with a great sense of humor and an ecological understanding of the world (long before the term was in common usage).

MY LIFE IN THE BRONX

Growing up, I participated in my share of activities. I was a member of Boy Scout Troop 108, where I achieved the rank of “Star”, and eventually became a Patrol Leader (we held our meetings at the Westchester Methodist Church on E. Tremont); played outfield for a team in the Castle Hill League; taught Sunday School at St. Paul’s Lutheran Church on Newbold Ave. (even sang in the choir); I even formed a club with some of my friends when we were pre teens that did chores for Ladder Company 47 on Castle Hill Ave. (usually pulling weeds away from fire hydrants on Zerega Ave. so they could be spotted easily.)

Ass a member of the Environmental Science Club of James Monroe High School (he school wouldn’t allow us to call it the Environmental Science Club, so, officially it was called the Geology Club), I organized an aluminum can recycling drive. We took a umber of field trips that included a visit to the Environmental Center at the Great Swamp in NJ, an invitation only visit to Wave Hill in the Bronx where we saw Pete Seeger perform and got to meet and speak with him, and a lecture by Consumer Advocate Ralph Nader at Brooklyn Polytechnic Institute. Starting in High School, I began forming and playing in various bands, performing all around the area. In 1972, just out of high school, some friends and I worked as volunteers at the McGovern for President campaign headquarters in Westchester Square.

I held my first (part-time) job at 11 as a delivery boy for Mason’s Pharmacy on Castle Hill; In high school, I worked at the old M & S Cigar Store at the corner of Castle Hill and Westchester, flipping burgers and making egg creams. My first adult job was as a sales clerk and cashier at Strauss Auto Parts on Castle Hill.

I attended P.S. 36 on Castle Hill from Kindergarten to 3rd grade; P.S. 138 on Lafayette Ave. from 4th – 6th; J.H.S. 125 on Pugsley Ave.; James Monroe High School; and I attended Herbert Lehman College before working towards a Bachelor of Architecture degree at the New York Institute of Technology.

I‘ve lived in the Bronx since I was 14 months old. Aside from one year that I lived in Florida with relatives and began high school, the Bronx has been my home. I’ve seen all the changes – good and bad – that have occurred in that time. The one thing that hasn’t changed, however, is the spirit and determination of the people of the Bronx. Over the years we’ve been imposed upon, taken for granted, ignored, and had promises made…and broken. But through it all, and despite it all, we’ve raised our children, provided for our families, established our local businesses, filled our spiritual needs, enjoyed our free time, and joined our friends and neighbors in building a vibrant community.

It would be my honor and privilege to serve as the City Council Member for District 18, so that you can have a voice in ensuring that our community receives the resources it needs to strengthen and perpetuate those values now and for future generations.