Celebrating the founding of the Black Panther Party 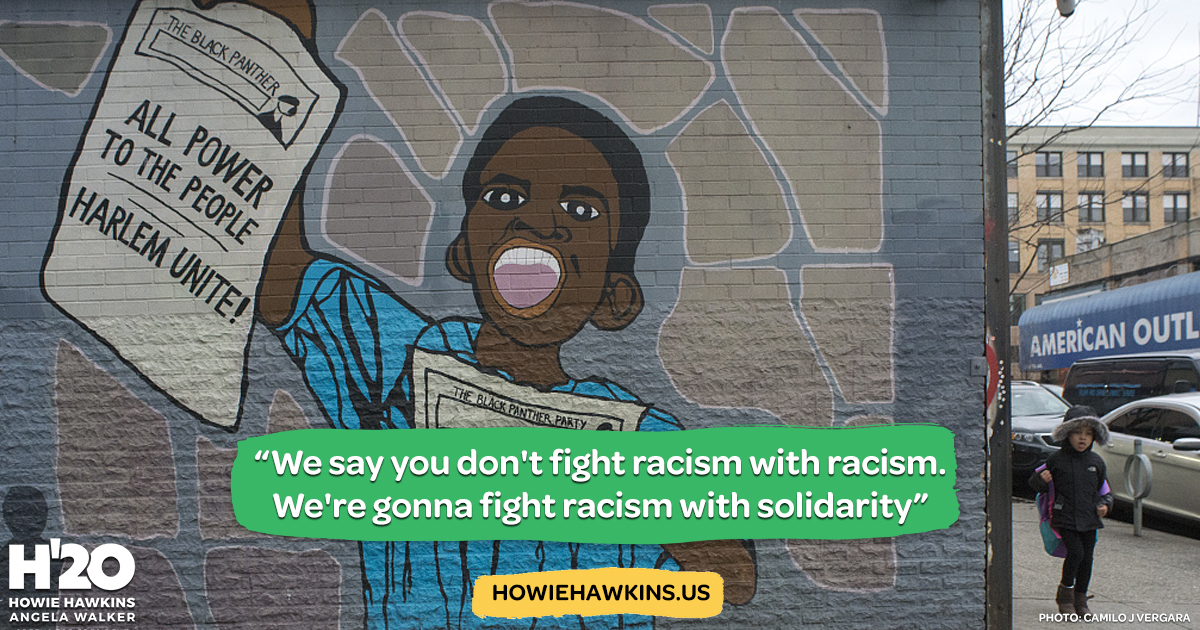 Thursday we celebrated the formation of the Black Panther Party 54 years ago in Oakland, California.

The Black Panther Party clearly showed the willingness of regular people to organize and take action to protect their communities.

Today, we find ourselves still calling for the changes that these brave people were fighting for in the 1960s: community control of the police, reparations paid to African Americans, and social/economic
equality.

As we have continued to see the murder of African Americans by police in 2020, names such as George Floyd, Breonna Taylor, and Ahmaud Arbery to name only a few, the conversation has to include the importance of community control of the police.

This isn’t a new idea.

The time for this idea has already come and the need for this type of action to regain control of our nation’s police forces has never left.

We’re living in an age where these headlines are blasted into feeds on every social media platform.

Entire generations of minorities and their children have been seeing the news for their entire lives while also seeing the lack of action in addressing the racism and sadism in law enforcement and the criminal justice system.

It has to stop.

"We got to face some facts. That the masses are poor, that the masses belong to what you call the lower class, and when I talk about the masses, I'm talking about the white masses, I'm talking about the black masses, and the brown masses, and the yellow masses, too. We've got to face the fact that some people say you fight fire best with fire, but we say you put fire out best with water. We say you don't fight racism with racism. We're gonna fight racism with solidarity."

Yet neither major party is giving this matter the attention that it deserves.

Republicans, as expected, are denying the problem at best and protesting or contributing to it at worst.

Meanwhile, Democrats, as expected, have taken the slogans of organizations like Black Lives Matter to make grand gestures but, ultimately, doing nothing more to solve problem.

This is why the Green Party is so necessary.

Someone has to raise awareness of these issues.

Someone has to spell out plans for how we end the abuse, misconduct, and blatant murders being committed by police officers (who are then only given administrative leave as “punishment”).

Someone has to say plainly that the way to fight crime is to fight poverty (Angela Walker says this).

And most of all, someone has to take action.

That’s why we are asking for your support in this campaign.

It’s about coming together in solidarity to create the changes that we so desperately need in this country and in our communities.

The Black Panther Party did not sit back and spend all of their time theorizing how their communities could look.

Now it’s your time to do the same.

By clicking the link below and making a donation to this campaign, you are saying “enough is enough” and standing up against racism, abuse, and hatred.

Will you stand with us?

Choose to be a victor by making a donation (recommended $27) today as we fight back against Trump and the whole corrupt system that brought him here! 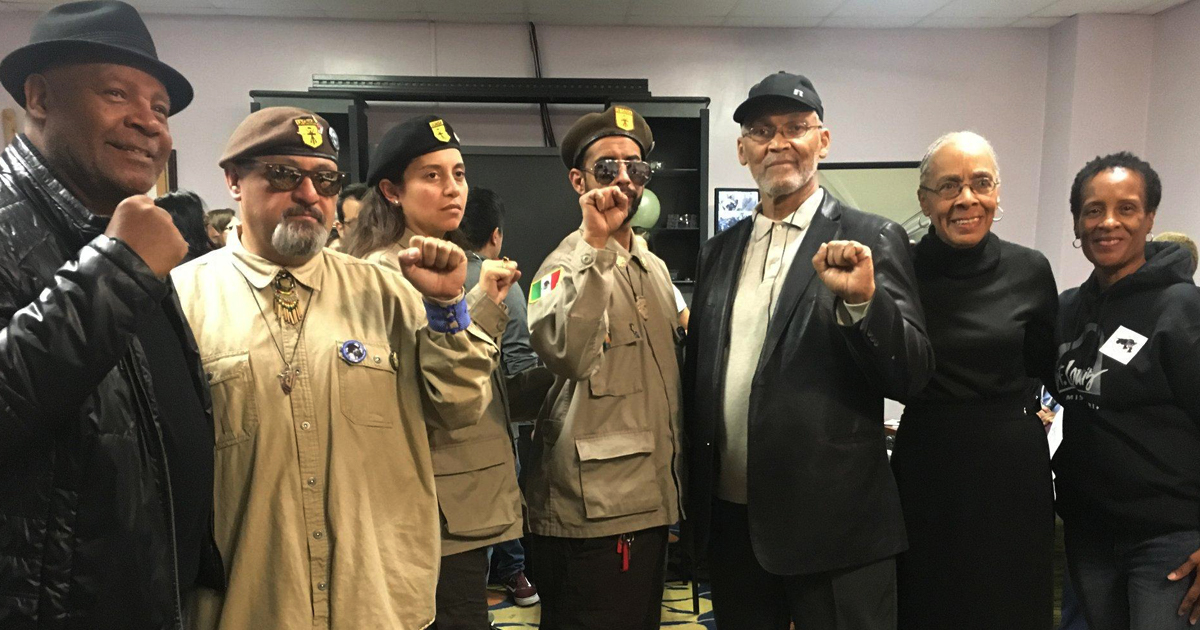 Bruce A. Dixon (third from right) and other former Black Panthers along with the Brown Berets raise their fists and chant "All Power to the People" at the 50th Anniversary of the Illinois Chapter of the BPP at a West Side Health Fair in November.