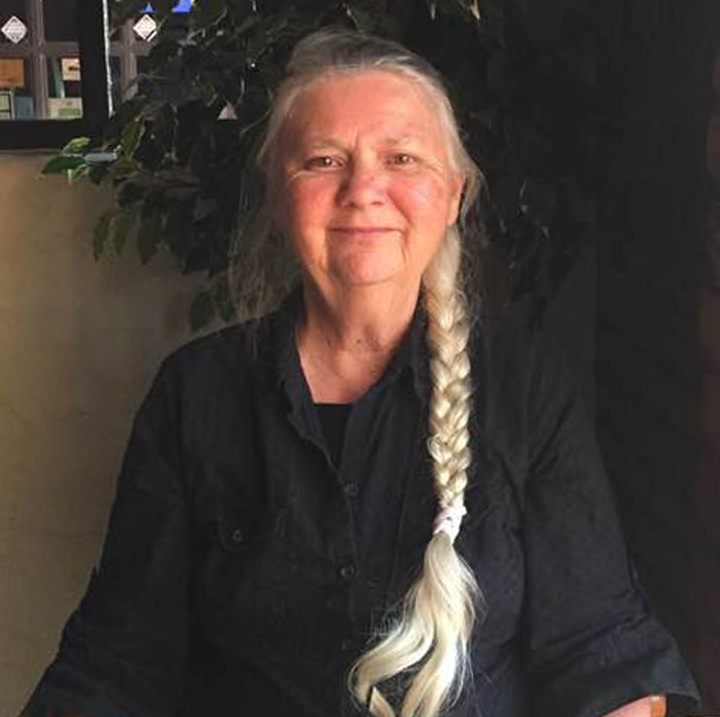 The Green Party of the United States was saddened to hear of the recent death of Claudia Ellquist. A long-time member of the Arizona Green Party and the National Women’s Caucus (NWC), her dedication to building a better world was an inspiration to many Greens from around the country.

Jody Grage, national secretary and a member of the Green Party of Washington states “I have saved a good many of Claudia’s posts. Her words of wisdom will continue to guide me and others who have been so fortunate to know her. Claudia is a great Green whose memory will invite and encourage us to live up to her example.”

“Her name has always been known to me as one of the stellar Greens at the heart of the Green Party.” Linda Cree, Michigan “She is such a great leader, penetrating in her analysis, caring about others, and a pillar of strength for the Green Party. We long for remission for her” wrote John Rensenbrink, one of the co-founders of the Green Party, shortly before Claudia’s death.

I am quite saddened to learn the news of Claudia Ellquist’s deterioration in health. Years ago I noted the words below that she wrote. I printed them out and have them taped below my computer screen. I try to recall their import when writing during heated discussion. I hope others will take these words to heart as well:

People who disagree with you are not your enemies. Only people who try to dominate your are your enemies. Learning the difference can make us all so much more effective. – Claudia Ellquist

It has now been more than a year and a half since we had to say goodbye to our dear colleague, Claudia Ellquist, co-founder of the Arizona Green Party. She passed away on the morning of November 17, 2018, holding the hand of her husband of nearly 25 years, John Yoakum. She had been diagnosed with pancreatic cancer less than two months prior. She was 70 years young.

Claudia lived many years in Tucson, Arizona and ran for Pima County Attorney several times which secured that county’s Green Party ballot status over the years, as she always garnered a good percentage of the vote. She was a staunch advocate for abolishing the death penalty, a loyal member of the Az chapter of N.O.W., and a faithful member of Tucson’s First Christian Church. In 1999 she was appointed to the Citizens Clean Elections Commission, as she was instrumental in the creation of this system that strives for transparency, candidate participation and voter education.

In 2012 Claudia was awarded the Vance Hansen Achievement Award in recognition of her 30+ years of organizing for democracy, peace and social justice in Arizona. She continued to be active in Green Party organizing and served for many years on the state committee as co-chair of the AZGP and delegate to the GPUS. She had a way of drawing people to her, as her spirit is one of inclusivity; that is to say, all feel welcome at the table.

As we organize for the PNC, the Arizona delegation is reflecting on Claudia’s impact on our state. We honor her life and count her PRESENTE with us at the convention. Beloved sister Claudia, we miss you immensely!

P.S.
Claudia was in the process of writing her memoir. A friend of hers, Peggy Hendry, just completed the book and got it published last week! Amen!

I will definitely get a copy of Claudia's memoir!

She was ever the calm in the midst of a vibrant party's stormy relations at times.

She's sorely missed while I still am and remain grateful for having known her even the little I did.

When I drove out to AZ from OK to verify the proposed site as part of the ANM, she spoke to me of the water stations in the desert she and her husband were a part of.

The trip was a whirlwind with 2 small kids in tow, but I found myself seeking her posts on the nat'l list as just one of a handful of wise women I felt lit the way on paths through what can be a confusing place at times.

She was only a few years older than me but had vast life and gp experience. A beloved elder to be sure and I can't help but feel she's still a part of our journey.