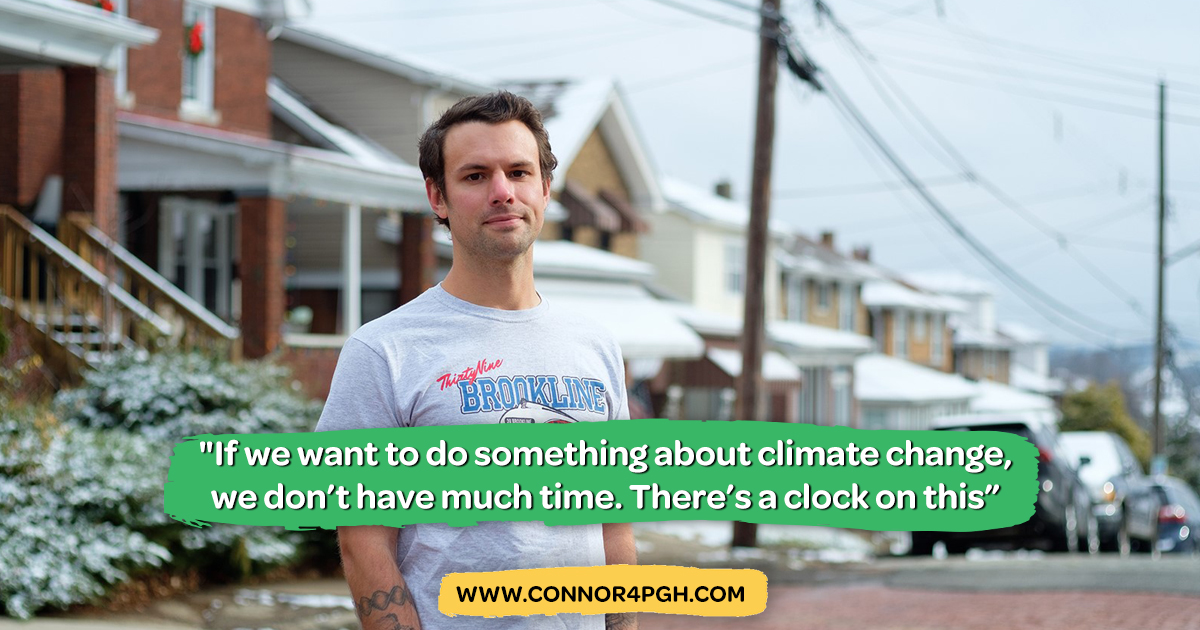 First-term Pittsburgh City Councilman Anthony Coghill is being challenged in the Nov. 2 election by political newcomer Connor Mulvaney in this year’s only contested race for council.

The winner will represent District 4, which includes the neighborhoods of Beechview, Bon Air, Brookline, Carrick, Mt. Washington and Overbrook. Coghill, 55, is a Democrat from Beechview, while Mulvaney, 28, of Brookline, is running as a Green Party of Allegheny County candidate.

Coghill touted several projects he spearheaded during his first four years in office, many of which emphasized infrastructure — a topic to which he says he brings expertise because of his background as a contractor. He said he had several dilapidated, abandoned buildings removed and emphasized paving projects, including an initiative to pave alleys, where many of his constituents park.

“To leave now, I feel would be an injustice to the fourth district,” he said of his reelection campaign.

He said he also worked to bring a Public Works division back to the district. A new $3 million project will bring that back into the district by next winter, he said.

“As a contractor, I know how important it is that our trucks that are coming to plow our roads and cut our grass aren’t coming from different parts of the city,” he said. “I want them right in the neighborhood.”

If reelected, Coghill said he would focus on development in Carrick, including revitalizing an area of abandoned buildings on Brownsville Road with a new development called Burgh Place, which, he said, could include housing, shopping and a grocery store.

“The potential there is just off the charts,” he said.

Coghill said he looks forward to working with the new mayoral administration on public safety improvements. He said he has been working to install speed bumps along a stretch of Pioneer Avenue near Moore Park, working with the Port Authority of Allegheny County to bring a new raised platform for the T in Beechview and continuing progress on other projects such as paving and removing blight.

“I am confident that we will have almost every road paved and every dilapidated building removed, and the business districts, I hope, will be thriving,” Coghill said.

Mulvaney said he feels that concerns from community activists such as himself have been “met with indifference” from officials on Grant Street.

“Not having a lot of faith in the existing political infrastructure led me to the Green Party,” Mulvaney said.

Mulvaney said he previously volunteered for Bernie Sanders’ presidential campaigns, but was “turned off” by the Democratic Party after Sanders failed to gain the party’s presidential nomination in 2020. Now, he said, he wants to launch a campaign that focuses on the ideals of the Green Party, including peace, ecological wisdom, social justice and democracy.

If elected, Mulvaney said housing would be among his top priorities. He advocated for mandatory affordable housing based on median income in new developments. He also suggested providing rental assistance and “changing how we treat evictions.”

Mulvaney said he also would focus on addressing climate change at the local level. He said he wants to see the city “decarbonize as quickly as possible,” and focus on providing more environmentally friendly means of public transportation.

Mulvaney said his experience as a community activist means he has connections with other activists and organizations in the city who can bring fresh ideas into local government.

“One of the things that I hope to do when elected is champion the voices of advocates in City Council, especially for people in District 4,” Mulvaney said.

Council members Theresa Kail-Smith, R. Daniel Lavelle and Erika Strassburger also are up for re-election, but are unopposed in the Nov. 2 election.