Confidence in the Supreme Court? 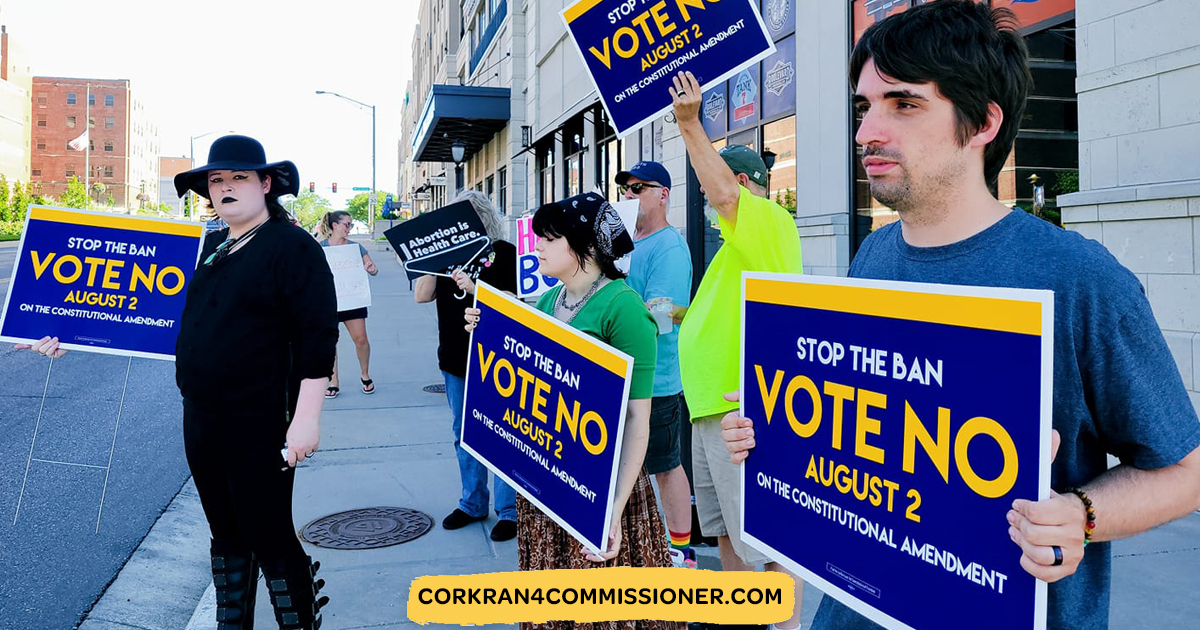 Kiel Corkran (r) is out on Rainbow Blvd with other activists to show his support for the campaign to defeat the anti-abortion constitutional amendment!

Americans’ confidence in the Supreme Court was already at an all time low before the Court issued its decision on Friday. Kiel Cochran believes that the following decision by the court to overturn Roe v Wade was the incorrect one as taking away a woman’s ability to control their own bodies goes against the foundations that make up our most basic rights as free citizens of this country! Kiel believes that at its core we conclude several things about the future of our society, but he finds these 5 to be important.

Here are them listed below:

Kiel Corkran is running for Commissioner of Insurance as the Kansas Green Party candidate.