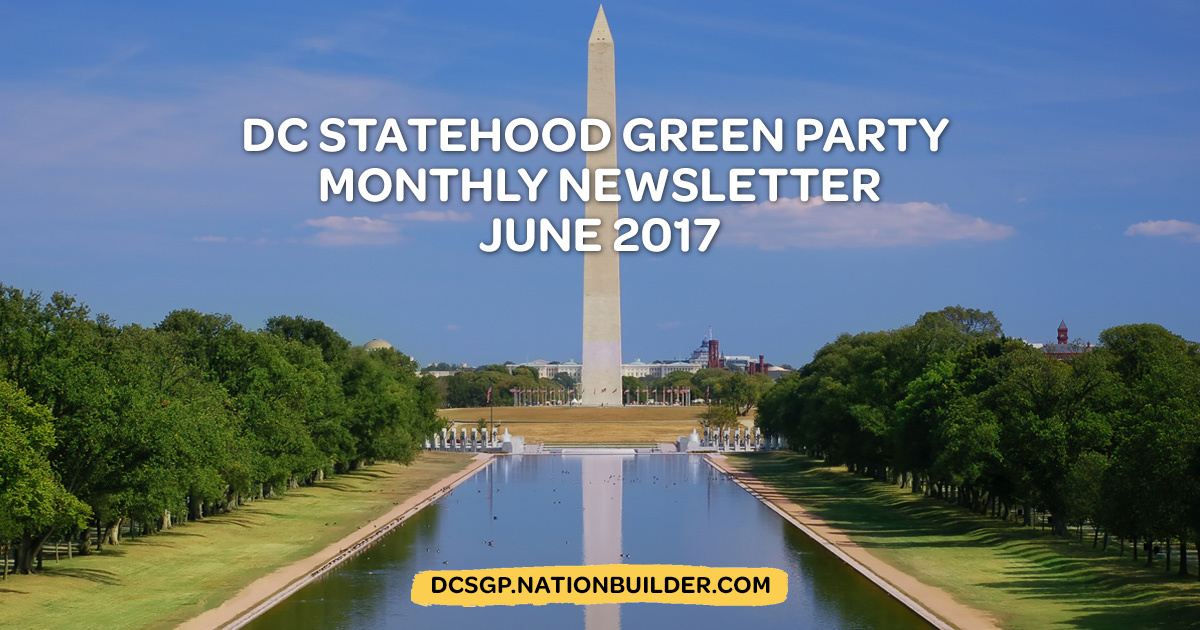 The DC Statehood Green Party (DCSGP) is a progressive, grassroots organization dedicated to representing the interests of the citizens of the District of Columbia. We are the District’s second largest political party by vote total and we’ve had enough of corporate-dominated politics. The longer we wait for change, the harder it gets. Join us! Vote Green!

The Good, the Bad and the Ugly in Mayor Bowser's Budget: 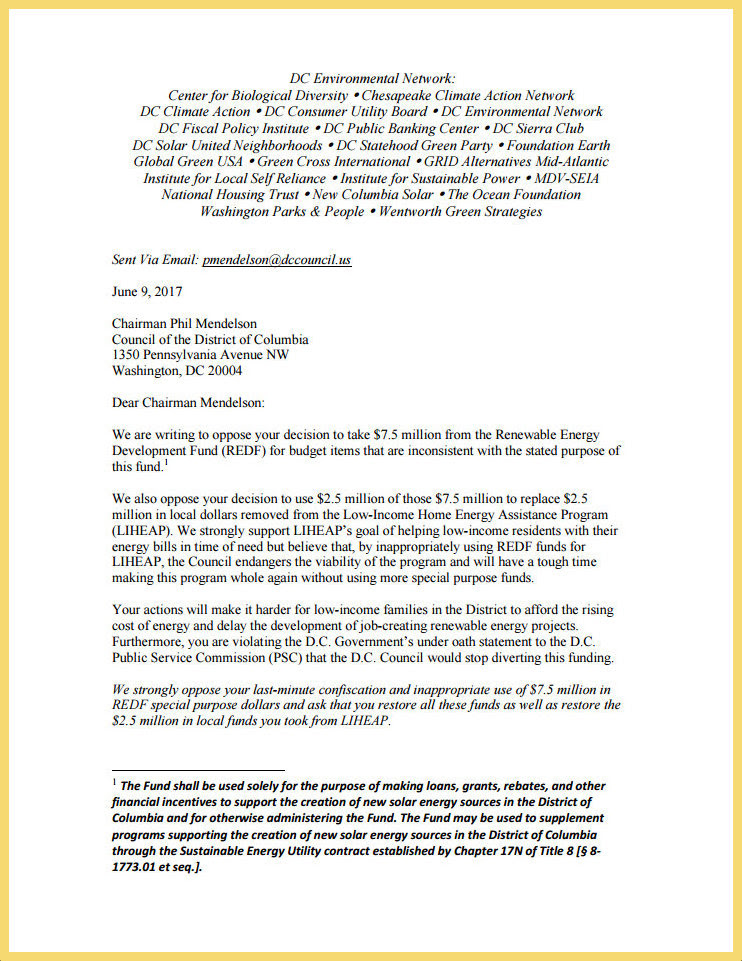 THE GOOD: DC Greens were heartened to hear that the Mayor's Office and City Council worked hard to include a $60 million tax cut for the working class, especially those on the poverty line. While still insufficient, Greens also support the decision to extend the TANF Program past the 60 month limit to guarantee income assistance, job training and other supportive services to District families with children.

THE BAD: Mayor Bowser and the Council's decision to include a $12 million tax cut for the District's wealthiest citizens by raising the estate tax threshold to federal level. Tax cuts for big businesses (reducing the business franchise tax) will also cost DC $28 million.

THE UGLY: DC's 2018 budget includes no funding to repair public housing, no funding to implement 'Ban the Box,' and worst still, eliminates $7.7 million in funding for the Neighborhood Engagement Achieves Results (NEAR) Act.

Earlier this month, DC Statehood Greens signed on to a coalition letter condemning Chairman Mendelson's decision to raid $7.5 million in funding from the Renewable Energy Development Fund (REDF).
Funds from the REDF were supposed to be used to encourage solar energy production, reduce carbon emissions, and help low-income District resident with energy costs.

You can read the letter HERE

Join us at the Green Party National Convention July 13-16!

Join Greens from across the country at our 2017 Green Party US Annual Meeting in Newark, New Jersey, Thursday, July 13 to Sunday, July 16!

Candidates nationwide seeking office in 2018 will be on hand and veteran organizers will be hosting campaign schools for all interested parties.

Thinking of Running Green in 2018?

Across the country, hundreds of Green Party candidates will be talking about real issues affecting real people and speaking truth to power.

The DC Statehood Green Party is looking for progressive to run for elected office in 2018. Elections will be held for Mayor, City Council at-large, Congressional Delegate, and a host of other local offices including Advisory Neighborhood Council (ANC). If you or someone you know is thinking of running, fill out our candidate questionnaire or send us an email at [email protected].

We are also looking for volunteers. If you would like to volunteer, please fill out our volunteer form.

Please consider becoming a sustaining donor to ensure we have more news to bring you!