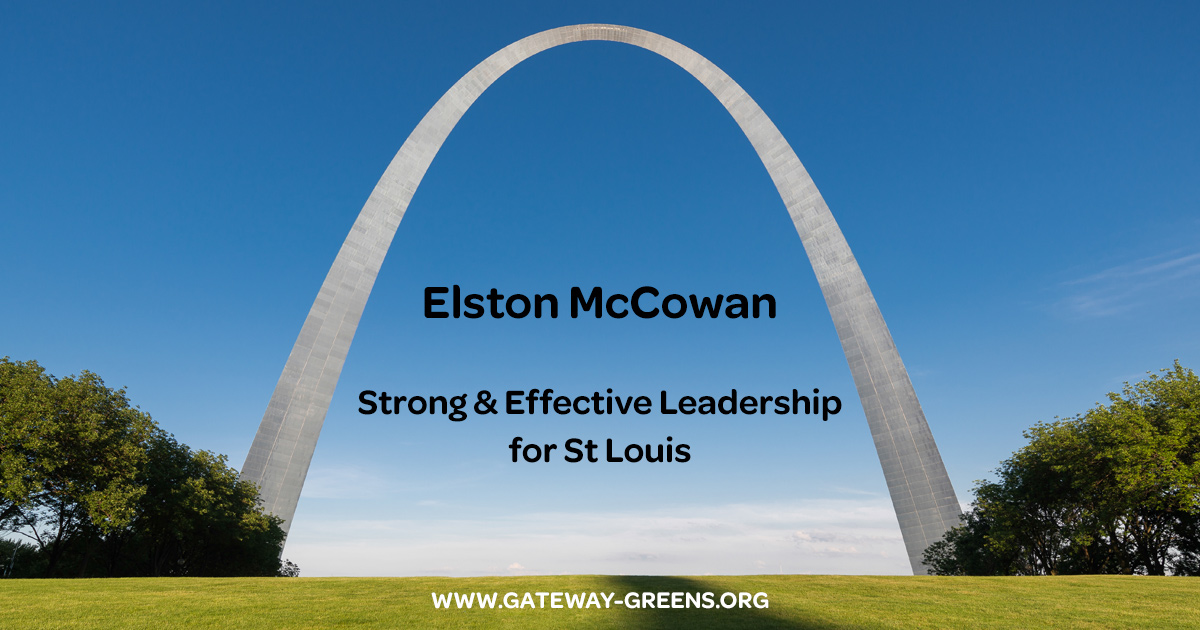 Is Elston McCowan crazy to think that he can actually defeat Democratic Party candidates by running on the Green Party ticket in a St. Louis ward that is 95% black? Maybe not, since in 2015 he received 37% of the vote in Ward 2 against the incumbent.

Host Don Fitz and guest Rev. Elston McCowan discuss how the theme “Strong and Effective Leadership” refers to loss of City funds for Ward 2 due to Democratic Party bosses not standing up for their constituents. Rev. McCowan intends to obtain City funding for cleaning up alleys, improving parks and helping elders receive financing for home energy efficiency. He has experience teaching gardening in schools and will combat “food deserts” by bringing shops with healthy food to the ward.

Rev. McCowan opposes the state appointed board continuing to run St. Louis Public Schools and advocates returning power to the elected school board. He supports demonstrations that occurred after Jason Stockley was acquitted of murder for killing Anthony Lamar Smith. Sensitive to the high rate of violence Ward 2, he wants to deal with crime through jobs, education and recreational facilities.

Rev. McCowan wants the St. Louis Board of Aldermen to urge the Missouri legislature to approve a Single Payer (Medicare for All) system for the state. He discusses the fact that funding for needed services in US cities will be unavailable as long as there are endless wars and will call for a Conference of Urban Elected Officials to develop plans for confronting crises which federal and state governments are ignoring.

You can also see Green Time on KNLC’s Renewable Energy Channel 24-2
[You may need to ask your cable provider how to view 24-2]:

You can now see Green Time on these Missouri stations:

Please let us know if you would like to help with with Rev McCowan's campaign.

Green Time 532 is produced by the Gateway Greens in conjunction with KNLC Channel 24.