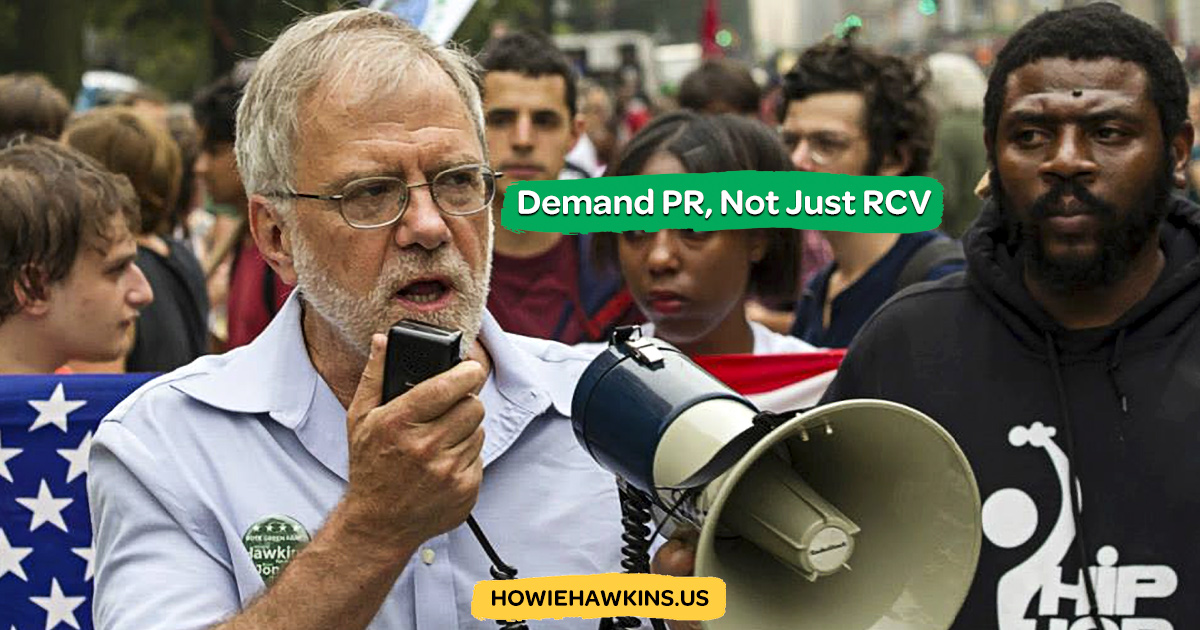 Ranked-choice voting (RCV) refers to systems where voters rank their choices in order of preference.

The good thing about these systems is that they eliminate the vote-splitting or lesser-evil problem of single-seat, plurality-wins elections like we have in most of the United States.

If applied to single-member districts, RCV will grossly underrepresent minority parties like the Green Party today as much as single-member, plurality-wins districts do.

If applied to multi-member districts, ranked-choice voting will create Proportional Representation (PR). Parties will have representatives in legislative bodies in proportion to the votes they receive.

We just had a real-life experiment demonstrating these differences in the Australian elections of May 18, 2019.

The Australian House of Representatives is elected by RCV in single-member districts. The Green Party got 10% of the total first preference votes, but only 1 of 151 seats.

The lesson for American Greens?

It is self-defeating for Greens to demand RCV for legislative bodies in what remain single-member districts. Winning that demand will not give the people whose first preference is the Green Party their fair share of representation.

Demanding RCV for single-seat executive offices like mayor, governor, and president is fine.

PR should be our demand and goal for legislative bodies. RCV in multi-members districts is simply the method for PR.