The Democrats Out-Right the Right on North Korean Summit 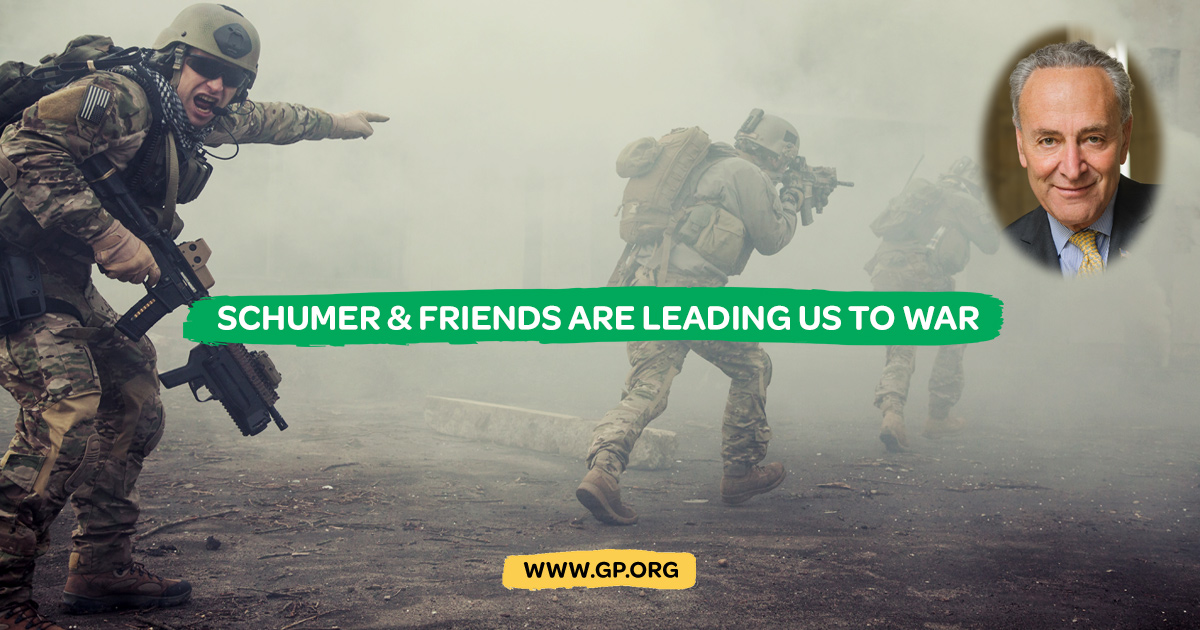 If more proof was needed to persuade anyone that the Democrats are indeed a war party, it was provided when Senator Chuck Schumer and other Democrat leaders in the Senate engaged in a cynical stunt to stake out a position to the right of John Bolton on the summit between Trump and Kim Jong Un.

The Democrats asserted that the planned summit could only be judged successful if the North Koreans agreed to dismantle and remove all their nuclear, chemical, and biological weapons, end all production and enrichment of uranium, dismantle its nuclear weapons infrastructure, and suspend ballistic missile tests.

Those demands would constitute an unconditional surrender on the part of the North Korean leadership and will not happen, and the Democrats know it.

But as problematic as those demands are, here is the real problem that again demonstrates the bi-partisan commitment to war that has been at the center of U.S. imperial policies: If these are the outcomes that must be achieved for the meeting to be judged a success, not only does it raise the bar beyond the level any serious person believes possible, it gives the Trump administration the ideological cover to move toward war. The inevitable failure to force the North Koreans to surrender essentially forecloses all other options other than military conflict.

This is a reckless and cynical game that provides more proof that neither party has the maturity and foresight to lead.

Both capitalist parties support the use and deployment of militarism, repression and war, but somehow – even though the historic record reveals the opposite – the Democratic party has managed to be perceived as less likely to support the war agenda than Republicans. That perception must be challenged directly.

The Democrats have had a long and sordid history connected to North Korea, and every other imperialist war that the U.S. has waged since the end of the Second World War. It was the policies of Democrat president Truman that divided the Korean peninsula and led to the brutal colonial war waged by U.S. forces. Conflict with Korea was valuable for Truman and his party advisors who were committed to re-militarizing the U.S. economy, and they needed the justification that the Korean war gave them. Truman tripled the military budget and established the framework for the network of U.S foreign bases that would eventually cover the world over the next few decades.

The bipartisan commitment to full spectrum dominance continues with no real opposition from the Democratic party-connected “resistance.” Even the Poor Peoples’ Campaign (PPC) that was launched in May and purports to be an independent moral movement still dances around the issue of naming the parties and interests responsible for the “moral failures” of the U.S.

On the other hand, the Revolutionary Action Committee, the Student Non-Violent Coordinating Committee, the student- and youth-led anti-war movement and eventually Dr. King clearly identified the bi-partisan commitment to the Vietnam war. What Dr. King and the activists in the 1960s understood was that in order to be politically and morally consistent, it was necessary to name the culprits and identify the concrete geopolitical and economic interests driving the issue of war and militarism.

Appeals to morality as an element for popular mobilization against war can be useful. But such appeals have little more impact than an online petition if they substitute vague platitudes for substance and specificity.

And then just a few days after the PPC’s week of action on militarism and war, the Democrats delivered their reckless and opportunistic ultimatum to the Trump administration on North Korea that could very conceivably lead to another illegal and immoral U.S. war.

Not calling the Democrats out on their warmongering is itself immoral.

It is also quite clear that vague moral appeals are not enough to delineate the interests of the capitalist elites and their commitment to war as oppositional to those of working people and the poor, who in the U.S. serve the moneyed interests as enlisted cannon fodder.

The positions staked out by the leadership of the Democratic party just confirmed what was already commonly understood as the hegemonic positions among the majority in the foreign policy establishment.

Unfortunately, the general public is the only sector confused about the intentions and interests of elitist policy-makers, especially those elements of the public conditioned to believe that the Democratic party is less belligerent and less committed to militarism than the Republicans.

The fact is that the Democratic party establishment is also firmly entrenched on the right. Defeating the bi-partisan right must be the task for ourselves and for the world.

That is why the peace, anti-war and anti-imperialist forces must do the work to clear up that confusion. The movement must declare without equivocation the position of the Black Alliance for Peace: Not one drop of blood from the working class and poor to defend the capitalist oligarchy.

Ajamu Baraka is a board member with Cooperation Jackson, the national organizer of the Black Alliance for Peace and was the 2016 candidate for vice president on the Green Party ticket. He is an editor and contributing columnist for the Black Agenda Report and contributing columnist for Counterpunch. He can be reached at www.AjamuBaraka.com Read other articles by Ajamu, or visit Ajamu's website.