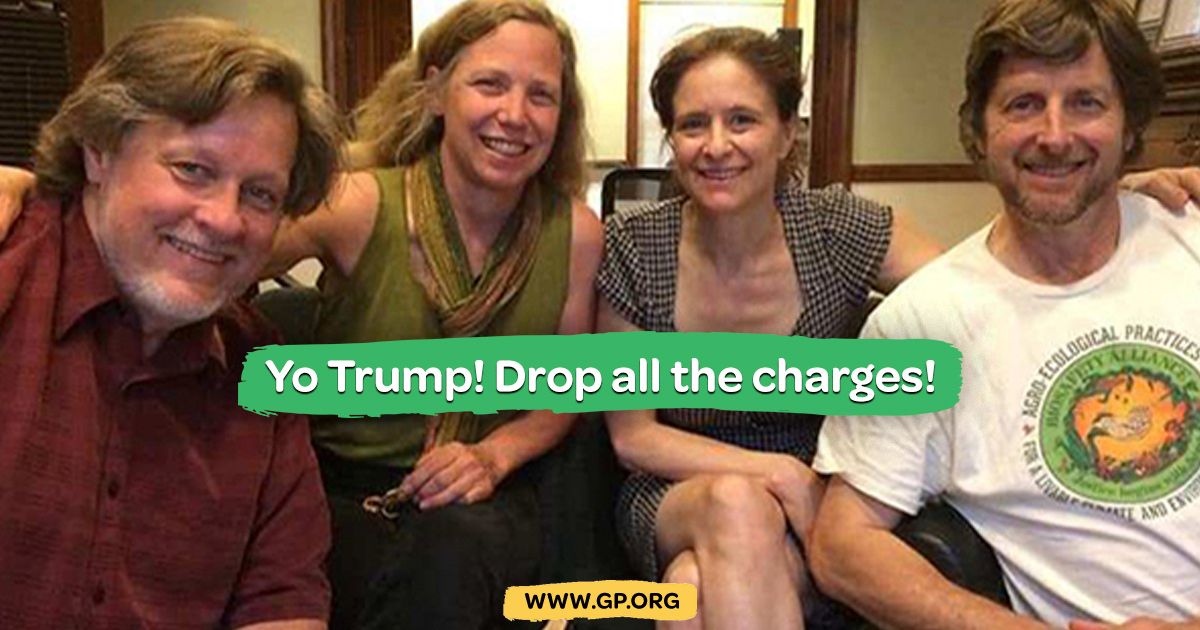 The last remaining 4 Embassy Proctors — Kevin Zeese, Margaret Flowers, David Paul and Adrienne Pine — were arrested in the Washington D.C. Embassy of Venezuela on May 16, 2019 having occupied the Venezuelan Embassy with as many as 100 other activists with the permission of the Venezuelan government over the course of those 37 days. The Embassy Protection Collective were welcomed into the Venezuelan Embassy in order to prevent it from being illegally taken by the unelected regime of Juan Guaidó that was being imposed on the Venezuelan people by the Trump Administration.

The Four are now facing misdemeanor charges of “Interfering with certain protective functions” of the Federal government that carries a maximum of one-year imprisonment and $100,000 fine for each of them. The United States Government is intent on making example of these citizens and is using its unlimited resources to make sure that they are penalized and incarcerated.

The Embassy Protectors Defense Committee, made up of a collection of human rights defenders, international law experts, journalists, labor activists, anti-war and social justice advocates, is involved in raising resources to help cover the enormous expenses of defending against the bogus charge and the outrageous finds that the government appears intent on imposing if the charges are not dropped and the case proceeds to trial. This is a politicized case initiated by an administration that is unrestrained by accepted international law and recognized state relations as part of the international order established over last seven decades.

The Embassy Defense Committee is circulating a petition and launching a massive international campaign to have all charges dropped and to compel the Trump Administration to reenter the community of law-abiding states.

Background: The United States Government, once again attempting regime change, has been, and still is, in clear violation of human rights by taking the whole of the Venezuelan population hostage through its illegal efforts to bring the Venezuelan government down, by imposing sanctions and threats of violence, by denying the citizenry much needed food and medicine and utilities — in parallel to the oppressive measures taken in Washington D.C., in our own nation’s capital, by denying the deliver of food and medicine and ultimately shutting off utility services of water and electric power as they did, in attempt, to drive out the Embassy Protection Collective.

Clear solutions were offered. The public must come to understand that the means of selection of a Protecting Power was formalized during the Vienna Convention on Diplomatic Relations of 1961. In fact, on May 13, 2019, the Embassy Protection Collective issued a most salient statement calling for the implementation of Protecting Power Agreement.

The erosion of civil liberties — the abuse of human rights and the defiance of international laws when instituted by our own Government — must be addressed head on, at the time the actions or inactions are taken. Knowing full well that abusive power is a threat to absolutely everyone — when they grow comfortable enough in silencing the voices of the defenders, the next target for oppressive power is always the people in general.