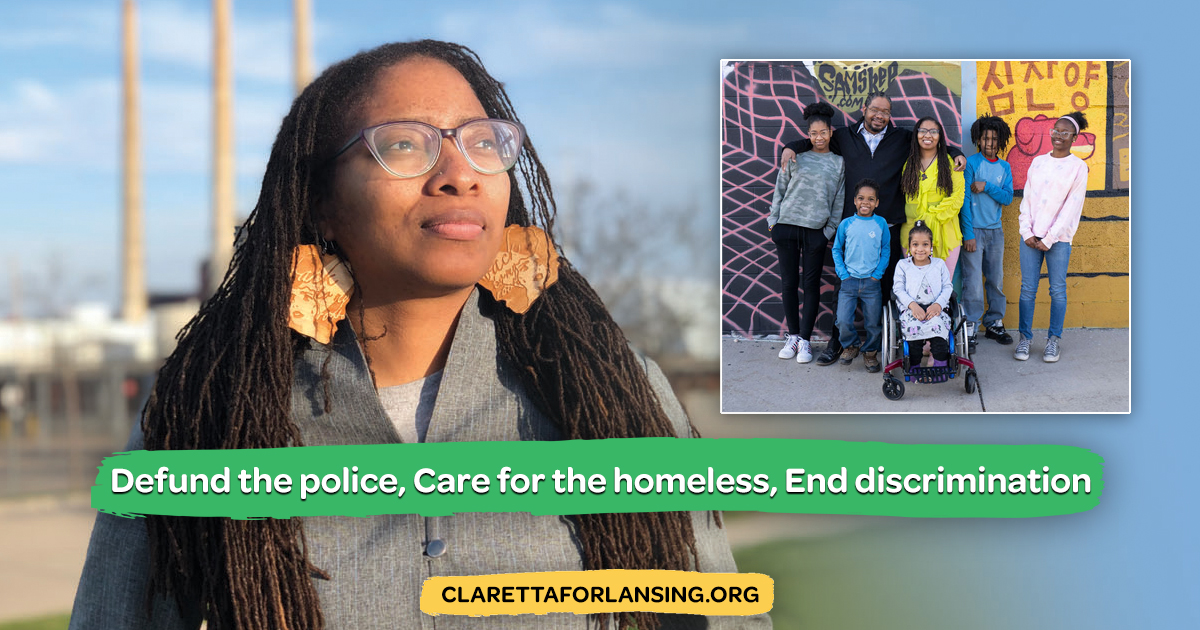 Editors Note: Duncan-Freeman advanced from the August 3 primary to the general election

LANSING, MI — Defunding the police, caring for the homeless, and ending discrimination are all things at-large Lansing City Council candidate Claretta Duncan-Freeman says she wants to tackle if she wins a council seat this fall.

Duckett-Freeman is running for one of two open at-large seats in a crowded field of candidates.

She is an import from Illinois who came to Lansing to attend Michigan State University. Duckett-Freeman also served in the U.S. Army to help pay for her tuition.

The veteran, wife, and mom says the city grew on her.

"I said, 'I'm going to stay a few years' but I ended up having kids and buying a house. And then I kind of got caught up in the culture and realized this is more like me than Chicago and so this became my home," Duckett-Freeman said.

Duckett- Freeman and her husband of 19 years have five children who all attend Lansing public schools.

She says after finishing her two degrees at MSU and having her fifth child she discovered activism while looking to connect with other families caring for a child with special needs.

"I basically said, 'Well if I'm staying home let me act like the community is my job' and, since I can bring my kids everywhere this way, then that's what I'm going to do," Duckett-Freeman said.

The activist and mom became engaged with lots of area nonprofits and says she started to see some failings in how things are done in the city. Those gaps are what inspired her to pitch her hat into the ring to run for council.

Duckett-Freeman says there are three things she'd like to work on if she wins a seat.

"Defund the police and use the funding for other things like parks and rec. Then it would be protections for our homeless and then addressing the discrimination," said Duckett-Freeman.

She says she plans to work closely with like-minded council members to push her policies through and would also like to bring in community groups to serve on some advisory boards.

This is the first time Duckett-Freeman has even run for office, but one of her degrees is in political science.

She says she has always been intrigued by how other countries' governments are run and thinks some of those policies and procedures would work well here.