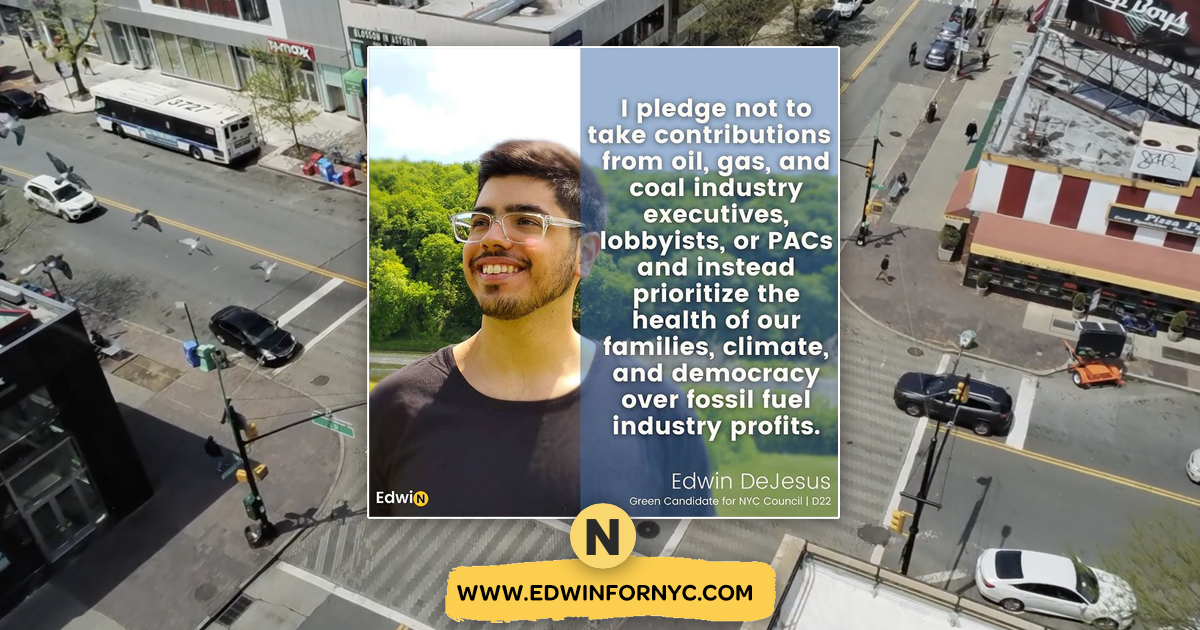 Edwin DeJesus is an endorsed Green Party candidate for New York City Council and a very firm supporter of populist ideas such as Medicare for All, a Green New Deal and Universal Basic Income. He is running as a Green candidate to revive its platform after Gov. Cuomo passed legislation last year to destroy 3rd Party ballot access in NY. Ultimately, his campaign's mission is to build a path forward for Ranked-Choice Voting in ALL elections - not just the Democrat or Republican primaries.

Let's be clear. We must defeat the Establishment and demand tax fairness of a few dozen billionaires. We must stand in solidarity against a tyrannical government. We must enact a progressive agenda to extinguish Mainstream Media Misknowledge, Hatred/anger and Greed. We must refund basic human rights and value Compassion and Equality.​ 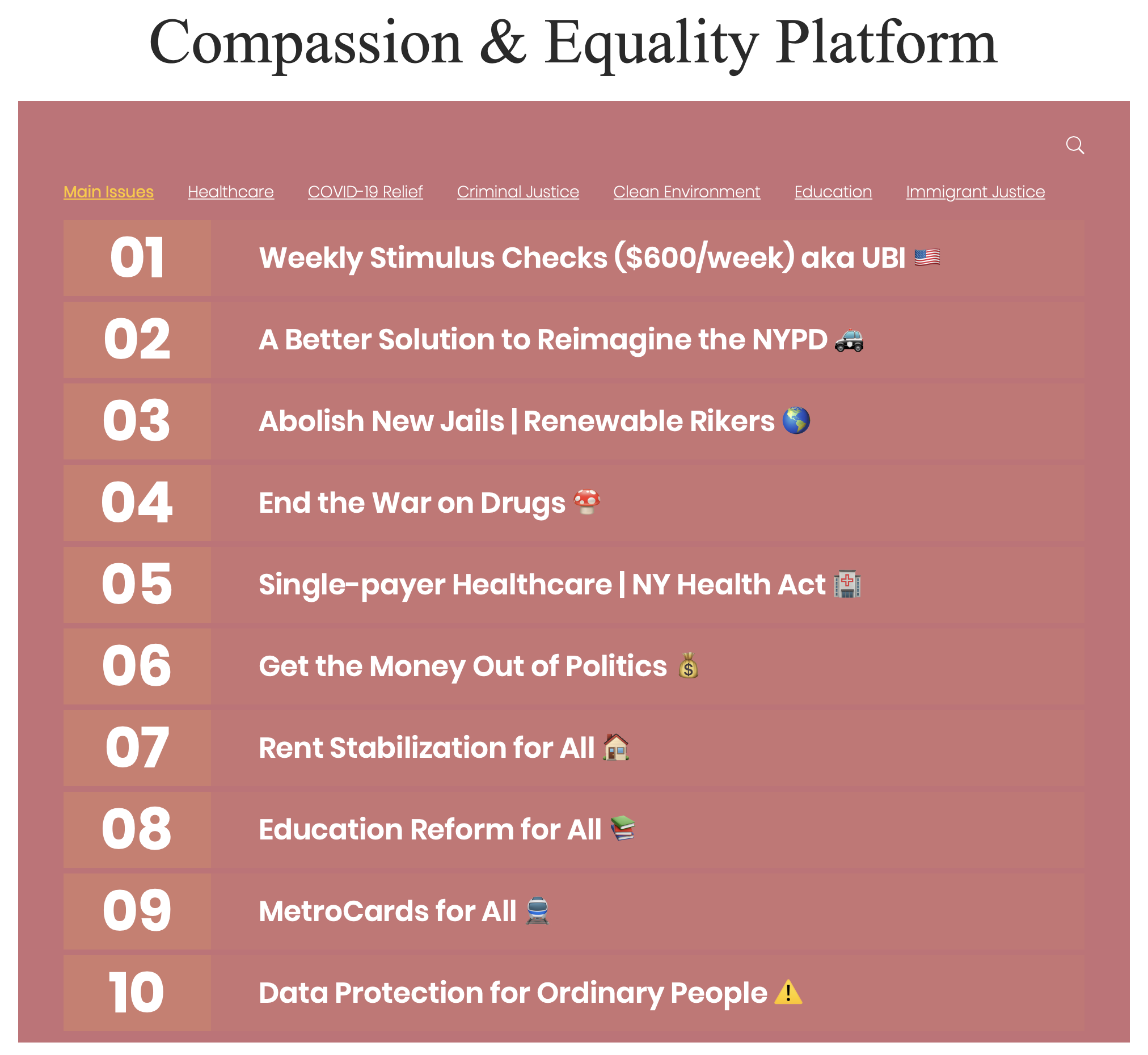