End the Economic Blockade of Cuba 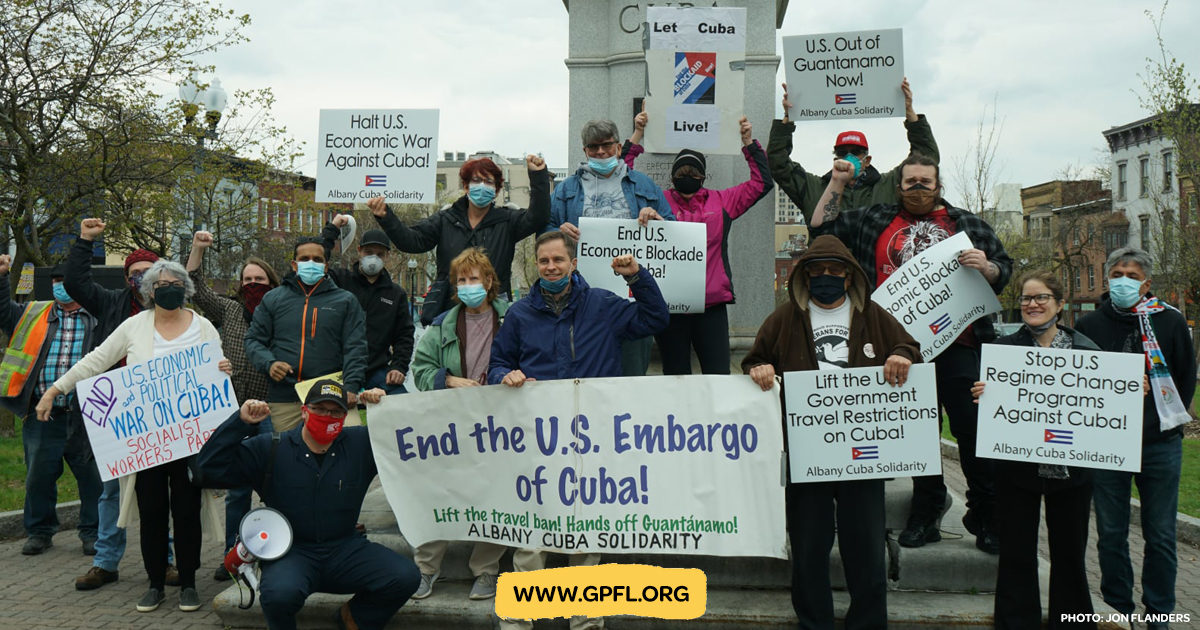 The GPFL has been collaborating in organizing throughout Florida for an end to the economic blockade of the Cuban people. GPFL affiliates have sponsored events for Cuban American Iraqi War veteran, Carlos Lazo, from the Bridges of Love, “Puentes de Amor,” caravans who are currently walking from Miami to The White House to deliver petitions for the normalization of U.S. Cuba relations, an end to the failed sixty-year embargo, an opening of the borders for syringes and medical supplies for COVID vaccinations, and for the removal of Cuba from the U.S. state-sponsored terrorist list.

Florida Greens are collecting public statements of support, asking supporters to sign the petition at puentesdeamor.com, and to support the Syringes4Cuba effort to help fight the COVID pandemic. People of good will are called to join the last mile of the walkathon and rally on July 25th from 2-4 pm in Lafayette Square in DC. A virtual solidarity rally will be hosted by GPFL, more details to come.

Robin Harris, Co-Chair of The Green Party of Florida denounced the over half-century imperialist economic war in her statement in July 2021, “Why Blacks Unite with Cuba against the U.S. Policies.” She writes, “Black Americans that understand the poison of capitalism brought on by colonialism and imperialism stand with Cuba. We stand against these policies which cause devastation and perpetual suffering. This is a multifaceted blockade that impacts Cuba’s economic travel industry heavily. More importantly, this harms the people. Cubans are denied access to technology, medicine, affordable food, and other goods that could be available to them if the United States lifted the embargo. This inhumane policy by the U.S. during a global pandemic shows the hypocrisy and cruelty of this government. However, it must be noted that despite Cuba’s hardship during COVID-19 issues, their universal healthcare system and teams of medical workers proved to be stellar! The blockade, therefore, attempts to retaliate against Cuba’s revolutionary stance against neocolonialist regimes in its country since the 1950s. Under the Trump administration, Cuba was forced to endure hardship, and in spite of Biden’s promise to lift this embargo he has failed to do so. Five months into his administration, Biden’s campaign promise to “go back” to the Obama policy of engagement with Cuba remains unfulfilled.”

In a United Nations vote on June 23, 2021, 184 countries of the world once again made clear the immediacy of the need to end the harmful economic blockade of Cuba. The time is long overdue to end this internationally illegal economic warfare that is still being waged against the people of this island nation which neighbors our state and is home to Cuban American families and friends cut off from their loved ones. The Green Party of Florida calls for President Biden to deliver on his statements to normalize relations with Cuba. We call for the immediate end to the Cuban embargo on behalf of the long-suffering families in Cuba and here in America. 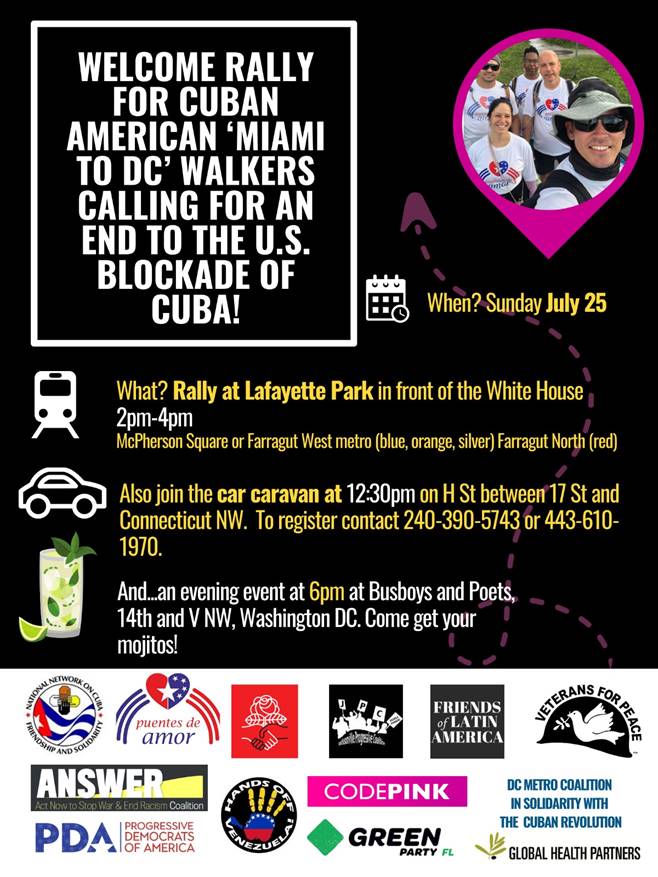