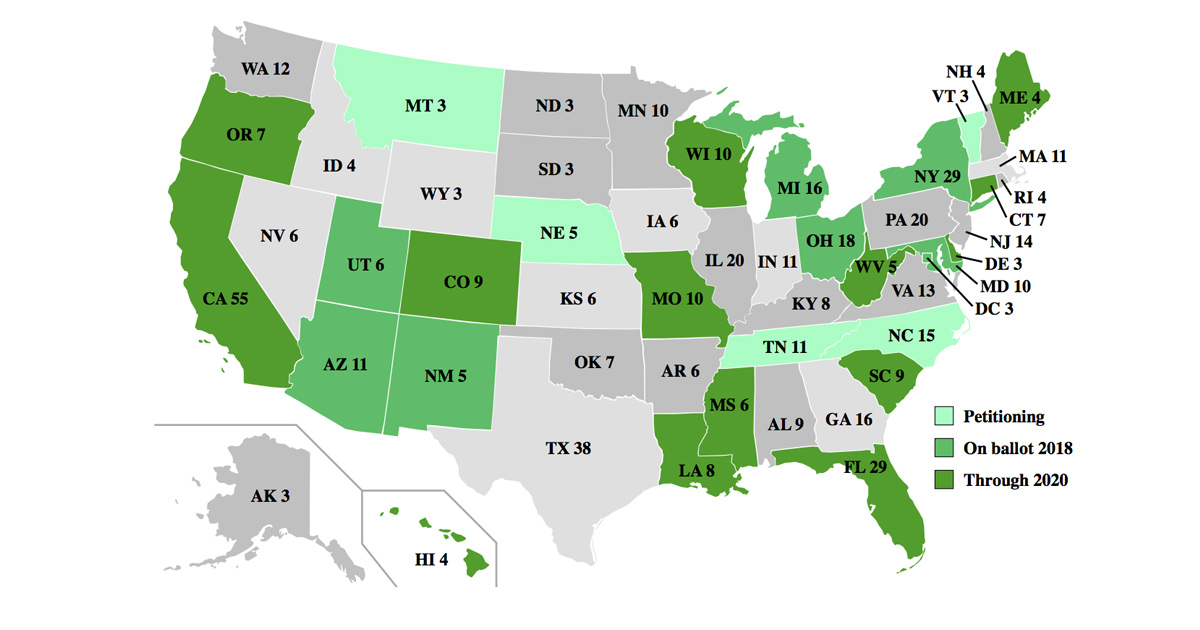 Last year the Green Party gained national visibility and reached a peak of 5% support in mid-summer polls. As the election drew closer, support gradually fell to 1.1% on election day. While a number of factors were at play, the lack of ballot lines in several large states was among them.

The 1.5 million votes received by Jill Stein in 2016 is three times her vote total in 2012. It is nine times the votes received by former congresswoman Cynthia McKinney in 2008, and twelve times the vote for David Cobb in 2004. While the Green Party presidential vote in 2016 is only 51% of our vote for Ralph Nader in 2000, it is double the vote for Nader's best run as an independent.

Beyond our presidential candidate on 45 state ballots, in 2016 and 2017 we had 25 other statewide candidates, 56 US house candidates, and 400 additional state and local candidates. Eighty of these won elected office.

We are entering a key election year, yet we have remarkably low financial reserves and are facing cuts to our party's proposed budget across the board. There are a number of states which we could gain a ballot line in 2018, and maintain it through 2020 with a modest vote threshold. Please click here to donate $27 to our 2018 ballot access efforts.

After a stunning loss in 2016, the Democratic Party establishment elected the same old guard to congressional and party leadership. Meanwhile the Republican Party is struggling to deal with divisions and corruption. Puerto Rico is suffering the devastating aftermath of Hurricane Maria while the US delays and obstructs aid delivery, in a déjà vu of Clinton's mismanagement of aid to Haiti after the 2010 earthquake. This month Congress passed a $700 billion defense appropriation bill with bipartisan support. This week the Keystone pipeline leaked 600,000 gallons of oil, almost on cue to remind us that the current fossil fuel economy must not continue. Sexual harassment scandals have awakened the public to the need for open dialogue on feminism and power relations in the workplace and in Congress.

The climate is right for Green Party values of social justice, nonviolence, ecology and democracy. By chipping in $27, you will help support these core missions of the Green Party in 2018 and beyond.

We need your contribution to put these values on ballots across the country. Please step up your support so that we can step up the Green Party's involvement where it will count the most. Give generously to help us make a Green future possible. Help us make next year a steady climb to overgrow the government.

P.S. Efforts are also underway in Vermont to form a state party and get on the ballot there, and we are anticipating successfully getting on the ballot in North Carolina in early 2018. Help put these efforts over the top by chipping in $27 today.