But as I have read more about XR and attended a recent organizing meeting  in Troy (a significant percentage of those arrested yesterday were from the Troy meeting), I have heard more about the concept of grief as a guiding principle. And that XR will not be spending time trying to lobby legislators owned by the 1% to take action but rather to reach out to the average citizen to understand what we are losing and to demand that our society act to try to avoid extinction. To rebel against our present response to climate change.

To be honest, I didn’t really begin to internalize the role of grief and climate until I attended a talk this week at the Sanctuary for Independent Media by climate journalist Dahr Jamail (The End of Ice, see his talk on Democracy Now.) (Dahr will speak at the Brooklyn Historical Society on Earth Day April 22)

I admit to being on an increasing roller coast of emotions. As Dahr laid out, science shows that we are locked into catastrophic climate change. That our present carbon level in the atmosphere of 412 ppm translates into a 7 degree C temperature rise. The IPCC is so conservative that one of the authors of its recent report said to get an accurate assessment, take our worst case scenarios and double it. The fact that we are already in the midst of the sixth great extinction of species, that insects are rapidly disappearing, that scientists are beginning to provide estimates of the chances that human species extinction will occur, that carbon emissions continue to rise even as renewables expand, that the efforts so far by elected officials in the US to move off of fossil fuels and to renewable energy are pathetic.

Then comes hope after the sudden explosion of support for the Green New Deal and its 2030 goal for 100% clean energy after I first started working on this eight years ago. The student strikes. Followed by despair when people still insist that the CCPA and its goal of 100% clean energy by 2050 is the strongest climate legislation ever and refuse to change it even as Cuomo accelerates his timelines. Despair even from the victory celebration of the energy retrofit mandate in NYC for large buildings which only seeks to reduce emissions by 80% by 2050 (and I say this as someone who participated in numerous street corner protests for this campaign, participated in several steering committee meetings and testified at city council hearings.) It is inadequate IMO to the task we are confronted with.

Dahr ended his talked by focusing on grief. (see a Truthout excerpt here.) Grief is a complicated thing and I am still trying to work my way through it.  He made the point that even if life as we know it is doomed, the important thing is how do we respond. Do we give up in despair or do we honor what we are losing by standing up and acting in a way that reflects on our own values, that we seek to create a world which reflects those values, and is fair and giving to all, including our fellow species? 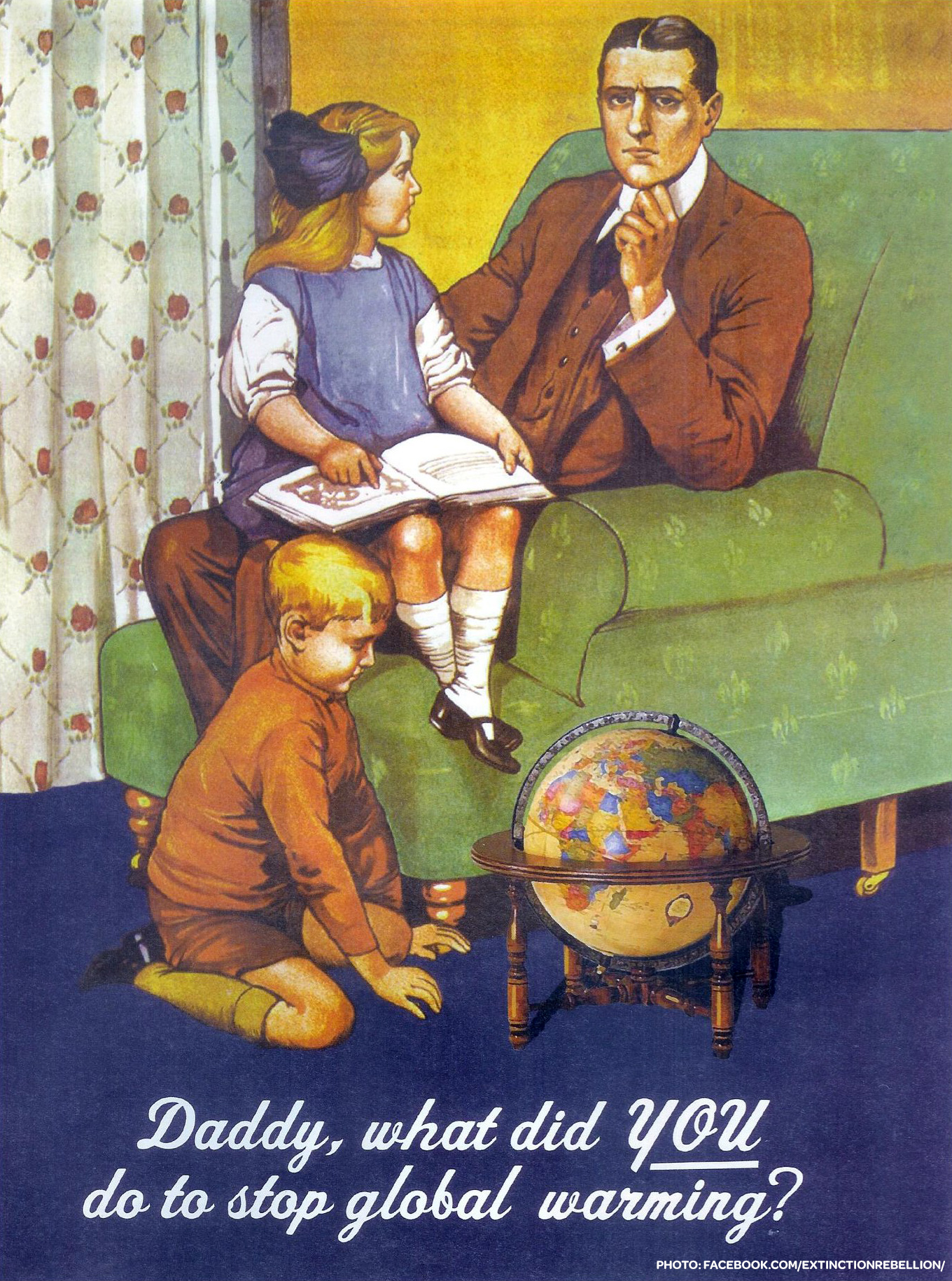 It reminds me of my high school religion class at Chaminade on existentialism and Jean Paul Sartre. Life is ultimately absurd but we can give meaning to our lives by helping others.

The five stages of grief, denial, anger, bargaining, depression and acceptance are a part of the framework that makes up our learning to live with what we have lost.

Dahr told a story from one of his Native American friends about our obligation as humans to work to keep balance on our planet. To find that place where we as individuals connect to the sacredness of the planet (for me to Gaia). That we need to make time at this moment to visit that place to strengthen our connection, to balance ourselves so we can help balance the world (for Dahr, the mountains, Denali in Alaska, the glaciers that are disappearing, hence The Loss of Ice).

A couple of quotes:

“given that Earth may well be dying, we may be ready to stand up to protect what we love. An extraordinary alchemy can take place when people follow their inner directives to stand up and face squarely the dire odds of biosphere survival. These actions involve extraordinary outer and inner courage, which can nurture a profound activism. “

“No one knows if the biosphere will completely collapse. Our future is uncertain. Given the fact that a rapid increase of carbon dioxide in the atmosphere coincided with previous mass extinctions and that we could well be facing our own extinction, we should be asking ourselves, “How shall I use this precious time?” Thich Nhat Hanh reminds us of the value just in being present with what is happening to the planet: “When your beloved is suffering, you need to recognize her suffering, anxiety, and worries, and just by doing that, you already offer some relief.”