Fighting Back and Electing Greens for Five Dollars! 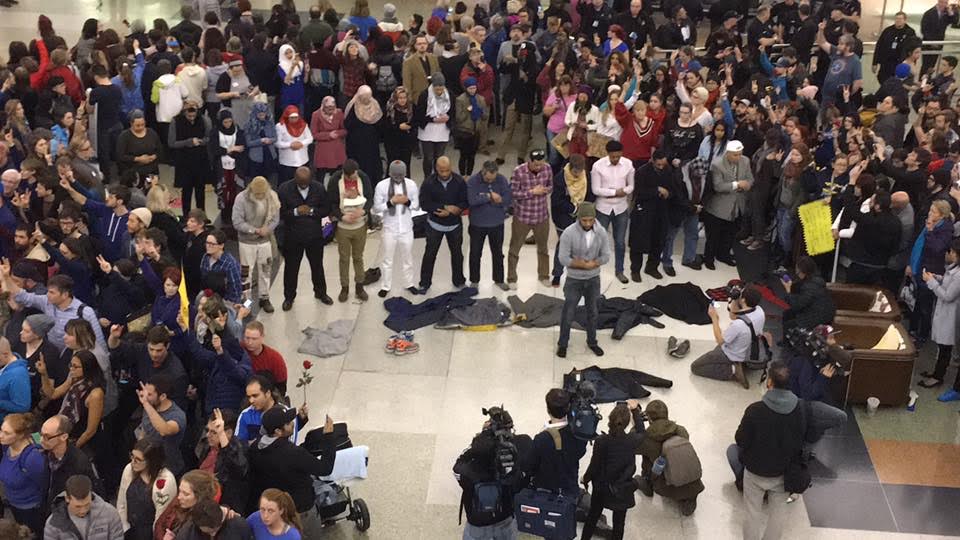 We know that it's been a tough 15 days since Donald Trump was sworn into office.

But for many families and communities across the country and around the world, life was not very good under Obama, or Bush before him or Clinton before him. Do you see a pattern here?

While it is understandable that people are upset by the policies put forth by the Trump administration, and they should be, the real target needs to be both plutocratic parties that have brought us to this point. 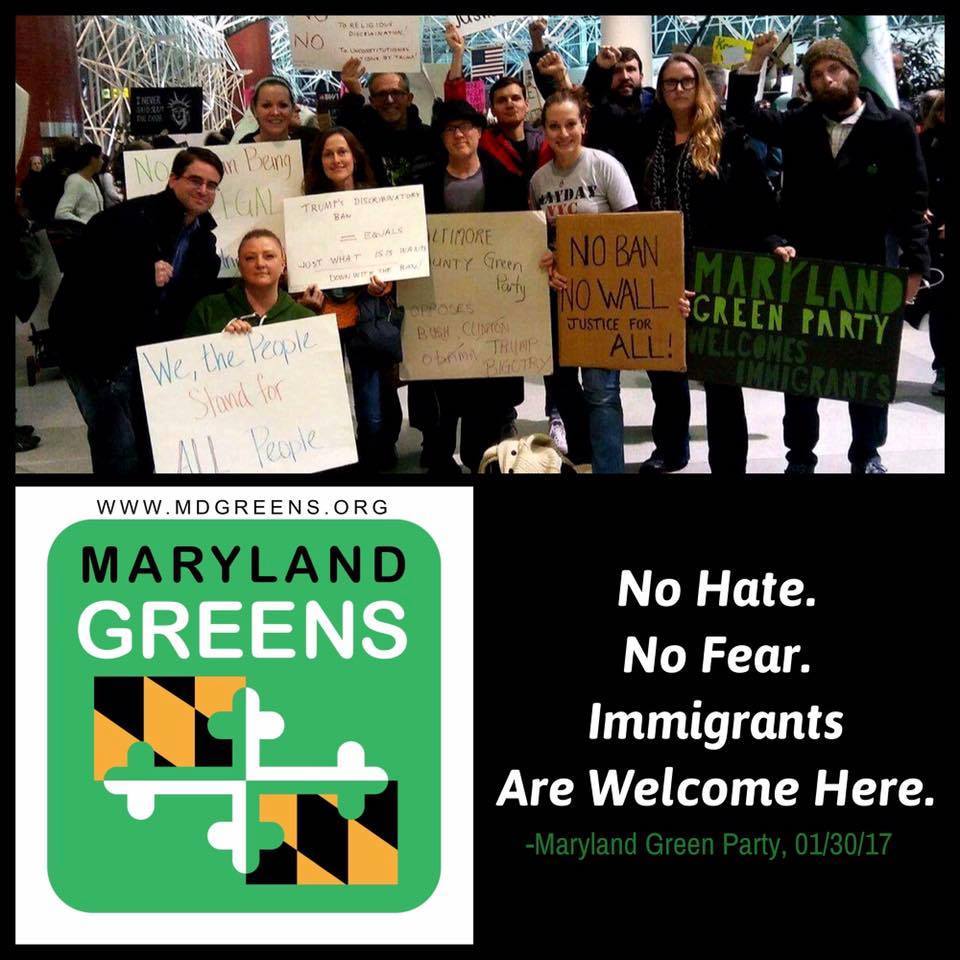 We are Green because we recognize that the neo-nationalism of Trump was made possible by the neo-liberalism of the Democrats.

It is the growing wealth inequality, wars without end, families unable to access health care and the accelerating climate crisis that created widespread insecurity. It is the attacks on immigrant and Muslim communities that fueled hatred and fear in this insecure environment.

Greens are activists. This past week, the Green Party members from Minnesota, Denver, Portland, Baltimore and more participated in airport protests.

International Greens have taken to the streets, too. The Green Party of Ireland demonstrated against the Muslim Ban in front of the U.S. Embassy. The Green Party of Germany is calling for a ban on Donald Trump traveling to Germany as a guest of Angela Merkel in July.

But we know that protests, while necessary, are not sufficient to achieve the transformative change we need.

President Obama chose the same seven predominantly Muslim countries and restricted their visas. The Obama administration dropped more than 26,000 bombs on these countries in one year and then rejected people fleeing this violence. Trump is building on Obama's legacy.

It's time for us to stop playing ping pong politics with the two plutocratic parties.  We will not end Wall Street-ism and war by going back and forth between Democrats and Republicans.

Greens have been working to build a party of resistance that will challenge both plutocratic parties and change this paradigm. We represent the values that most people cherish, values like peace, an economy that works for all of us and protection of the planet.

Will you support the Green Party today with a small donation of $5?

We need to fight back at every level. There is no more critical time than now that we build a political party that not only represents what we need, but also has the power to take on the plutocrats.

That's why the Green Party of the United States must be laser-focused on building up our local chapters and recruiting, training, and running candidates at every level of office.

Our task is to get people elected.

That's why we're helping to publicize the candidacy of Cheri Honkala. She's running for Pennsylvania State Representative in a special election on March 21.

And there's Kenneth Mejia who is running for Congress in California's 34th Congressional District. His election is on April 4.

We need your help today, to continue to do the electoral work that is the mission of the Green Party. Will you help us?

Today is $5 Friday, the one day each month when we ask every Green supporter to chip in $5—or more, if you can.

Why $5? Because many can afford $5 and we're all about inclusivity!

Chip in $5 today and you can be sure that your dollars will go to fund campaign schools, direct financial support to candidates, direct political action, and so much more.

And, if you want to go the extra mile, become a monthly sustainer at $5 (or more) every month. $5 a month adds up to $60 a year, which (for instance) can pay for petitioners and other staff members for 3 to 4 hours. Never doubt that $60 a year isn't a substantial addition to our bottom line: a planet where people and the environment come first, not profits.

That's what we're working for. Today, please chip in $5 today (or more) or $5 a month (or more) to see our electoral work explode in the coming months and years.

P.S. The nomination of Scalia lookalike judge Neil Gorsuch makes it even more critical that we grow the Green Party into a force that can reshape Congress. It's up to us—Green, sane, pro-earth voters—to organize and elect people that will save this world, not condemn us to the loss of personal freedoms and the further rape and pillage of our earth. Please, give today to help GPUS stay at the forefront of offering the majority of people a real choice.

P.P.S. Chipping in $5 today will go a long way to helping us achieve our growth goals in 2017. Click here to give one-time or go here to make a monthly ongoing donation.