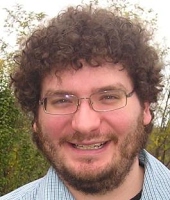 Garret Wassermann will be a candidate a for Judge of Elections in Allegheny County. Garret has an M.S. in applied mathematics and currently works in computer software security. He became concerned about the security and reliability of voting machines after reading about Pennsylvania's use of non-verifiable electronic voting machines during the 2016 Pennsylvania recount.

He is also interested in the mathematics of alternative voting methods such as ranked choice voting, which can be shown to be much more fair and representative of voters than our current use of plurality voting. Garret hopes to serve Coraopolis Borough as Judge of Elections to ensure fair elections for his district, while also using the position as a platform to advocate for election systems reform in Allegheny County and Pennsylvania as a whole.