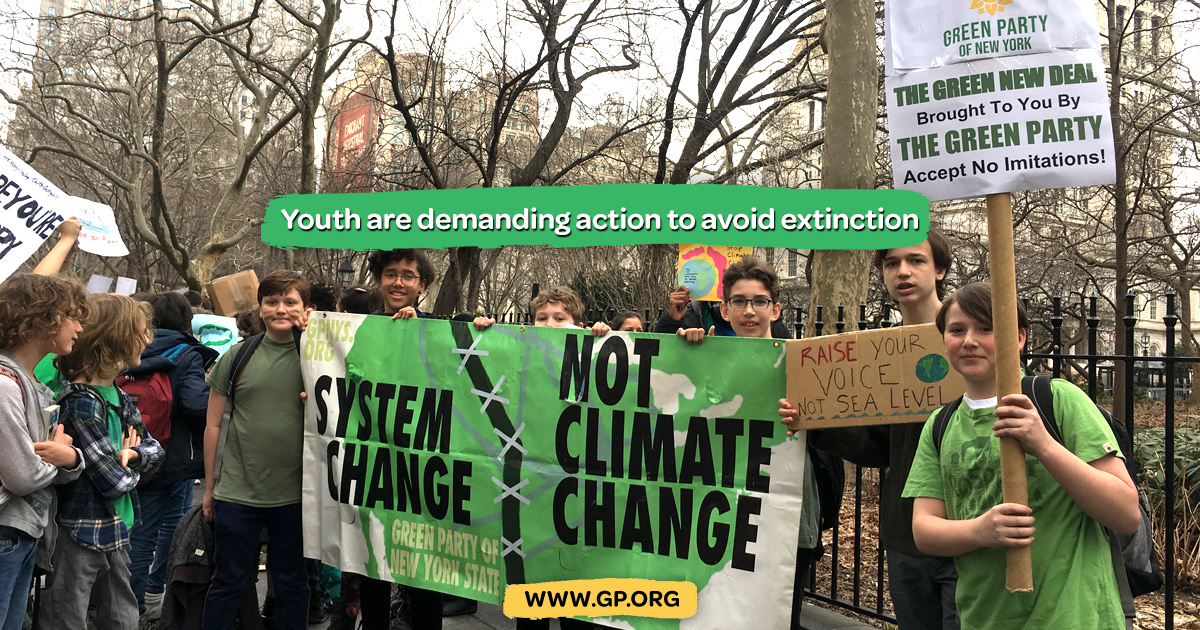 How do you respond if you believe that the likely outcome of climate change is the collapse of civilization as we know it?

This is the existential question that many climate activists and scientists increasingly face. How do you speak the truth without paralyzing people with a sense of hopelessness?

Last year the International Panel on Climate Change warned that we have 12 years left to take worldwide dramatic action. A year later, the consensus is that climate efforts still fall far short of what is needed. Indeed, global greenhouse emissions increased last year.

Many believe that we have less than 11 years left for action. The IPCC by nature is a conservative body, with its pronouncements needing agreement from countries that include the U.S., Saudi Arabia, Russia and Brazil. Every one of IPCC's previous predictions has underestimated the speed and severity of climate change.

One recent Harvard-based study estimated that the deadline may be five years. A number of prominent European climate researchers recently raised the fear that we have already passed the tipping point for runaway climate change, as feedback loops such as the melting of polar ice accelerate.

Civilization is a complex web of social and economic interactions that takes centuries to reach its peak, but once it begins to unravel, collapse can occur swiftly. Prior collapses have often been due to environmental factors. Some scientists contend that in many cases, solutions to the problems existed, but they threatened the power and wealth of the ruling elite. The elite chose the status quo.

Scientists increasingly raise the possibility of human extinction. We are in the midst of the sixth mass extinction of species, which continues to accelerate. Insects and pollinators are rapidly disappearing. Other species on which humans are dependent for survival — such as phytoplankton, which produce half or more of the world's oxygen — are rapidly dying off.

While other countries are also failing to take the necessary actions, the United States remains by far the principal climate denier, especially under the administration of denier-in-chief Donald Trump. But even under Democrats like Bill Clinton/Al Gore and Barack Obama, the U.S. has been a climate evader, dominated by campaign contributions from the fossil fuel industry. Obama pursued an all-of-the-above energy strategy, with minimal efforts to promote renewables while pushing the U.S. to become the leading fossil fuel producer on the planet, driven by the fracking of gas (even though methane is 82 times more potent than carbon in the short term as a greenhouse gas). New York's recent "best in the country" climate legislation, with its goal of an 85 percent reduction in emissions by 2050, is too slow to avoid climate chaos.

Society faces stark choices in how we respond to the climate crisis and try to preserve some prospects for a decent quality of life for future generations. The most likely response is to further accelerate wealth polarization, with the well-off seeking to survive in protected biosphere communities while the rest of us fight over dwindling access to food, water, land and oxygen.

Or, we can decide that we are in this together, agree that no one has the right to survive more than any other human (we should also protect other species), and adopt a cooperative approach based on the common good.

We must immediately slash greenhouse emissions, starting with halting new fossil fuel uses and phasing out existing ones. We need to build a renewable sustainable economy that provides for the well-being for all, including funding climate adaptation initiatives across the planet. While climate change has been driven by the wealthy industrial nations, the initial victims will be the poor and developing countries that have done little to contribute to the climate disaster.

Resistance to the radical changes needed likely will be significant, especially if people feel that they will be left behind while the privileged benefit. That is why a Green New Deal is critical, combining economic justice with climate justice. As Pope Francis has stated, we have to end the dominant role of capitalism, where the wealth of the few overshadows the needs of the many.

I still have hope amid the grief. The IPCC warning struck a chord with many. Extinction Rebellion arose in the last year to demand that we act to avoid extinction. The youth are demanding action, saying that the so-called adults failed to take action for three decades even when the science was clear, and that they want a future.

Mark Dunlea is the chair of the Green Education and Legal Fund and a former Green Party of New York candidate for state comptroller.