Is the Government Shutdown a violation of the 13th Amendment? 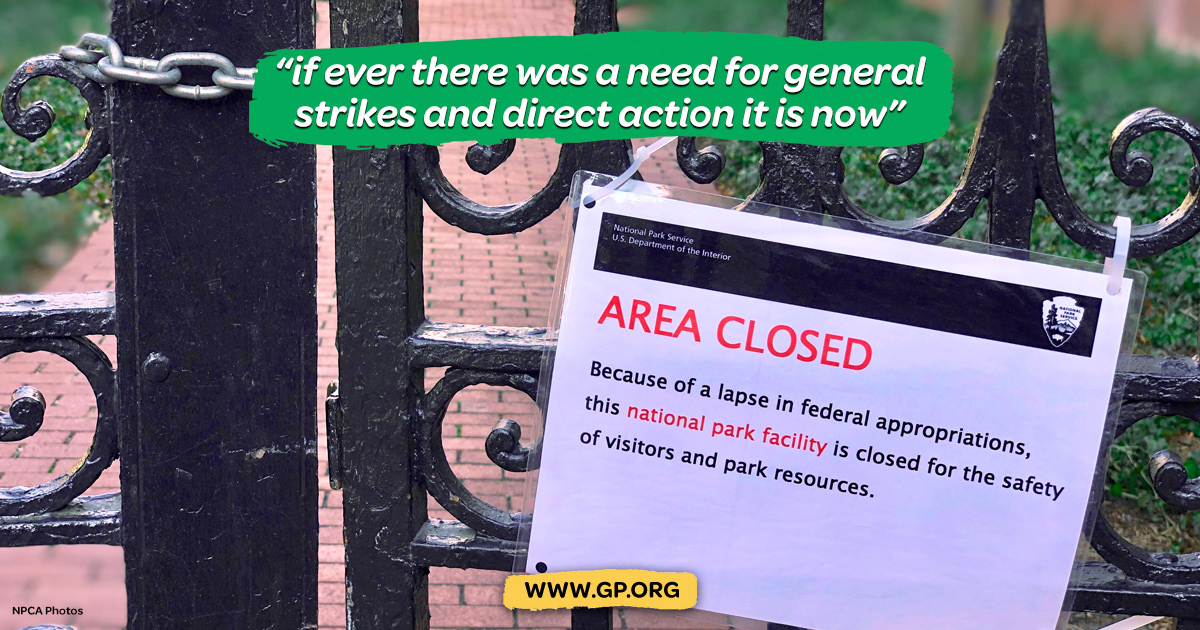 The current Government Shutdown, the longest in US history, with no end in sight, is having multiple impacts across the country. It is impacting directly, 800,000 Government workers and their families, it is impacting million of Americans dependent on the services provided by these Government workers. For instance, Native Americans, who are dependent on the services that the Bureau of Indian Affairs provides, such as food support, housing support and other vital services are going without help or assistance. Further, this shutdown is impacting SNAP food and cash benefits allocation of funds and support, impacting millions of poor Americans who will go without or have services delayed.

Additionally, funding for vital services such as security and transportation, in the Airlines, are causing massive delays in travel and opening major weaknesses in security measures. There are, in fact, many delays, worker shortages, infrastructure concerns and many other concerns being impacted by this Government shutdown.

But, perhaps one of the biggest impacts is in the effect it has on the 800,000 workers and their families. Not only are their paychecks and ability to bills, sustain life and survive impacted, but it is posing an interesting constitutional dilemma. Let me explain...

The 13th amendment states this, "Section 1. Neither slavery nor involuntary servitude, except as a punishment for crime whereof the party shall have been duly convicted, shall exist within the United States, or any place subject to their jurisdiction." If you take this at face value, it simply states that you cannot force someone to work without compensation and the consent of that said worker. Well, in the current situation, workers are being forced or told to work without compensation, involuntarily. So, with that in mind, what should be done?

Besides the obvious of ending the shutdown, it should lead to outrage, action, and support for the Government workers. But it can and should lead to action by the workers who have so much at stake. They continue to struggle to pay bills, put food on the table, and take care of themselves and their family. It could lead to move workers to consider a general strike. Which, historically can be both intimidating and scary, when one looks only at the negative results of such action. Many will think more recently, of what Reagan did in 1981 with Air Traffic controllers and say it is too risky, Trump could choose to fire and not put back to work Government workers that did strike. Although it can be argued that if 800,000 workers did strike officially, then it is highly unlikely that that many could be replaced easily. Furthermore, while workers continue to have to find ways to provide for themselves and their families, file for SNAP assistance, seek out private and maybe religious sources for financial assistance, and cut back on costs and necessities, it may lead to such actions.

And, if ever there was a need for General strikes and direct action it is now. And why not? If not now, then when. The corrupt powers at the highest level of Government, fueled by Greed and their corporate donors, must be challenged. And, if this option is chosen by the Government workers, we must stand behind and support them in every way possible. Yes, a lot is at stake, but there is a lot to gain. We can challenge and take down this corrupt system and create a society where workers are respected and treated justly.

Rev. Wright is an independant journalist and Freelance writer. He hosts a weekly radio show called the Revolutionary Road Radio show on the TanTalk network Tampa Bay and has written for numerous publications including Peoples Tribune, Oped News, Counterpunch, Squatter productions and have self published. In addition to his work as a Baptist Pastor and Director of Refuge Ministries, he also serves on the Executive Committee of the Poor People's Economic Human Rights Campaign.