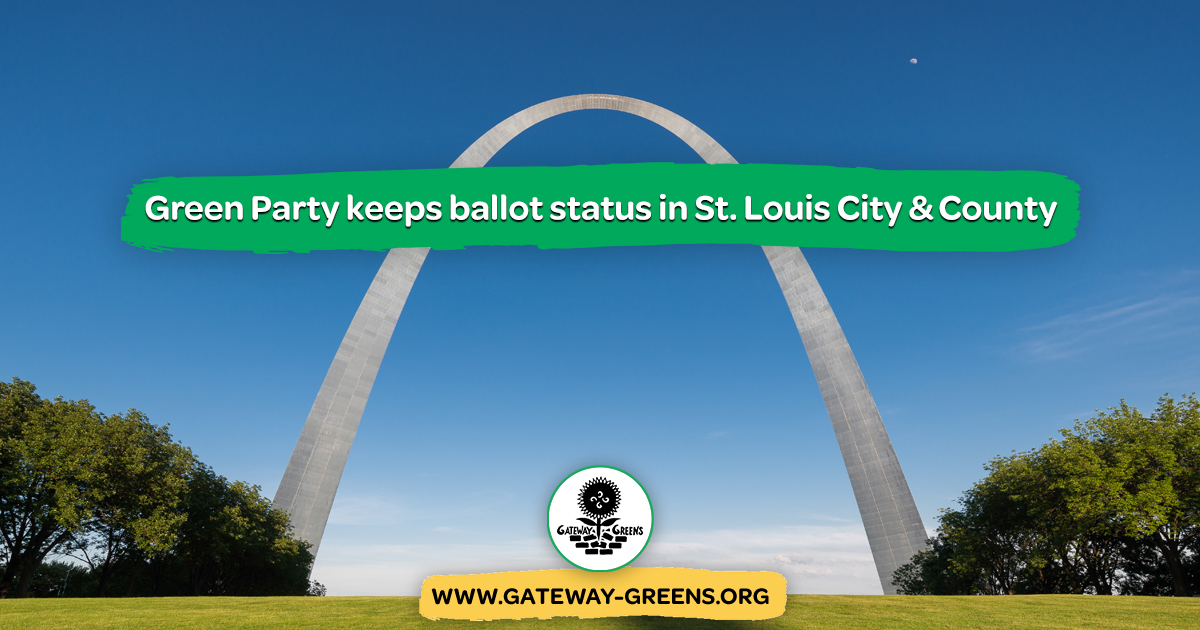 In order to maintain the right to have candidates run for office (without collecting signatures) a political party in Missouri must receive at least 2% of the vote in at least one race.

This was achieve by Jerome Bauer in the City of St. Louis and Randy Holmes in St. Louis County.

It is noteworthy that Amendment 3 to decriminalize marijuana passed while the Democratic Party candidate for US Senate lost.

Once again, Missouri voters have approved a progressive constitutional amendment while rejecting the Democratic Party.

This suggests that a plan to win abortion rights in Missouri should focus on a constitutional amendment rather that trying to elect unreliable Democrats.

PLEASE LET US KNOW IF YOU WOULD BE WILLING TO HELP COLLECT SIGNATURES TO PROTECT ABORTION RIGHTS FOR THE 2024 ELECTION.

Please take a look at the Green Social Thought website: http://www.greensocialthought.org/ Its focus is: “Produce less. Distribute it fairly. Create a greener world for all".