The Green Party of the U.S calls for a “Green New Deal.” 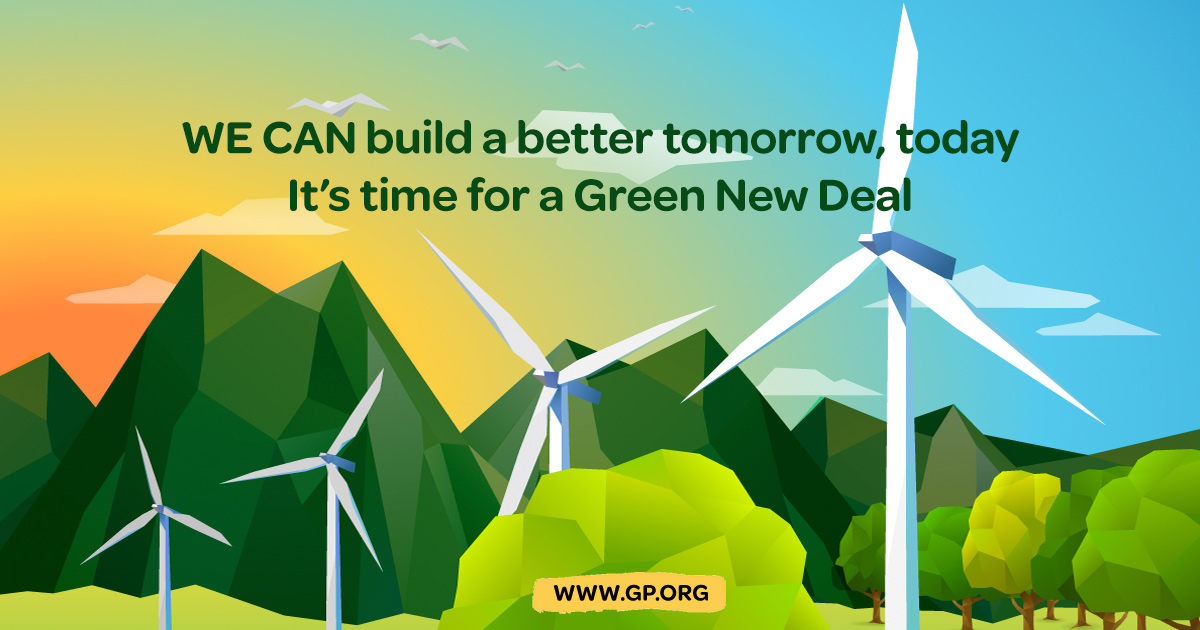 After the plan failed to reach the Senate, the Green Party called for a “Green New Deal.” In a message released on the party’s website on the 16th of May, the EcoAction Committee of the Green Party of the United States declared that “We need bold action now on climate change. Enact the Green Party’s original eco-socialist Green New Deal with an immediate halt to new fossil fuels: a rapid ten-year transition to real zero emissions and 100% clean renewable energy; and several trillion dollars annually for an Economic Bill of Rights. Funds need to be targeted for a just transition and environmental justice.”

According to the party, the plan “seeks to solve the climate crisis by combining quick action to reduce greenhouse gas emissions and 100% renewable energy by 2030 along with an economic bill of rights”. The Greens want the president to declare a climate emergency to be able to use executive orders to bypass the deadlock in Congress and the Senate.

The concept of a Green New Deal type plan started to gain traction in Europe during the 2000s and was formalized as a comprehensive plan by the Green Party in the United States in 2010. It seeks to mobilize the nation to quickly reduce greenhouse gas emissions while ensuring that the transition minimizes the impact on workers and communities by creating new jobs and guaranteeing compensation to those affected. The plan proposes that the government shifts fossil fuel industry funds toward green businesses and green research. It also seeks to democratize the proposed green transition by giving communities direct ownership of energy companies and making energy a guaranteed human right.

The United States continues to grapple with environmental degradation, and the wildfire season is expected to be harsher these coming months as a result of climate change. The Biden administration will be confronted with more ecological disasters and pressing climate emergencies, making a comprehensive green plan more critical and urgent.