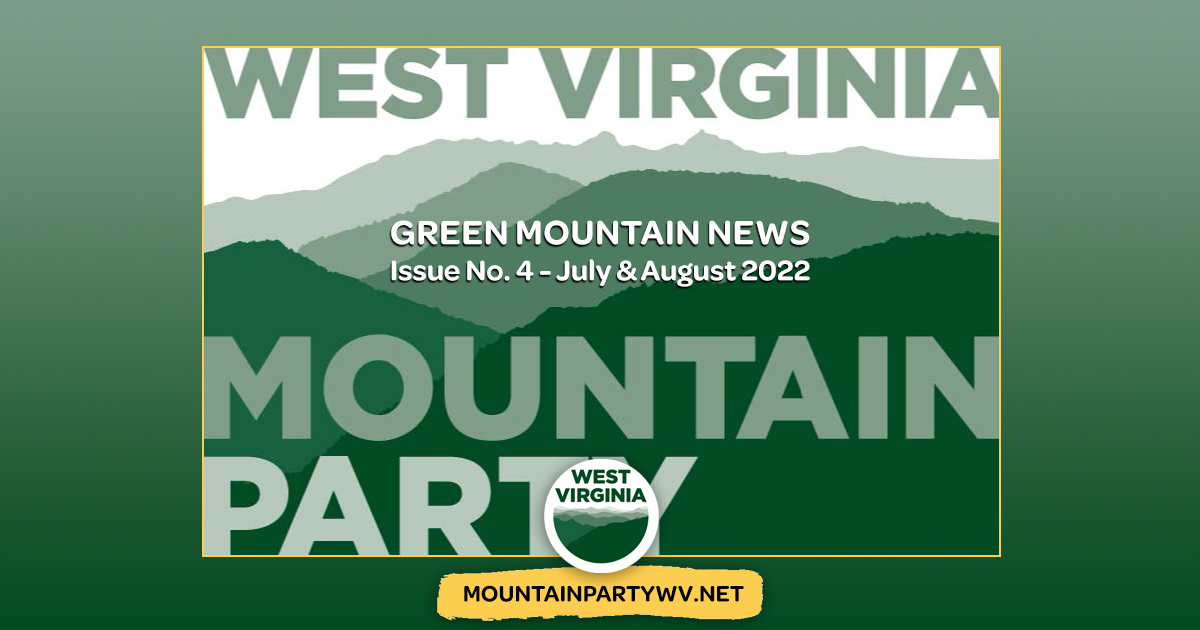 2022 Inflation Reduction Act Capitalizes On A World In Crisis

We need bold action targeted at a just transition, environmental justice, and an immediate halt to fossil fuel projects to address the climate emergency by 2030.

Senators Manchin and Schumer agreed to reduce carbon emissions 40% by 2030 with $369.75 billion for Energy Security and Climate Change programs over the next ten years and extend Affordable Care Act subsidies for 3 years but this is far lower than the $4.2 trillion per year needed to cut carbon emissions by 2030.

This "climate deal" provides a relatively small renewable investment and subsidizes gas, nukes, fossil fuel-sourced hydrogen, and carbon capture while requiring the Interior Department to offer at least 2 million acres of public lands and 60 million acres of offshore waters in the Gulf of Mexico and Alaska for oil and gas leasing each year. The bill also doesn't actually address phasing out fossil fuels, and negotiations hint that President Biden has promised to loosen pipeline restrictions in exchange for Manchin's vote.

"This is considered a tradeoff to gain an extension for the Affordable Care Act.  We should not have to choose between watered-down environmental policy and inadequate health care," said Green Party Co-Chair Margaret Elisabeth.

The Biden Administration has announced the final extension of student loan payment forbearance through the end of the year. Individuals making less than $125,000 are eligible for $10,000 in federal loan forgiveness. Pell Grant recipients are eligible for an additional $10,000 for loans serviced via the Department of Education, for a maximum of $20,000.

Despite delaying the issue late into his second year in office, any relief offered by the Biden Administration is certainly better than none. However, this partial forgiveness will not help future generations and still does not solve the student debt crisis.

Any plan which aims to solve the student debt crisis must:

Now is not the time for lukewarm half-measures. With the midterm elections nearing, Democrats have now alienated everyone with private student loans and anyone with an extreme amount of debt with continually accruing interest. These students have been forgotten, while the political establishment prioritizes capitalism and a system of senseless profiteering.

The West Virginia Mountain Party, an affiliate of the Green Party, calls for the immediate cancellation of all student loan debt and rebates to those who paid some or all of their student loans. The United States is one of the richest countries in the world with a bloated budget that finances war and corporate welfare. It is time we prioritize universal higher education, including trade schools, and an equitable future for all working class people.

In order to fight for policies which benefit the working class, we must elect candidates from a working class party. The Mountain Party is concentrating its efforts on electing the first Mountain Party delegate this November. Learn how you can assist us in electing a delegate who will fight for student debt relief here: https://mountainpartywv.net/contribute-for-2022-victory/

The two big-tent parties have maintained a system of persistent political gridlock, weaponizing hyperbolized fear of the opposing party. However, the Republicans use this system to their advantage by selectively dragging  their feet on specific issues, making huge gains for conservatives. One of the most notable examples was when the GOP blocked the confirmation of President Obama’s Supreme Court nominee Merrick Garland in 2016.

Only after the recent overturning of Roe v. Wade are some Democrats seriously discussing term limits for Supreme Court Justices, a position supported by 67% of Americans that includes a majority of Republicans. There’s also a serious attempt to federally legislate marriage protections with a clean bill in the wake of SCOTUS’ potential willingness to overturn several precedents. However, there is very little time for the Democrats to make up for their own inaction over the last half-century. Most notably failing to codify Roe and ultimately beingculpable in the erosion of abortion rights.

Despite Democrats controlling the White House and having a working majority in Congress, the neo-liberal, centrist tilt of the party has further exacerbated the issue of gridlock; it is nearly impossible to make progress on seemingly any issues with popular support. The elephant in the Democrats’ room may just be the problem. Serious attempts by the Democratic Party to legislate a popular agenda would expose its conservative Senators and members of Congress to intense criticism and further splinter the big blue tent. This is unfortunate, as the Democratic Party is missing an opportunity to place pressure on the Republican Party and hold them accountable. Of course holding the GOP accountable also means Democrats must hold their own members to the same (if not higher) standard. So while the majority of Americans support abortion rights, cannabis legalization, and climate action, none of these issues in a consequential manner will be addressed by Congress in the near future. Even if Democrats had the courage to simply carve-out the filibuster, the conservative faction of the centrist Democratic Party is too influential in the Senate to make any progress.

The Republican Party’s reactionary philosophy enables it to accommodate voters ranging anywhere right of center on the political spectrum. The Democratic Party, however, is unable to adequately represent progressive voters and anyone on the left when they are more concerned about making appeals to conservatives via their centrist, do-nothing agenda. So many issues, like the climate crisis, cannot afford political compromises, where compromise still results in failure. There’s no compromise on healthcare; it must be universal and end the senseless profiteering. There’s no compromise on democracy; elections must be free and fair. There’s no compromise on peace; only diplomacy, international law, and respect for human rights can achieve this.

There are several parties out there claiming to be viable alternatives to the Democrats and Republicans. However the vast majority are centrist parties with the aim of merging elements of the two major parties together and maintaining the status-quo of capitalism. Such as Andrew Yang’s new Forward Party, centrist parties do not fundamentally offer anything dramatically different for the American people other than a rebrand of liberalism in a moderate package. These parties are substitutes for the existing major parties, but they are not alternatives in the sense of offering an entirely different platform and truly progressive vision for the country.

Today the Green Party of the United States is the only national, electorally driven political party that has the capacity to be the left alternative of the right-wing GOP and largely centrist Democratic Party.

If there is no alternative political party holding both major parties accountable to enact a popular people’s agenda, then we should expect more losses for economic, environmental, racial, and social justice. The overturning of Roe is a warning of further decline for democracy in the United States.

The Mountain Party’s candidate for House of Delegates, Dylan Parsons, and supporters will be participating in the following community events:

Visit our website at www.mountainpartywv.net and go to “Email Sign Up” which is listed in the top navigation menu, where you will be redirected tohttps://mailchi.mp/8870cb0a9702/mountain.

Any questions or request for assistance may be sent via email to[email protected].

The Working People's Party.
For The Common Good.