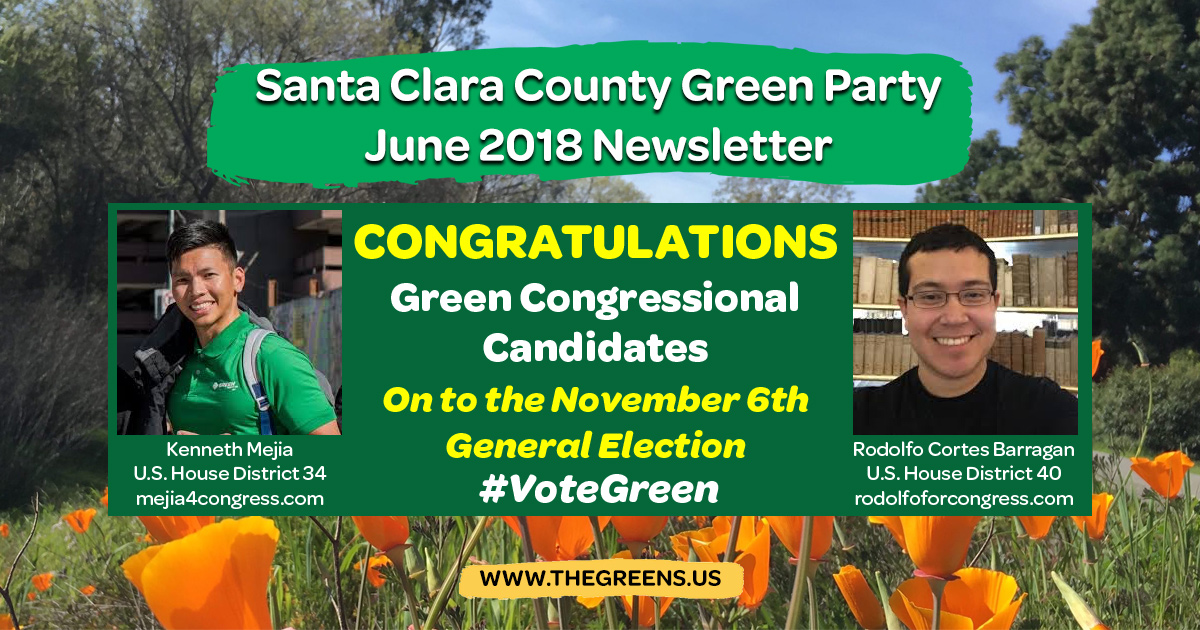 Congratulations to Kenneth Mejia and Rodolfo Cortes Barragan for earning the votes of so many in their districts and getting through the top two primary and moving on to the November 6th General Elections!

This is very exciting news for California Greens and we are proud to support these congressional candidate. THIS is the time for us all to donate and volunteer and help these Green representatives take the Green Wave all the way to Congress!

Our other Green candidates statewide did well as well, as they were all able to reach many voters and reaffirm the urgent need to take our democracy back from the corporatist parties. We thank all of the California Green candidates who ran for offie this election season.  #WeAreGreen 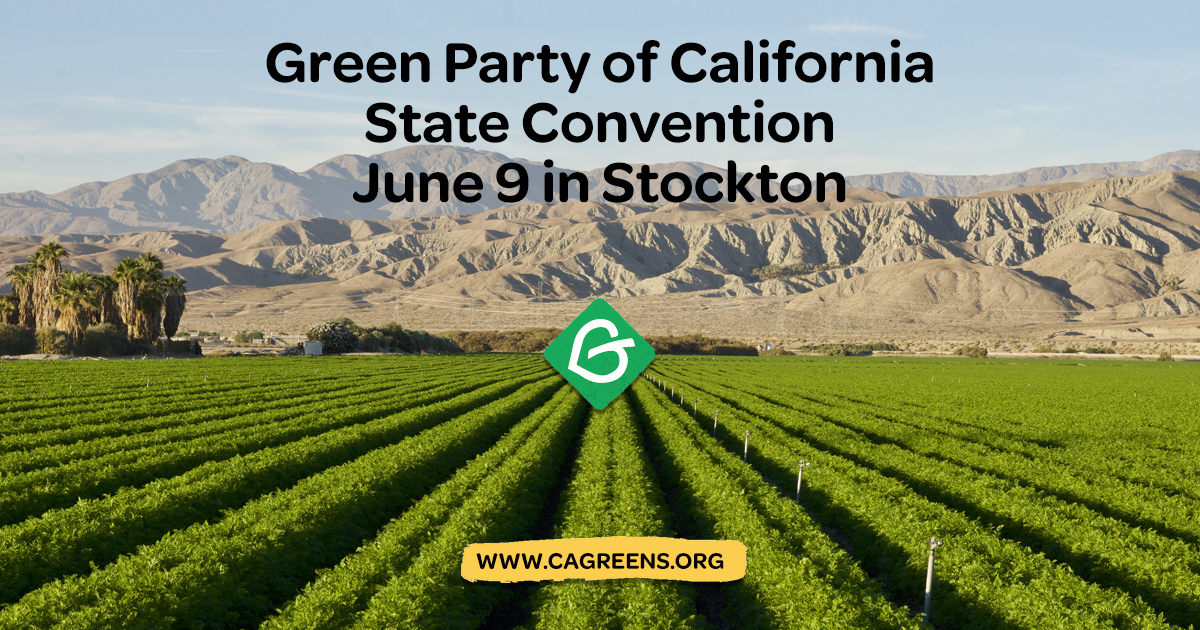 GP General Assembly in Stockton brought together Greens from across California!

The gathering was a great opportunity for our Santa Clara Greens to share our local experiences and learn about the successes and challenges of other county Green Parties.

The GPCA General Assembly also featured a presentation by the organization Tri-Valley CAREs entitled "High explosives testing facility outside of Tracy / Mountain House." The panel highlighted the testing of explosive and radioactive weapons in San Joaquin County, which Green Party representatives say directly endanger the lives and wellbeing of residents in the area. The Lawrence Livermore Laboratories has proposed to increase the daily weight limit of explosives used in its outdoor toxic blasts, at Site 300 in Tracy, by TEN FOLD. Permitting the proposal is being considered by the San Joaquin Valley Air Pollution Control District at this time. This increase further endangers the health of many people in the area by releasing proven toxins and radioactivity dust across a vast region.

Please sign the petition to SJVAPCD to reject the permit!

Join us at this Incorruptibles Strategy Workshop: Taking Over Local Government

How can we take back our government, step by step? How can we fill local city council and school board elected positions with incorruptible politicians? What are the five key areas needed to build a strong grassroots movement to take over a city or any policy board?

The Incorruptibles is a nation-wide organization working to “fill all levels of government with unwavering politicians who fight for economic, racial, social, and environmental justice”. We are honored to host national workshop leader Anna Callahan who was a Leader in passing the victorious Berkeley campaign finance ordinance!

Heidi Harmon, Mayor of San Luis Obispo says “The training The Incorruptibles provides is invaluable. As a sitting progressive mayor, I believe The Incorruptibles’ training will change the nature of politics in my city for the better. I encourage every progressive elected official to learn this effective new model.” 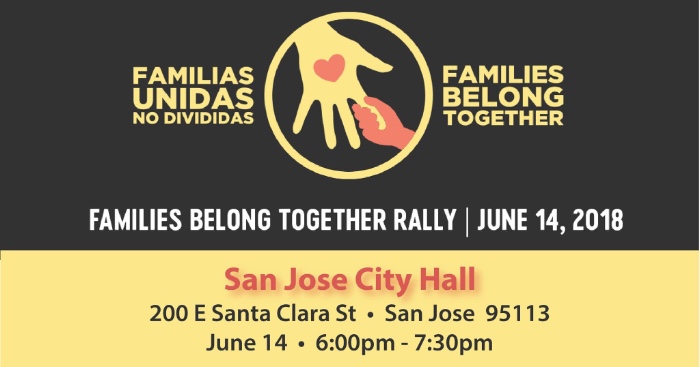 "Please join members of your community at San Jose City Hall for a rally to oppose the cruel, inhuman, and unjustified separation of children from their families along the U.S. border and other points of entry.

This rally is organized by Families Belong Together and  is being held in conjunction with over 50+ cities in the US on the same day, as a peaceful protest outside of San José City Hall from 6- 7:30pm. In addition to an open mic, guest speakers will be:
- Fr. Jon Pedigo the Director of Advocacy and Community Engagement at Catholic Charities of Santa Clara County and the Director of Projects for Peace and Justice at Diocese of San Jose.
- Assemblyman Ash Kalra- He represents the 27th Assembly District, which encompasses downtown San Jose, East San Jose, Evergreen and parts of South San Jose.

July 4 - Greens at the Rose, White and Blue Parade - 10am -2pm - 1100 Shasta Avenue, San José. Join this fun and historic 4th of July parade in the Rose Garden area of San José on it's 11th Anniversary.

Join us at the GPSCC June Monthly Meeting

At our May meeting we had a group of De Anza Students as guests for a party of our meeting who served our discussions and the consensus decision-making process. Our June monthly meeting will be held at the Santa Clara Library to join our more northern members. Join us to learn about our June and July activities and our plans for Q3 of 2018.

See our May meeting minutes here.