Green Party talking points on Trump's withdrawal of the U.S. from the Paris accord on climate change 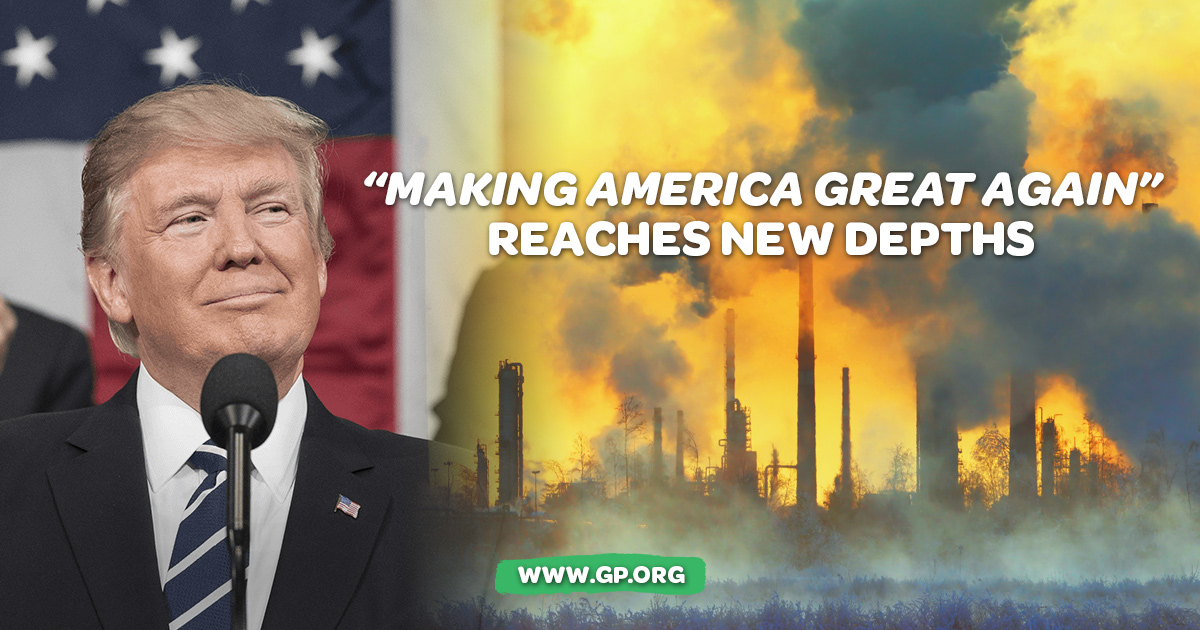 "The Trump Administration has made a clear choice -- a short-term boost for the extracted fuels industry and business as usual, over a balanced ecosystem for our planet. This is not President Trump's decision to make. The stakes are too high, the consequences too grave. We're encouraging activism across the U.S. to counteract the effects of Mr. Trump's appalling decision," said Neal Gale, Green candidate for Judge of Elections in Abington, Pennsylvania, in District 12-1.

The Green Party compiled a set of talking points on Mr. Trump's policies and the fight against climate change in the U.S.

• Mr. Trump's announcement on Thursday that he'll seek a new and better international agreement can't be taken seriously, in light of his previous anti-science statements and dismissal of the climate crisis as a "hoax."

• Green Party candidates and activists are continuing to promote the Green New Deal, a comprehensive plan to solve the accelerating climate crisis by converting to a Green economy that provides millions of new jobs, universal health care, and financial security for all Americans and makes wars for oil obsolete.

The Green Party calls for 100% clean renewable energy by 2030 to stop the emission of dangerous greenhouse gases, which is necessary to avert an gradually unfolding worldwide catastrophe that's already in progress.

"Local political and community leaders can rebel against the Trump Administration's criminal irresponsibility with projects and actions to end fossil-fuel consumption that bypass the federal government. The Green New Deal is a basis for such action," said David Kulma, Green candidate for U.S. House in a June 20 special election in South Carolina's District 5.

• Mr. Trump's reckless policies on climate change and the environment in general, which reflect the opinions of many Republican leaders, shouldn't obscure the fact that neither major party is capable of handling the global climate crisis.

Democrats acknowledge the crisis, but the 2016 Democratic platform failed to endorse carbon taxes, a halt to fracking and drilling, and other environmental and economic measures necessary to cut emissions and stop the advance of global warming. Both parties and their candidates receive support from the fossil-fuel industry.

• A pullout by the U.S. might free up other countries around the world -- especially the European Union and China -- to take far more decisive and legally binding action to solve the climate crisis. Greens hope that no other countries will exit the Paris accord along with the U.S.

The Obama Administration participated in the summits but undermined the agreed-on international measures to reduce CO2 levels and prevent the average global temperature from rising above 1.5 degrees C by making the measures nonbinding.

• Green Party leaders hope for more decisive action from Congress against climate, but are calling the "100 by '50 Act" (Senate Bill 987) introduced by Senators Jeff Merkley (D-Oreg.) and Bernie Sanders (Ind.-Vt.) "too little, too late." Greens said the bill ignores warnings from scientists about the severity of the crisis.

The legislation proposes cap-and-trade schemes with incentives for energy providers and vehicle manufacturers for a gradual shift towards renewable energy and efficiency that don't begin to take effect until 2030. It sets 2050 as the year for ending reliance on fossil fuel energy. Both goals are far too late and too incremental to end the crisis.

The Planet is Under Attack this Earth Day: How NY Can Resist Trump
By Mark Dunlea, Green Education and Legal Fund, April 20, 2017