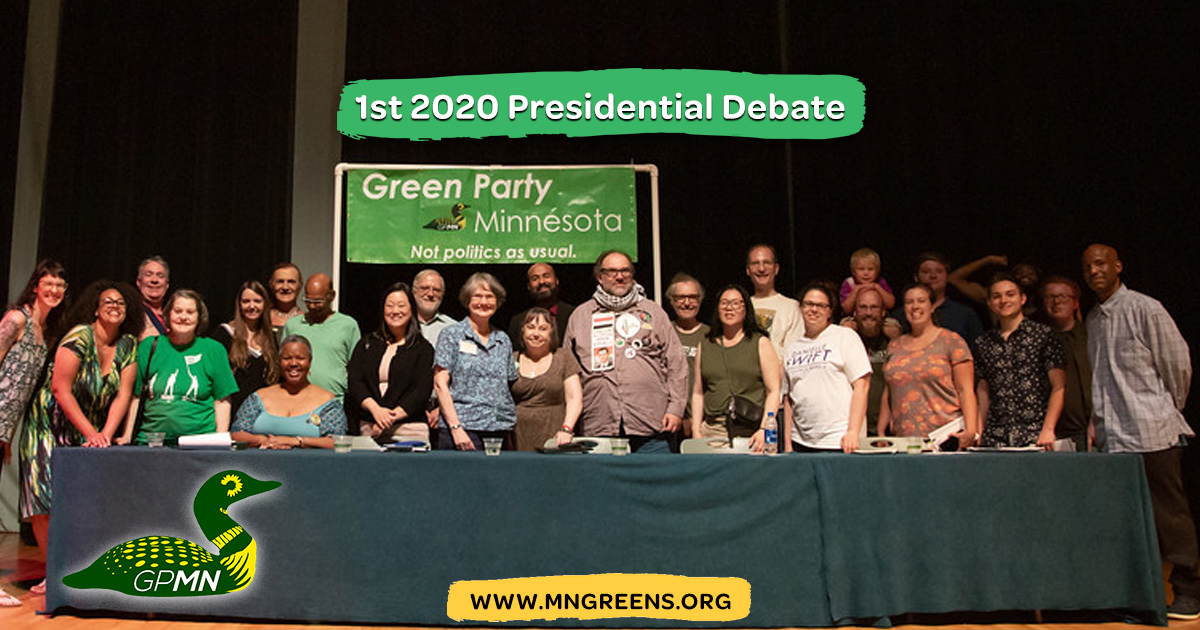 The Green Party presidential debate of the 2020 campaign was in St. Paul, Minnesota on July 19th, 2019. The event was hosted and promoted by the Green Party of Minnesota.

Below is a video of the debate that occured the other night that an audience member was able to get. We would like to thank the candidates for attending.

We would also like to apologize for the technical problems that hindered our ability to broadcast the debate ourselves. Luckily, Greens have each other's back and a huge shout out to Emma Leigh Fiala for having ours!

The participants were, left to right, Sedinam Moyowasiza-Curry, Howie Hawkins, Dario Hunter and David Rolde. Photographs from the debate can be viewed here.