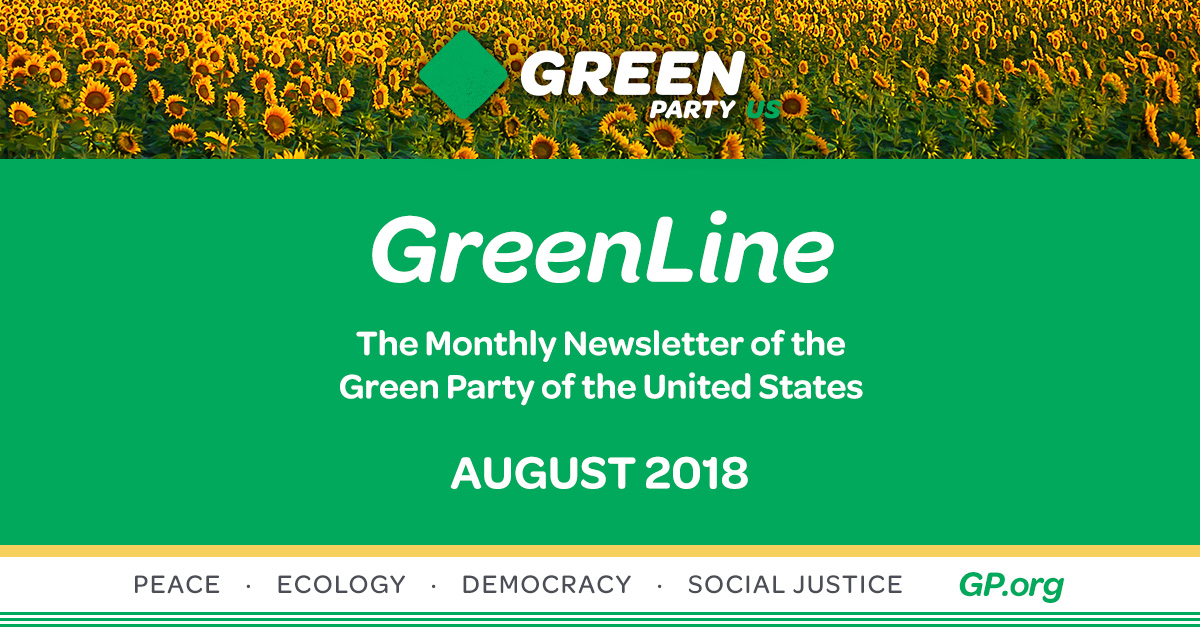 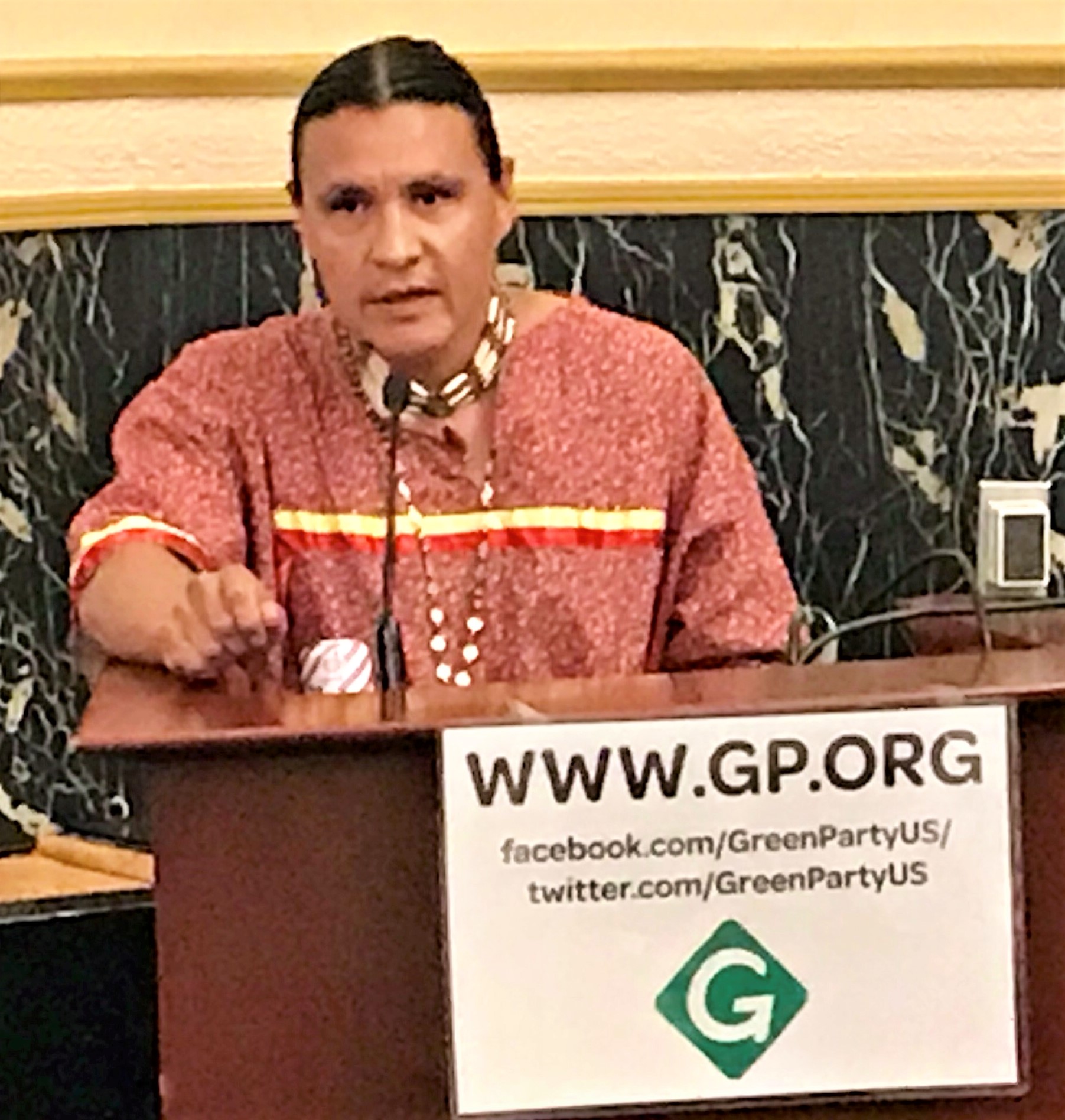 We heard from Chase Iron Eyes, a member of the Standing Rock Tribe, about how he is facing six years in federal prison for “inciting a riot” by posting a prayer ceremony from the DAPL frontlines on Facebook. Talk about a small action having a mighty impact!

We heard from Robin Harris who is fighting for Black lives as she runs for County Commissioner in Orlando, Florida. And we heard from Kenneth Mejia, whose small grassroots campaign is going toe-to-toe with the Democratic Party machine in one of the hottest congressional races in California.

We had more than 25 workshops, two plenary panels, four keynote speakers, three press conferences, interviews with the media (Al Jazeera and the New York Times) and a fundraiser/talent show -- all of this took place over four days. And it was managed by all volunteers.

Speaker after speaker talked about the need for the Green Party to do more -- engage more people, knock on more doors, call more voters, participate in more actions in our communities, hold more trainings for candidates -- and much more.

Let's make our Annual Meeting even better next year! Please pass this along to those in your state that might be interested in hosting the 2019 ANM. At this time all we need is a letter of interest to include state/local contacts, phone numbers, emails and a statement about interest in hosting. We'll have a conference call with all contacts that responded by August 31.  Basic criteria for hosting can be found here:

Here is the timeline:
August 31 - Deadline for Letter of Interest *  email to the co-chairs at [email protected]
September 3-5 - Conference call with all interested to go over finances, how to prepare a proposal, etc.
October 5- proposals due (ANM  committee members can help you prepare proposal)
October 14 (SC meeting) Present recommendation to Steering Committee
Late October-Early November - site visit
Assuming site visit is good - announce selection by Thanksgiving 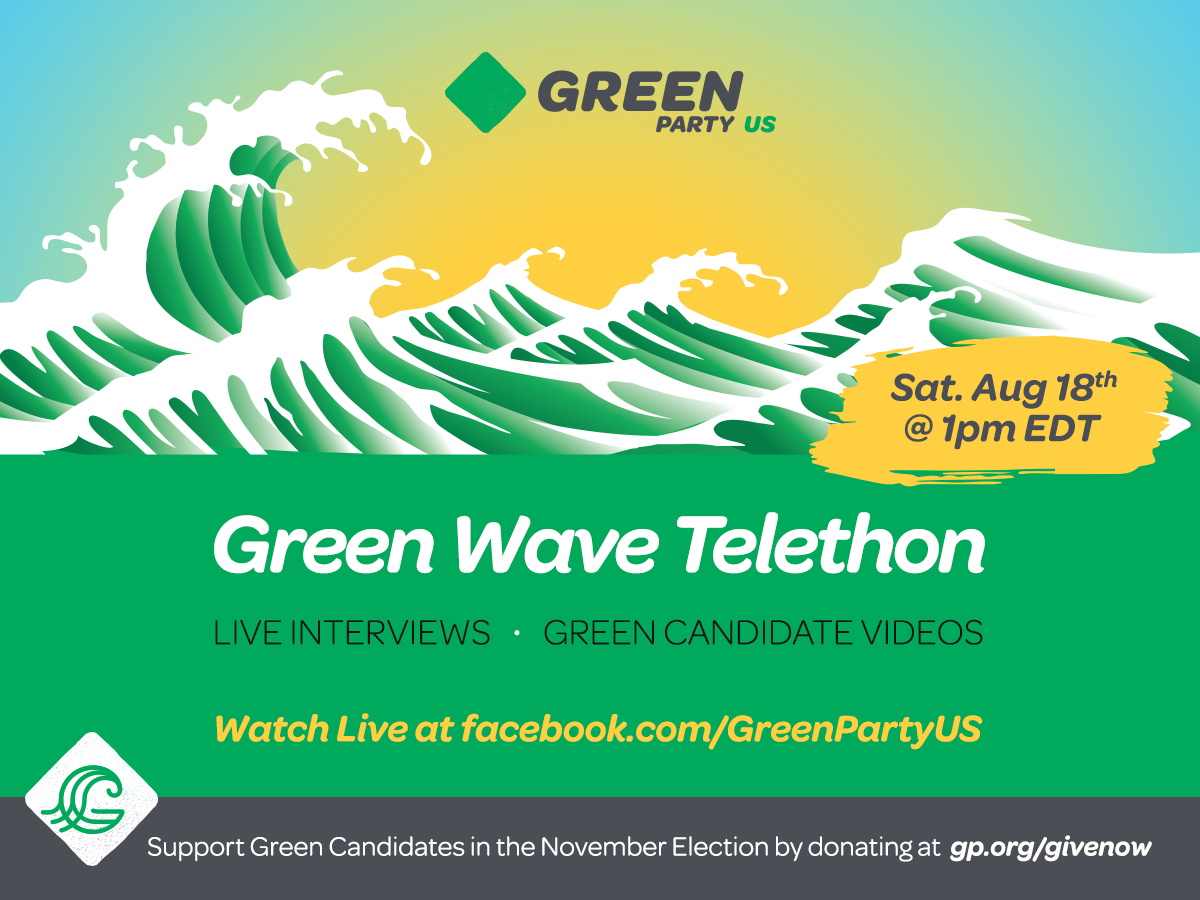 What: Green Wave Fundraising Telethon for the Coordinated Campaign Committee

“The Green Party is a people-powered movement,” said Holly Hart, Co-chairperson of the Coordinated Campaign Committee. We want voters to know the Green Party doesn’t take donations from corporations, political action committees, or special interests. Therefore, we are not beholden to big money interests and their wealthy backers,” said Hart. “Instead, we are people-powered and rely on the individual contributions of voters to fund our candidates’ campaigns. We are funded by the people and that’s who our candidates will answer to when in office.”

The telethon will feature LIVE interviews from Green Party candidates, including Howie Hawkins, Andrew Saturn, Ian Schlakman, and Sherry Wells. Dozens of Green candidates and supporters from across the country, including Constance Gadell-Newton, Elijah Manley, Kenneth Mejia, and Laura Wells, will appear by video.

“It’s important for voters to realize that the Green Party is running a diverse slate of great candidates for offices at every level, all across America,” stated Erin Fox, Co-chairperson of the Coordinated Campaign Committee and one of the telethon’s hosts.

“The Green Party is proud of the efforts that our candidates are making across the nation to introduce voters to Green Party values. We are a political movement that puts people and planet first and that’s reflected in our slate of excellent candidates running for office nationwide,” Fox continued. “We urge voters to tune in to the telethon and learn more about the most progressive political candidates in the country. Greens are prepared to bring about changes that the average voter has been seeking and our candidates want to represent the will of all voters, not just the elite few in our society. On behalf of the CCC and all of our candidates, we hope that viewers will tune in to watch. We need as many voters as possible to get engaged and become a part of this movement for real political change.” 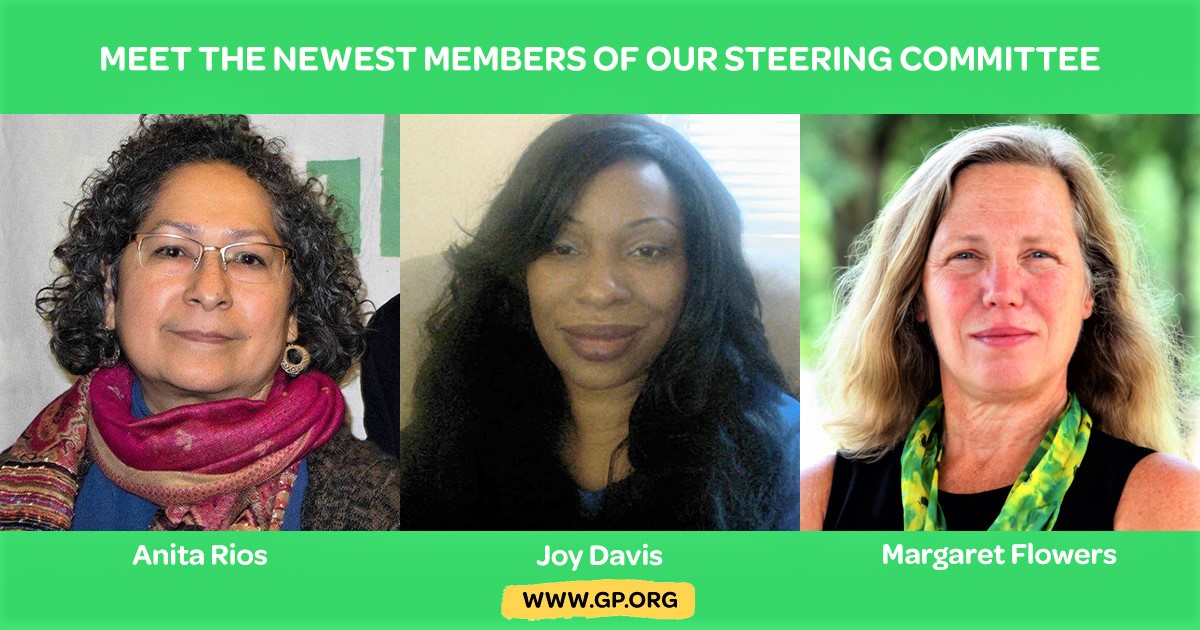 The Green Party announces new national party co-chairs. The National Committee of the Green Party of the United States has announced the election of four new co-chairs, Joy Davis, Margaret Flowers, Anita Rios, and Violet Rose Zitola, and the re-election of treasurer Hillary Kane. Davis, Flowers and Rios were elected July 21 to replace steering committee members whose terms had ended, Kane was re-elected July 21, and Zitola was elected July 1 to fill a vacancy after a resignation.