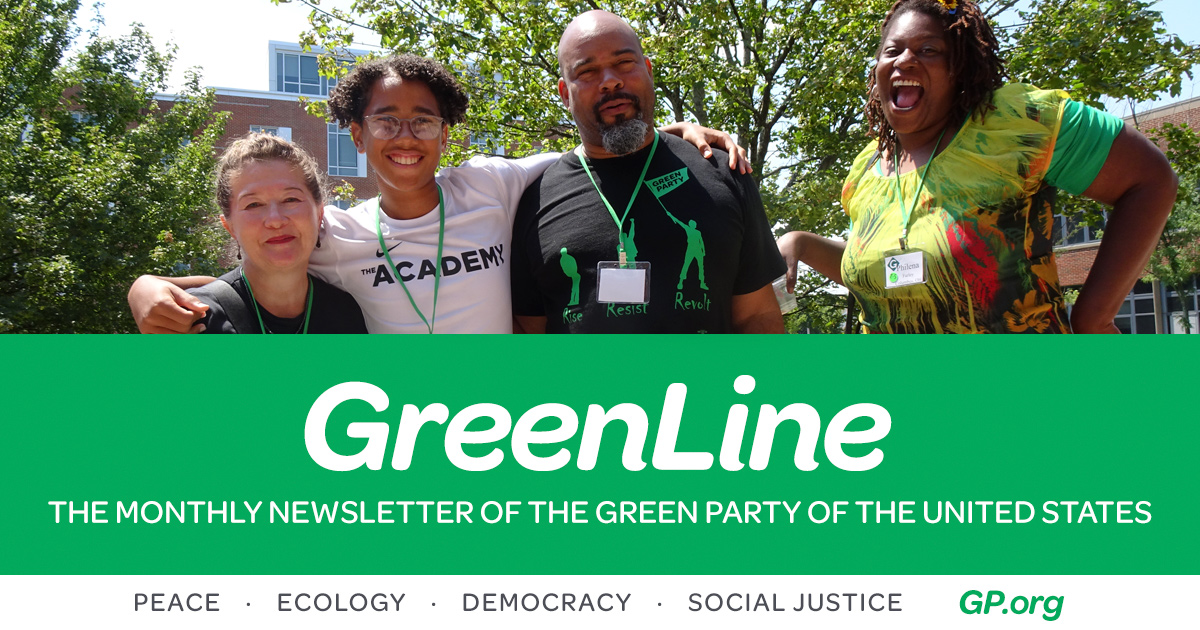 Hello Greens! Our 2019 Annual Meeting was great! There were over 250 attendees with us for long weekend at Salem State University in Massachusetts. This is the largest Annual Meeting we’ve had in at least a decade and we’re very happy about that! If you were there, thank you for coming. If you weren’t there, we hope you were able to watch some of our livestreams and hope you’ll come to our 2020 Presidential Convention next summer.

This August issue of GreenLine is dedicated to reporting back on what happened at the Annual Meeting and to share lots of photos and links to videos that you can watch. I hope you enjoy the articles, photos and videos! 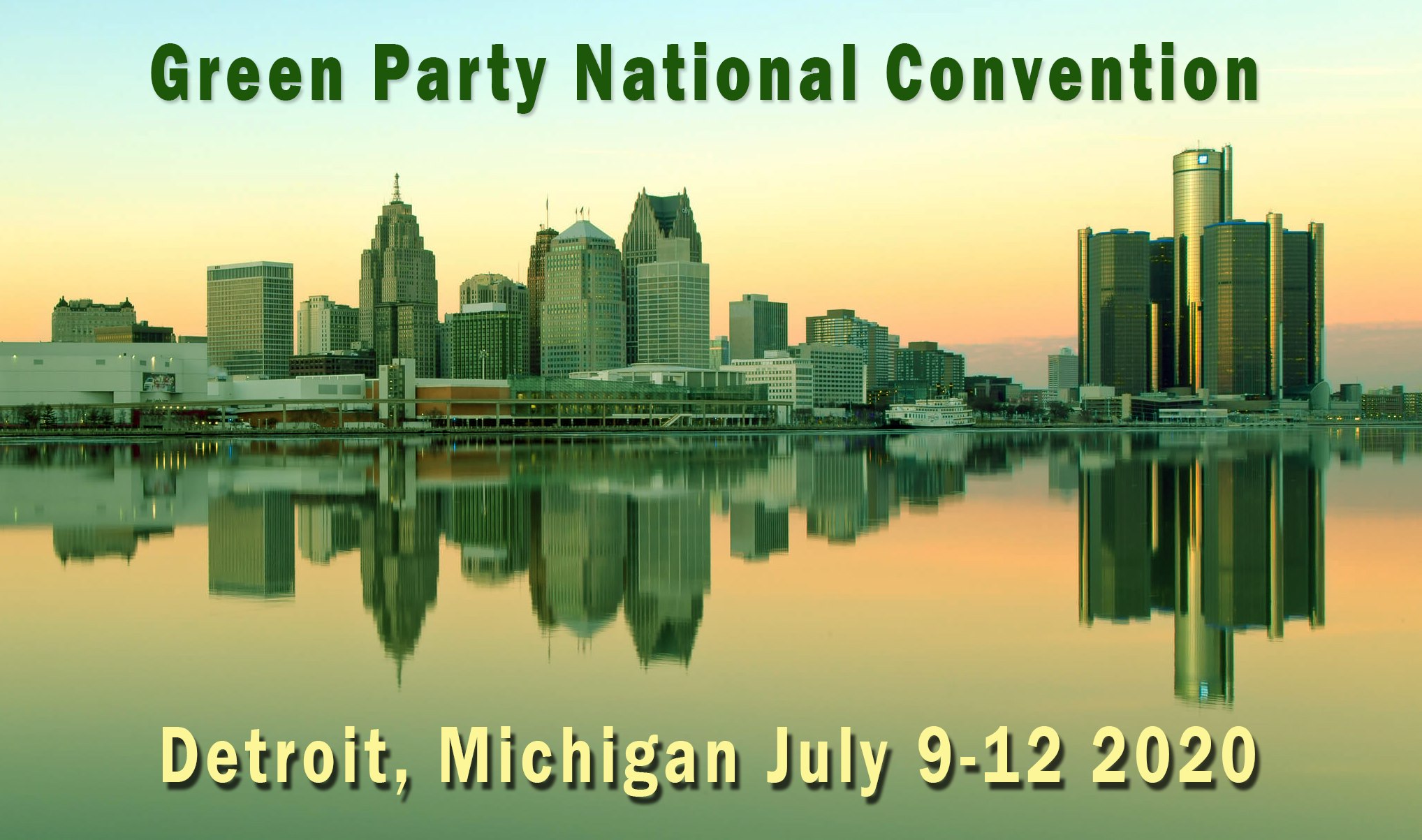 The Detroit Green Party, Wayne County Green Party and the Green Party of Michigan will host the Convention at Wayne State University.

“It’s all on the same chain”: Immigrant Detention, Prisoner Solidarity, and the Crisis of Mass incarceration  – Speaker: Dr. Toussaint Losier, University of Massachusetts-Amherst 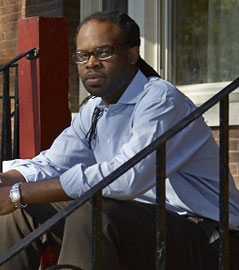 Dr. Toussaint Losier, Assistant Professor in the W.E.B. Du Bois Department of Afro-American Studies at the University of Massachusetts-Amherst, was the opening keynote speaker Thursday evening. Dr. Losier eloquently and forcefully made the connection to the decades long crisis of mass incarceration to the current on-going detention of migrants at the Southern border of the United States.  In the summer of 2018, large numbers of those incarcerated in prisons across 17 states participated in work stoppages, hunger strikes, sit-ins to protest the “modern day slavery” treatment of those living in prisons.

Dr. Losier illustrated the way in which the U.S. prison system, which now holds over 2 million men and women behind bars, anticipated the recent rise in immigrant detention, not only in scale, but also on the reliance of cages and bars to fix broader social and economic problems. He presented the ten demands from the Jailhouse Lawyers Speak (JLS), a network of imprisoned legal advocates and organizers that touched on issues ranging from sentencing reform and legal rights to opportunities for rehabilitation and an end to the exploitation of those imprisoned as slave labor. Dr. Losier  highlighted the particularly egregious plight of seniors who have been incarcerated for decades and are now in need of medical and other supportive services preferably received back into the community.

Lastly, Dr. Losier facilitated a lively question and comment session that examined the way prisoner organizers, like those in JLS, and we as Green Party candidates and organizers can fight to end mass incarceration, close detention facilities, and change our society for the better.

The Coordinated Campaign Committee presented an overview of their work covering everything from the roles and responsibilities of committee members to current and future projects. At the ANM, the CCC also unveiled a new website as well as a new brochure, both designed to be resources for state and local parties as well as candidates.

Here is a sample of a few of the workshops: (click on the title to watch the video on Facebook)

The One Reform to Save America: Ranked Choice Voting at the Green Party 2019 National Meeting in Salem

Media, Messaging and Marketing for Greens at the Green Party 2019 National Meeting in Salem, MA!

Saturday morning kicked off with a showing of the film  Colonization Is Extinction: A Documentary.

Here is a link to information about the movie: http://www.theocho.net/colonization-is-extinction--documentary.html

Here is a link to the video of “A panel discussion on Colonialism as the seed of oppression: 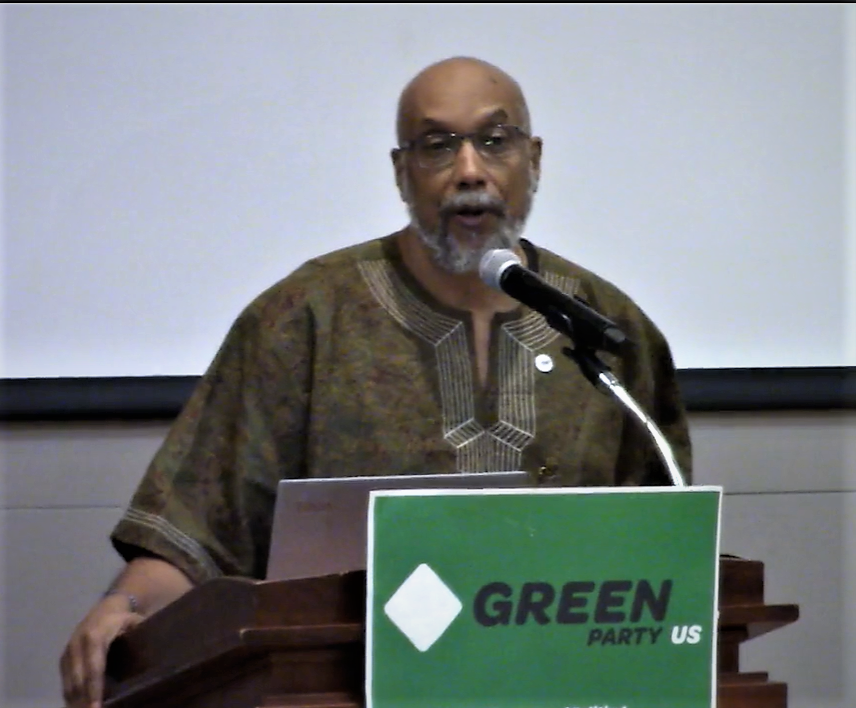 Ajamu Baraka, is the Director of Black Alliance for Peace and 2016 GPUS vice-presidential nominee.

Click here to watch the video of the Keynote Address by Ajamu Baraka. 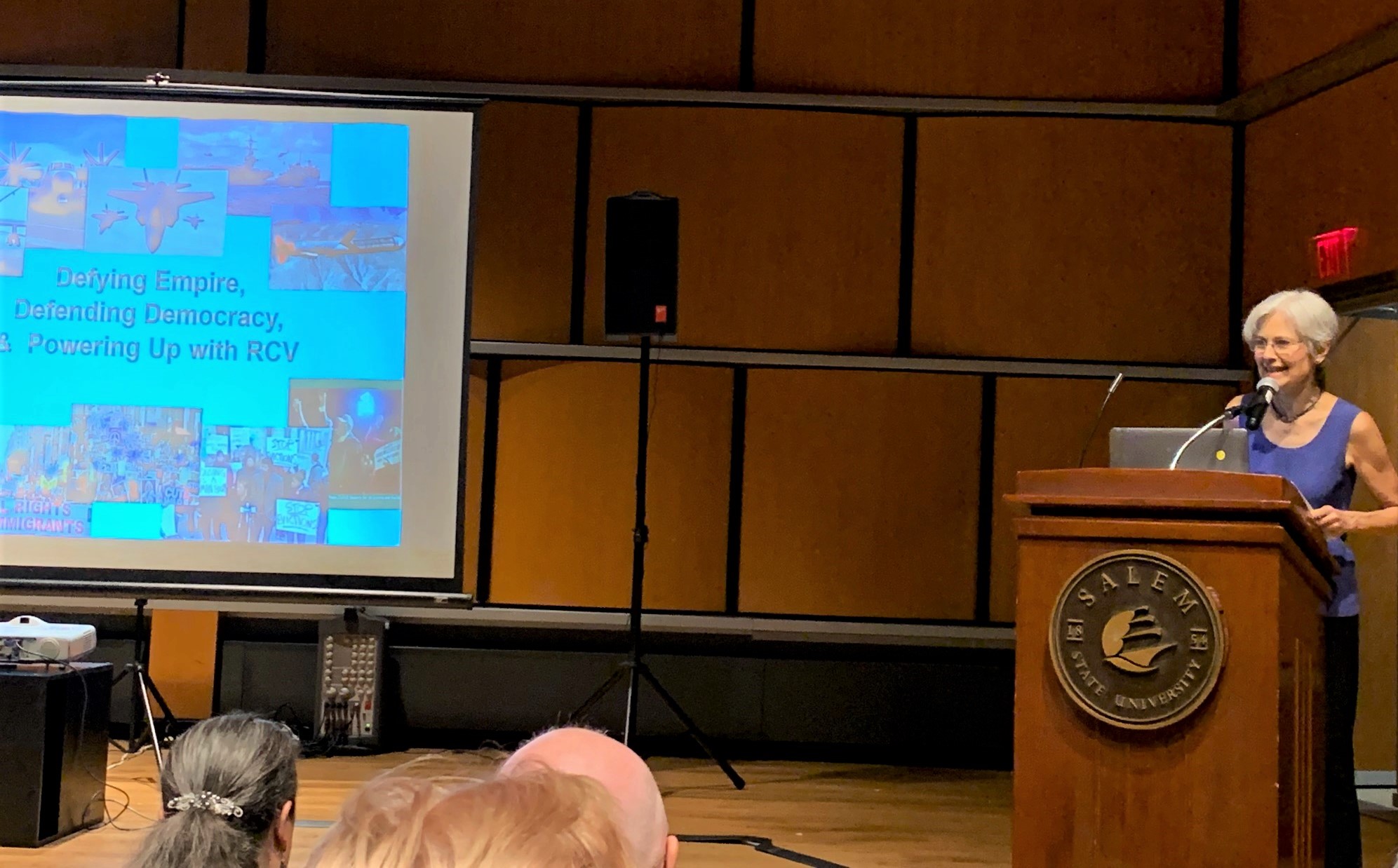 The 2019 GPUS Annual National Meeting was concluded with a presentation and panel discussion titled: Defying Empire, Defending Democracy, and Powering up with Ranked Choice Voting. This presentation began with former GPUS Presidential Nominee, Jill Stein, discussing the role of the Green Party in fighting for electoral reforms/integrity and standing up for the right to democratically participate as a party for the people. This introduction was then followed by Activist/Journalist, James Lane, who discussed the history of Ranked Choice Voting reform in the US and the importance of moving to an electoral system with Ranked Choice Voting, to allow people to vote in their best interests without the fear of "spoiling" elections.

New Steering Committee Members were elected at the Annual Meeting! 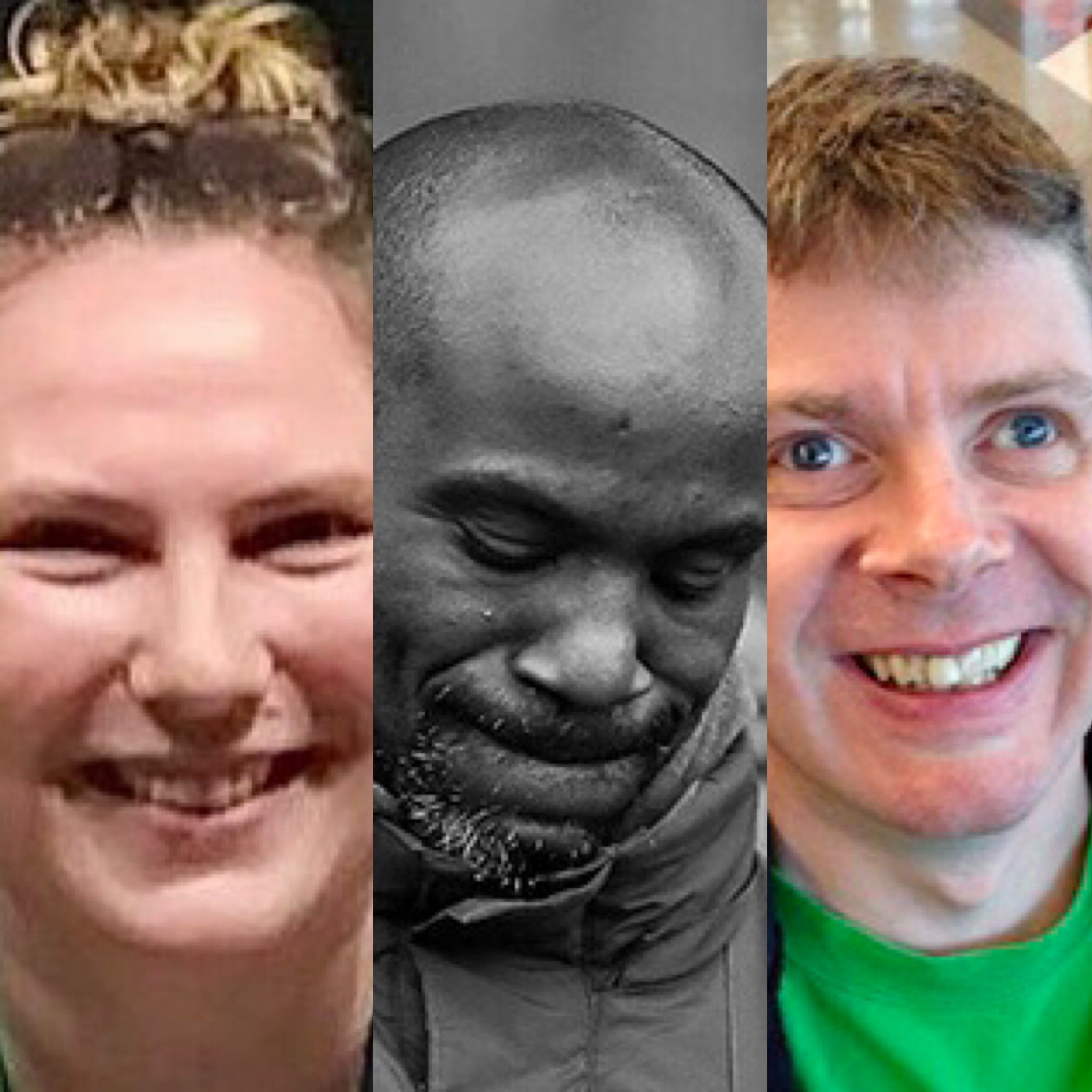 The National Committee of the Green Party of the United States has announced the election of four co-chairs and secretary. Trahern Crews and Kristin Combs were newly elected as co-chairs, joining Gloria Mattera and Tony Ndege who were re-elected to a second term. David Gerry was elected secretary. The election results were announced at the National Committee meeting in Salem, Massachusetts, on July 27. The new Steering Committee members were elected to replace steering committee members whose terms had ended, and join continuing members Anita Rios, Margaret Flowers, Justin Beth and Hillary Kane.

The co-chairs serve as the spokespersons of the party and execute the day-to-day administration and operations. The co-chairs, secretary and treasurer form the party's Steering Committee, and are elected by the 239 members of the Green Party's National Committee, which consists of delegates from state Green Parties and Green caucuses. Read more here. 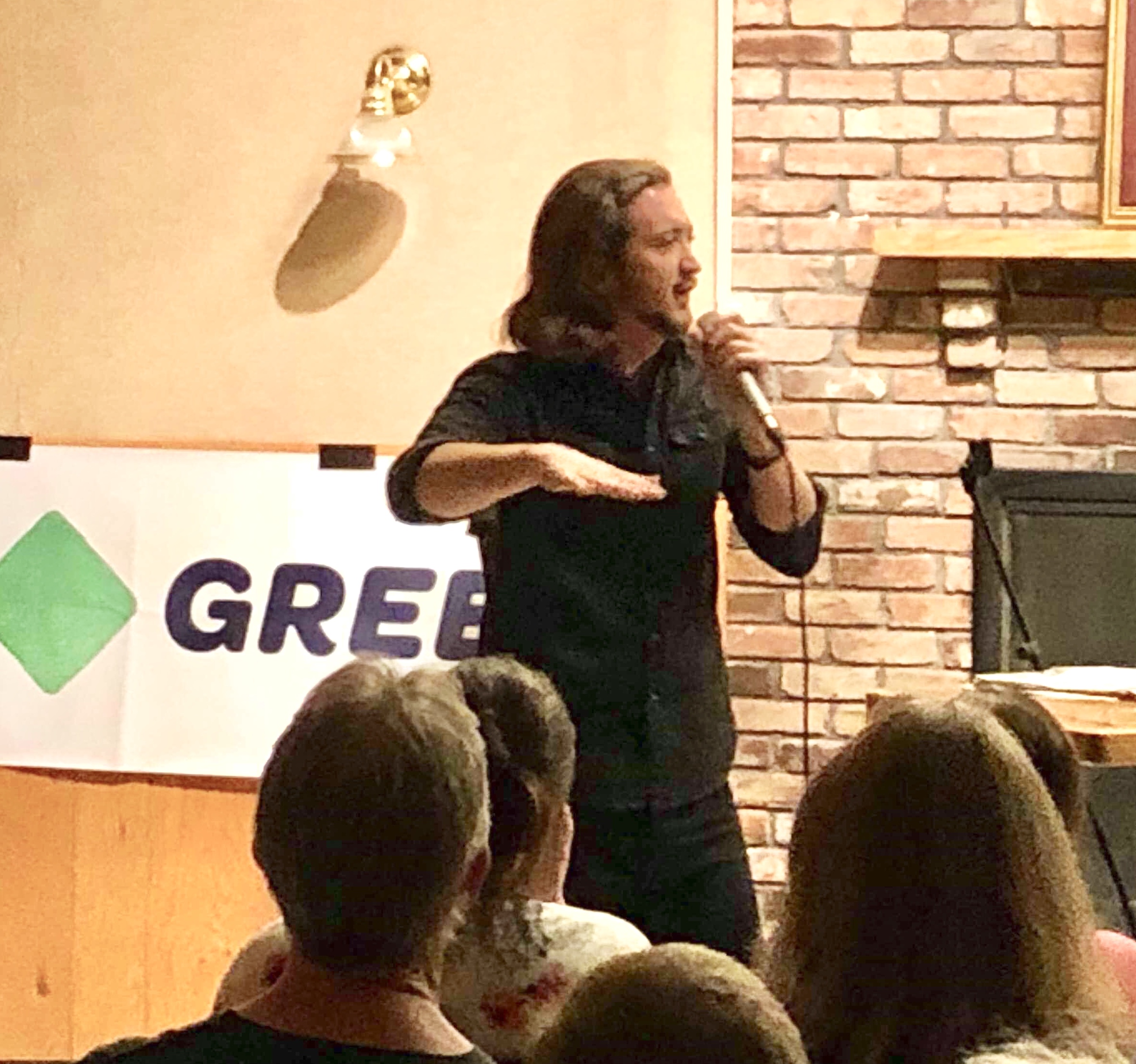 We had a great fundraiser at the Gerry FVA event facility. Woody Caceres, a Maryland Green, was the first act to entertain us. He got the crowd on its feet with his spoken word/performance art.  You can see part of his act here. Ben Grosscup from Massachusetts played his original songs.

Our featured entertainer was comedian Lee Camp, host of Redacted tonight. He had us laughing for over half an hour. We really missed David Cobb as our fundraising “pitchman”. But Hillary Kane, GPUS Treasurer, helped us raise more than $9,000. All in all, everyone had a great time and we raised money. 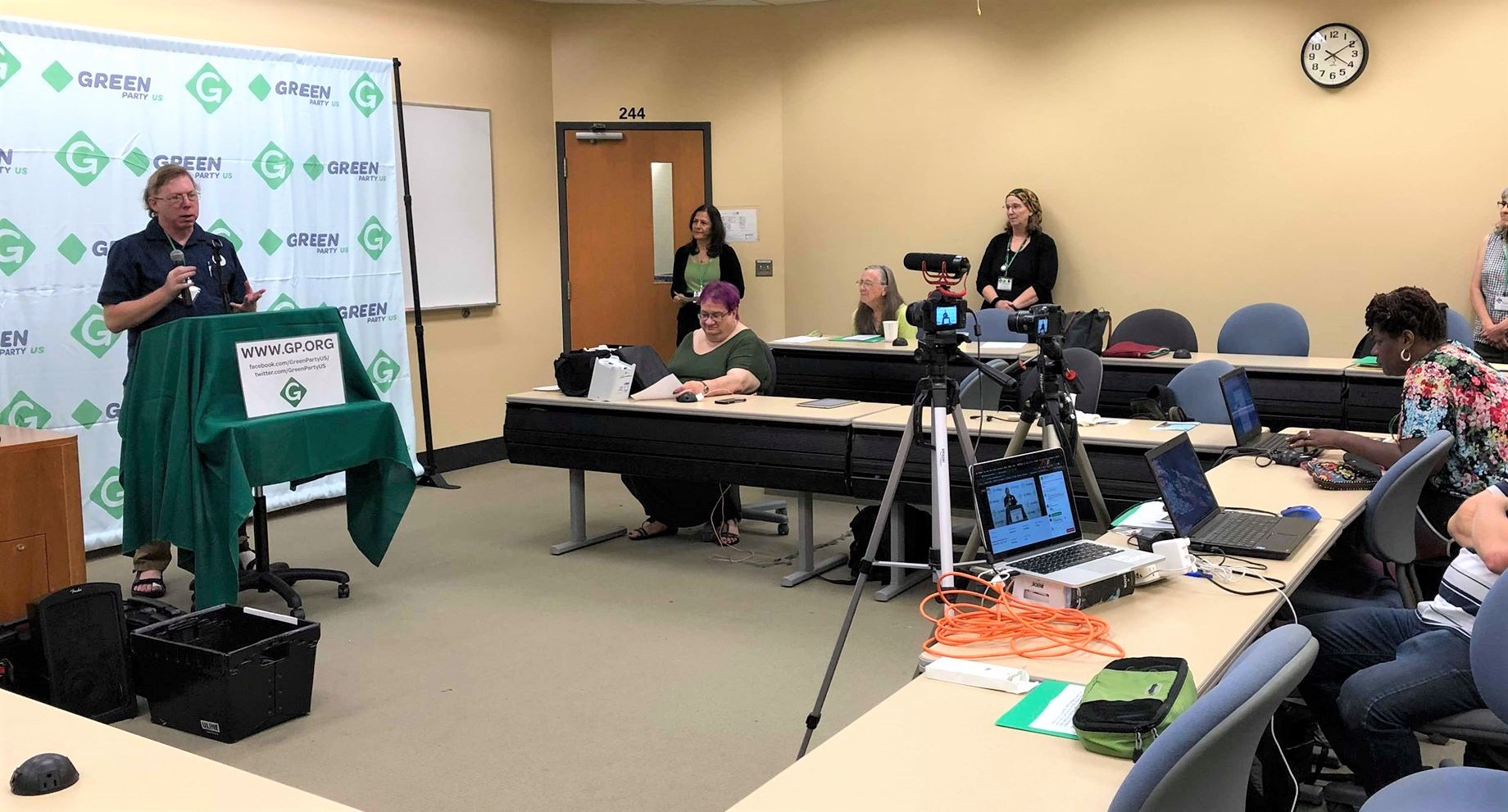 2) Tar Larner, Housing Board, Concord (Massachusetts), at the GP meeting in Salem 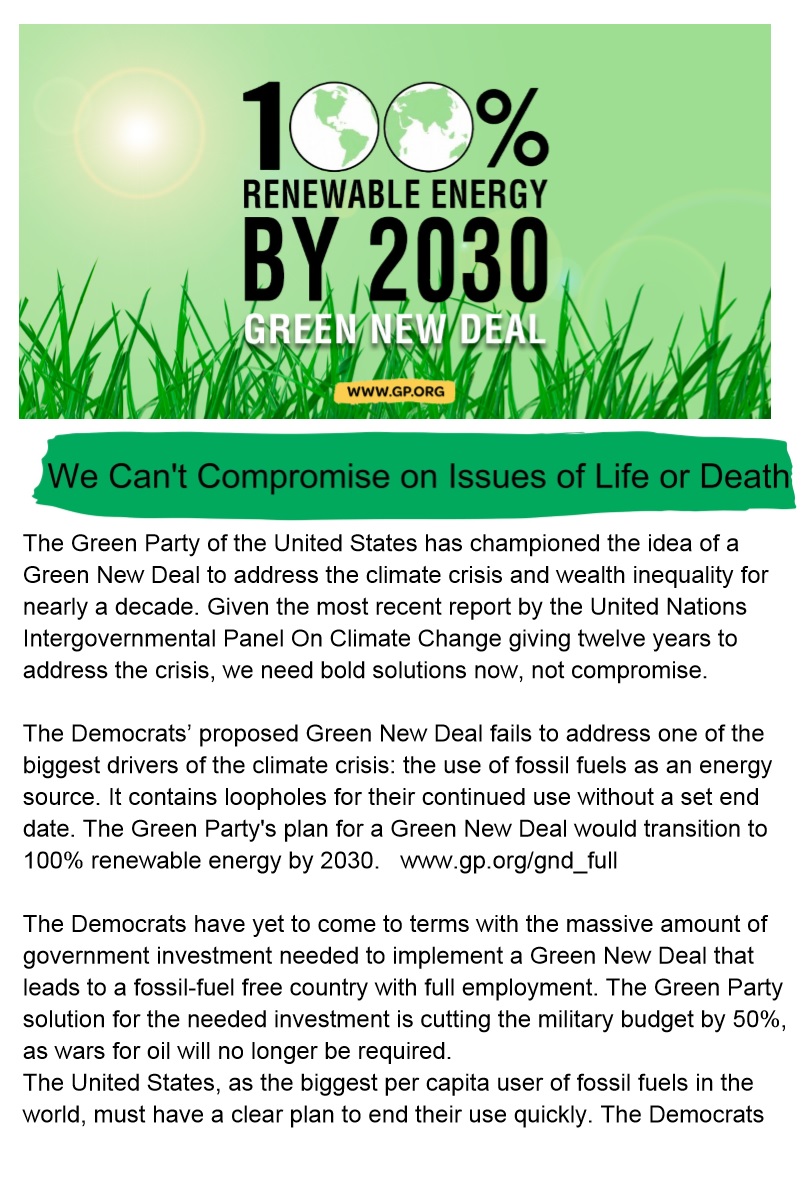