Green Party calls for a halt to nuclear arsenal build-up 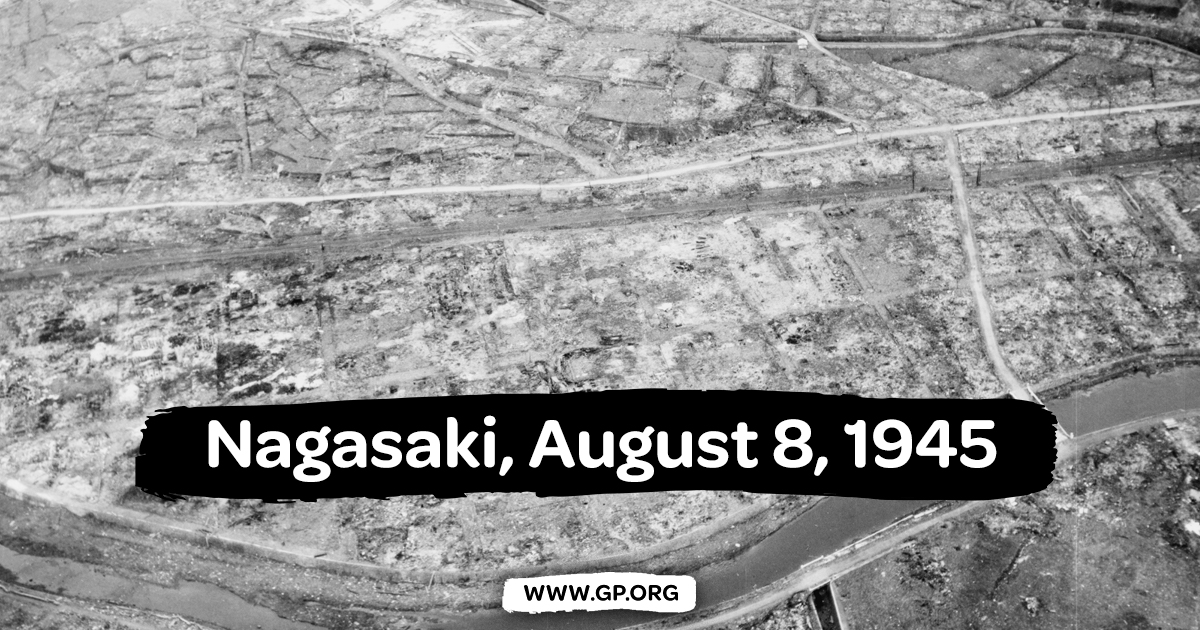 Green Party leaders called for solidarity with the citizens of Japan on the 75th anniversary of the atomic bombings of Hiroshima and Nagasaki in August of 1945, and denounced the actions of the United States government in continuing its wasteful build-up of nuclear weapons. As countries around the world join with the citizens of Japan in solemn remembrance of the horrors of suffering, death and destruction rendered by the United States on the citizens of Hiroshima and Nagasaki at the end of World War II, the U.S. government shows no remorse for its actions.

“The combination of bellicose rhetoric, rising defense spending, and tense international climate has brought the world closer to nuclear war,” stated Madelyn Hoffman, candidate for U.S. Senate from New Jersey and co-chair of the Peace Action Committee. “The reckless policies of the U.S. are the result of its subservience to defense industry lobbyists and are blind to the increasing danger of nuclear war.”

The symbolic doomsday clock indicating the danger of nuclear war, maintained by the Bulletin of Atomic Scientists, has advanced this year to 100 seconds before midnight, the closest it has been since the height of the cold war. The United States has withdrawn from treaties limiting use of nuclear weapons, built up its stockpile of nuclear weapons, and given complete authority to the US president over launching a nuclear attack. Modern nuclear weapons are eighty times more powerful than the bombs that destroyed Hiroshima and Nagasaki, and there are thousands of them poised for swift delivery within minutes after launch.

The Green Party platform demands adherence to international law, including the Kellogg-Briand Pact, Nuremberg Charter and United Nations Charter, which prohibit any and all preemptive wars or first strikes with all weaponry, nuclear and non-nuclear. Peace is one of the pillars of the Green Party. Greens support a no-first-strike policy, a no-pre-emptive strike policy, and the end of research, testing and stockpiling all nuclear weapons of any size, together with the dismantling of all nuclear warheads from their missiles.

While the United Nations Secretary General calls for a ceasefire during this time of global pandemic, the United States continues carrying out acts of war around the globe, including imposition of crippling economic sanctions, drone strikes, and covert and overt actions undertaken to overthrow democratically elected governments. “If war is an addiction, nuclear war is the fatal overdose,” said Haig Hovaness, an officer of the Peace Action Committee. “It is time for the US to reverse its policy of global dominance and seek world peace.”

Global defense spending is on the rise in an unstable world, Marcus, Jonathan. BBC, February 14, 2020

Trump can launch nuclear weapons whenever he wants, with or without Mattis. Blair, Bruce, Jon Wolfsthal. The Washington Post, December 23, 2018

Fukushima Nuclear Disaster and the 2020 Olympics

Photographs courtesy of the Library of Congress

Insert: "Official photograph furnished by Headquarters, A.A.F. AC/AS-2" stamped on back of print
Title: First atomic bombing of Hiroshima, Japan by B-29 superfortresses on August 6, 1945