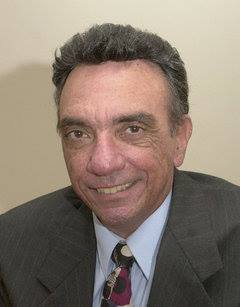 I was born in Manhattan and moved to Staten Island with my parents when I was about two years old. I graduated PS 41, New Dorp High School and in 1975 I received an Associate in Applied Science in Business Administration from Staten Island Community College.

I worked for the New York City Department of Parks and Recreation from 1962 to 1996 for a total of 34 years. I rose through the ranks to the position of supervisor. During those years I worked in parks in Manhattan, Brooklyn and Staten Island including Cental Park, Battery Park, Prospect Park, Clove Lakes Park and Silver Lake Park. During my employment with the NYC Department of Parks and recreation I received training in managment and horticulture.

While I was working with the NYC Department of Parks and Recreation I became very active with the union DC37. I first joined the laborers Local 924. I then joined the gardeners Local 1507. When I became a supervisor I joined the supervisor’s Local 1508. As a member of Local 1508, I ran for union office. I was elected a delegate to DC 37 from my Local 1508. Later on I ran for Shop Steward and held that position for many years.

During my membership in DC37, the union was able to negotiate high enough wages and benefits so that I was able to enter the middle class. This is why I strongly support union membership for all working people.

In 2000 I ran for State Senate against John Marchi with the backing of the Green Party, the Liberal Party and the Working Families Party. In 2001 I ran for Council again against Andrew Lanza, and in 2002 I ran against Vito Fossella for US Congress. In 2012, I ran against Republican Michael Grimm and Democrat Mark Murphy. In 2013, I ran for Staten Island Borough President against James Oddo and Louis Leidy; in 2014 against Michael Grimm and Dominic Recchia. This year I’m running for Staten Island Borough President.

The Green Party and I are running on a progressive agenda of helping the poor and the middle class gain democratic control of society so that we can equitably distribute the wealth that is being produced, and to stop the plutocracies of this nation and world from exploiting Earth’s resources anymore than they already have. With this in mind, I would like to stress the following issues in my campaign:

I know it can be done and we can do it.