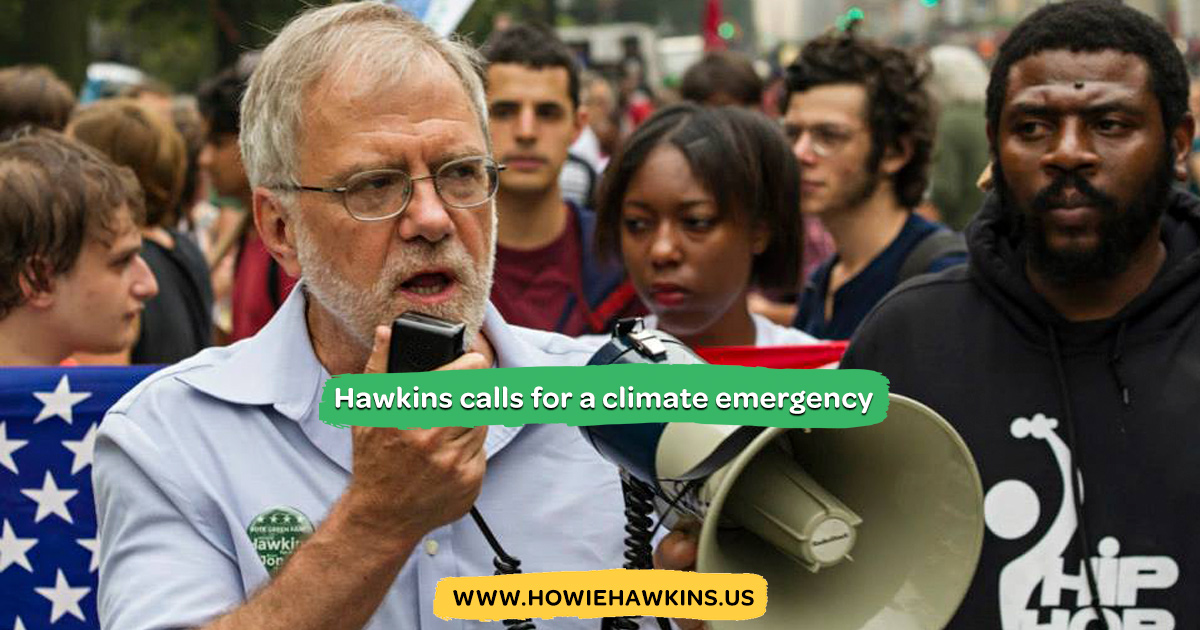 Howie Hawkins, who is seeking the Green Party presidential nomination, today urged the next president to declare a Climate Emergency on the first day in office.

Hawkins said that by declaring a Climate Emergency, the president would likely be able to take immediate steps without Congress, including:

Hawkins, in 2010, was the first US candidate to run on the Green New Deal. The centerpiece of his presidential campaign is an ecosocialist Green New Deal. It calls for social ownership and democratic administration in order to carry through a rapid energy transformation. It calls for socializing key productive sectors, notably energy production, power distribution, railroads, and a domestic manufacturing sector to be rebuilt on a green basis with clean power and zero waste.

Hawkins said the mission of this Green Economy Reconstruction Program is to build a 100% clean energy system and eliminate greenhouse gas emissions by 2030. He would create a cabinet-level Office of Climate Mobilization to coordinate all federal agencies to meet this goal. The program would reconstruct all productive sectors for 100% clean energy–from agriculture and manufacturing to housing and transportation–not just electric power production.

The Hawkins' Green New Deal also includes an Economic Bill of Rights to secure basic economic human rights for all.

"The Green New Deal has been the Green Party's signature program over the last decade. Sanders' Green New Deal is the closest version yet to the full Greens' full program. We're glad for that. But we need to pick up the pace for zeroing out greenhouse gas emissions. We're running out of time to avert a climate holocaust," Hawkins said.